The future of rugby league under the new stadium deal

Recent announcements by the NSW State government regarding the new stadia funding means great news for the sport of rugby league in NSW and the competition in general.

Another crucial link in the prosperity chain was news that Mike Baird had also promised the allocation of a further $40 million to NRL clubs based in Sydney for the development of Centres of Excellence.

The day after the Baird announcement, this opportunity was seized upon by Manly Warringah Sea Eagles. The club announced they will receive $10 million to match an already existing federal government grant made by Tony Abbott when he was Prime Minister.

This will see stage one of Brookvale Oval’s upgrade plan of a grandstand on the eastern side of the ground holding 4000 people, corporate and state of the art training facilities.

This second bit of news is particularly exciting for NRL fans. With Penrith moving forward with their amazing academy and future stadium plans, the Eels new stadium, Cronulla Sharks commercial opportunities regarding future ground development, the NRL will be a perfect mix of traditional suburban grounds and state of the art larger stadiums.

This will no doubt push attendances to historical highs. Some clubs like Wests Tigers and the Dragons must decide if they choose to see their future in suburbia, big stadiums or a mix of both.

I’m of the opinion these stadium developments in NSW will ensure the sport at least maintains its position, if not surges further in sporting popularity, as fans embrace the code’s move to the future of big games in big purpose built stadiums. Meanwhile, the game will maintain that tribal flavour in modernised suburban fortresses like Brookvale, echoing the sport’s rich community past.

In a few years time we won’t recognise the game – yet at the same time we will. This ensures rugby league has got it right. On top of free-to-air TV network Channel Seven aggressively outbidding Nine and Fox Sports for the 2017 Rugby League World Cup to the tune of ten million dollars, it’s going to be great being a fan as we welcome a host of developing rugby league countries. 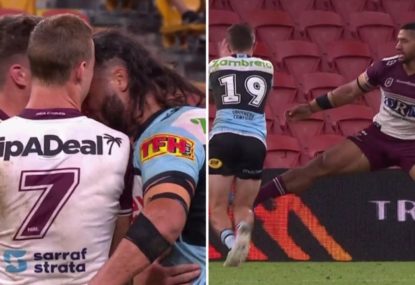