Can Pearson and Tallent match Strickland’s three-peat at Rio?

At the upcoming Rio Olympics, Sally Pearson and Jared Tallent are aiming to medal for a third time in their respective events – women’s 100 metres hurdles and men’s 50-kilometre walk.

Only one Australian athlete has been able to achieve that feat – hurdler Shirley Strickland.

Strickland won medals in the 80 metres hurdles in three successive Games – bronze in London 1948, gold in Helsinki 1952 and Melbourne 1956.

In winning seven Olympic medals, Strickland has won the most track and field medals for an Australian.

Cuthbert returned from retirement to compete at the Perth 1962 British Empire Games, and at the Tokyo 1964 Games won the 400 metres, a new event at the Games. Cuthbert is still the only track and field athlete to win the 100, 200 and 400 metres at the Olympics.

Pam Kilborn, like Strickland, was a champion 80-metre hurdler. At her first two Olympics, Tokyo 1964 and Mexico 1968, she won bronze and silver respectively. In Mexico, she finished behind fellow Australian Maureen Caird. At the age of 33 Kilborn competed at the Munich 1972 Games and finished fourth in the 100 metres hurdles beaten by three Eastern Bloc athletes.

While just failing to medal in three Olympics, Kilborn did however win three successive 80/100 metres hurdles at the British Empire/Commonwealth Games from 1962 to 1970.

Raelene Boyle won a silver medal as a 17-year-old in the 200 metres at Mexico in 1968. She followed this up with silver medals in the 100 and 200 metres at the Munich Games that were affected seriously by a terrorist attack.

Boyle had a controversial time at the Montreal 1976 Games, where she was disqualified in the 200 metres after being found guilty of two false starts, with many commentators regarding the first as questionable.

Sadly, Boyle’s time in track and field coincided with the rise of doping in the Eastern Bloc. She boycotted the 1980 Moscow Games on principle, and gave up the opportunity to medal in three Games.

The Australian Olympic Committee stated that “without much doubt, Raelene Boyle was the fastest drug-free female sprinter of her time. The pity is that she doesn’t have the right gold medal to prove it.”

Cathy Freeman came to our attention at the 1990 Commonwealth Games as 16-year-old, and went on to compete at three Olympics. She failed to medal at her first Olympics, in Barcelona 1992, by only reaching the second round in her new event of the 400 metres.

Freeman won silver at the Atlanta 1996 Games and under enormous expectation won gold at the Sydney 2000 Games. Freeman retired after the 2002 Commonwealth Games.

Champion Australian track and field athletes’ careers are generally restricted to three games, or eight years at the top, and this makes the feat of winning medals in three Olympics very difficult.

So what are Pearson and Tallent’s chances for Rio 2016? Pearson has had interrupted lead-up, with wrist and Achilles injuries, and a late start to the season. You cannot rule Pearson out, as she has previously had interrupted training schedules before medalling at major competitions.

Tallent is in a better position, having recently finished second in the 50 kilometres walk at the World Cup held in Italy. He was beaten by Italian Alex Schwazer, who had just returned from a three-and-a-half-year doping ban and is now under another doping cloud.

I hope one or both join Strickland, as they consistently perform at a high level in major international competitions – that is the sign of a true champion.

The 2022 Commonwealth Games (CG) begins on 28 July in Birmingham, England as the second biggest of all multi-sports competitions behind the Olympic Games… 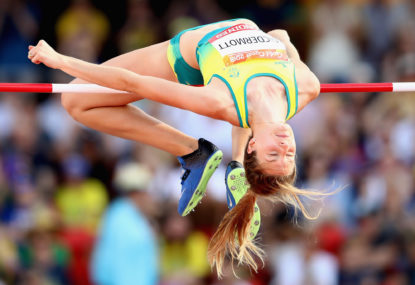 There were many highlights at the 2022 World Athletic Championships (WC) at Eugene, Oregon. Memorable moments included the 400m hurdles with Alison dos Santos… 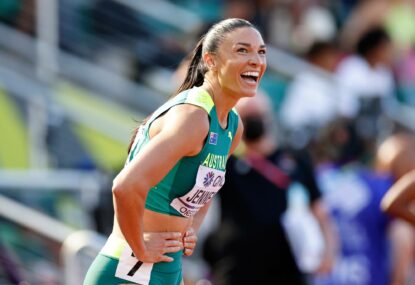 A relieved Peter Bol is through to the 800m final at the World Athletics Championships, but only by the barest of margins. Bol has…

Eleanor Patterson has become just the 10th Australian athlete to win world championships gold with a thrilling triumph in the women's high jump in Eugene.…