State of Origin Game 3: NSW grab victory from jaws of defeat for once

New South Wales have finally pulled a Queensland on the Maroons, scoring in the final play of Game 3 to win Game 3 18-14 over Queensland.

In a game dogged by ill-discipline and handling errors, Michael Jennings gave it the electrifying finish we’d been waiting for, crossing the stripe with 30 seconds on the clock to send Blues captain Paul Gallen out a winner.

On the end of a 12-3 penalty count, Queensland did well to draw ahead with less than five minutes on the clock through Darius Boyd, but in the end it would be NSW’s day.

Greg Inglis opened the scoring for Queensland in the 6th minute, with Greg Inglis crossing in the left corner to extend his lead as the top Origin tryscorer.

A series of uncharacteristic errors from both sides follows, as the Blues and Maroons attemped to play up-tempo football.

While it might have been one of the more forgettable opening 20 minutes in Origin history, but with the Blues getting the better of much of the collisions, and Queensland making more mistakes, it was Tyson Frizell who would strike for NSW, planting the ball over the line after a strong run off the back of an offload.

» Re-live Origin 3 with our live blog

Another series of errors and penalties against Queensland saw the Blues hammer the tryline, but initially they saw no reward for their efforts.

The reward came in the form of a sin-binning, after Cooper Cronk held NSW backrower Wade Graham back in a kick chase situation, resulting in referee Gerard Sutton making good on his earlier promise to Cameron Smith to bin a player for repeated indiscretions. 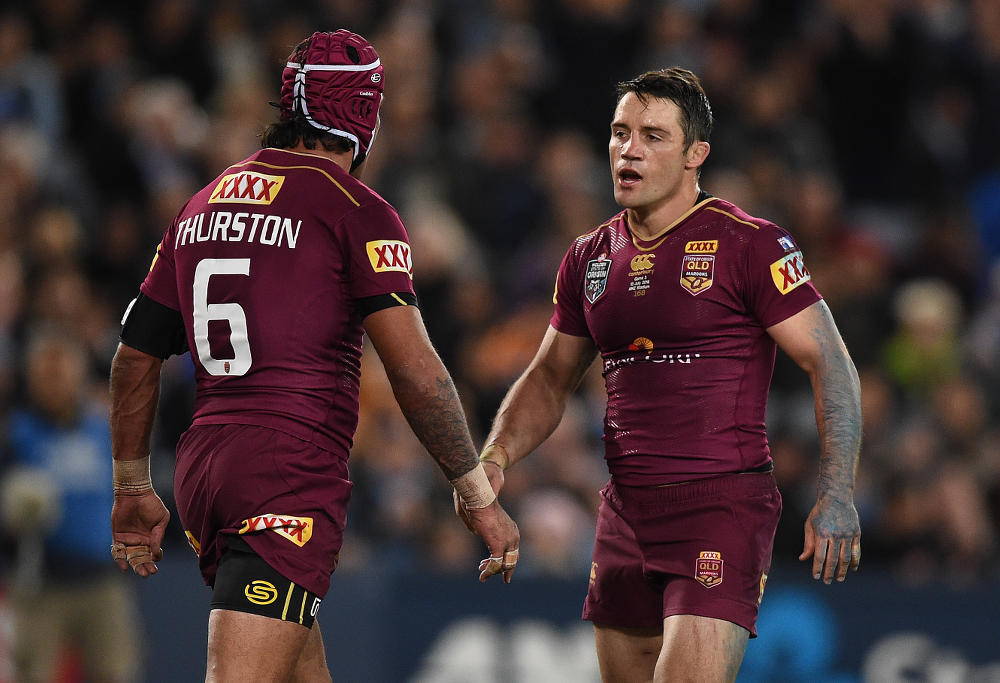 It meant yet more pressure for Queensland, who spent a majority of the second 20 minutes of the first half defending their line.

Remarkably, the half finished with Queensland down 9-1 in the penalty count, but with the scoreboard at 6-4. It capped off a series of examples of impatient play by NSW, and some stoic defence by Queensland in Cronk’s absence.

» Should Cooper Cronk have been sin-binned?

NSW’s try finally came in the first set of the second half, with Andrew Fifita taking advantage of a Justin O’Neill knock on close to the line, after a toe forward found its way into the Queensland in-goal.

It was a controversial call, though, as Michael Jennings was chasing from an offside position but was ruled to have no impact on the play.

A Queensland try soon followed, and to compound NSW’s problems Andrew Fifita decided to run from cooee to put a hit on tryscorer Gavin Cooper.

Not only did Cooper’s try on debut put Queensland back in it at 12-10, but Fifita got ten minutes in the sin bin for his troubles.

But just like Queensland during Cooper Cronk’s absence, NSW muscled up during Fifita’s absence, not allowing any points to be leaked during that time.

With both teams looking absolutely ruined, there was little doubt there was at least one more twist left in this one.

Josh Dugan had left the game with a jaw injury, and on the Queensland side Aidan Guerra was no longer out there having injured his ankle.

The twist came in the form of a slip from Josh Mansour and an excellent chase from Maroons fullback Darius Boyd with six minutes to play. 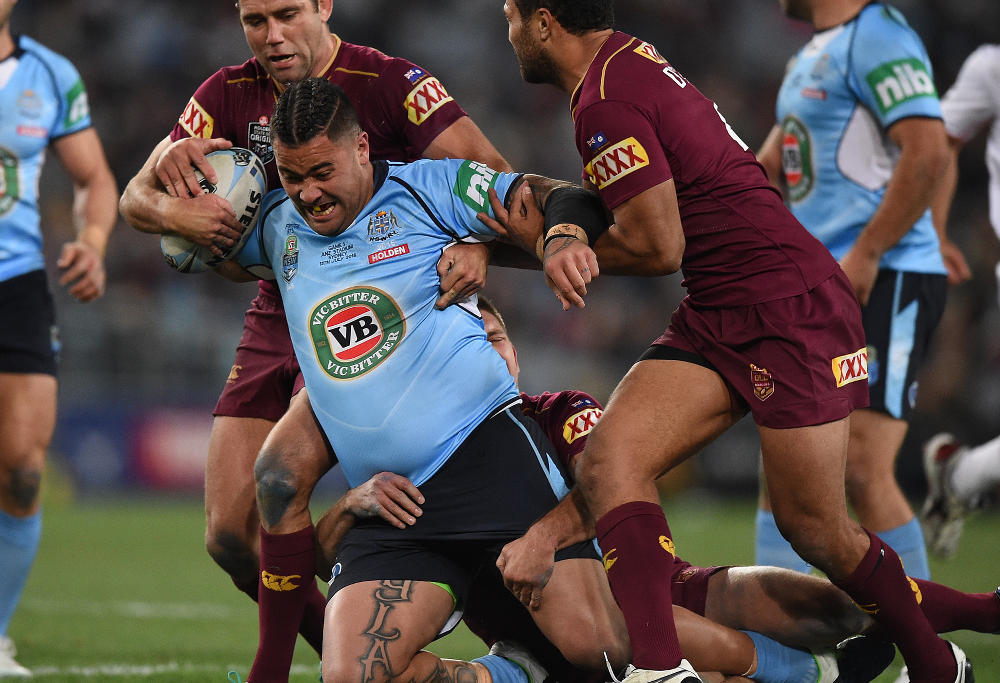 Having defended so well in the second 40, it was heartbreaking for NSW to watch Boyd cross and put the ball down over the stripe after a contested juggle.

But there would be one more telling play in this one. A break from NSW down the right from Blake Ferguson saw the ball fall just short of the line in the arms of James Tedesco. Working its way to the right, Michael Jennings got the ball, stepped off his left twice and burst over the tryline.

Paul Gallen kicked the goal, yes you read that right, and NSW won 18-14.