Origin: Who needs punches? Raw dripping hate is back!

Tommy Raudonikis once told me that he hated Steve Mortimer so much it was like he’d done something to his sister.

Tommy’s pre-match mental ritual was to build himself into such a lather of seething emotion that if he’d seen Mortimer in the carpark he would have run him over.

Mortimer, you see, was Tommy’s main rival for the NSW and Australia jumper. And when Tommy would run out for a game against the Bulldogs champion (well, any game, really) Tommy would become Crazy Tommy, a wild critter who played footy like it was a bar fight with pool cues, and pick-handles, and swords, and nunchucks.

He wasn’t that bad. He was pretty bad, but he wasn’t fighting with nunchucks bad. And he could play footy, too, Tommy. I mean, really play. He was one of the top halfbacks of the 1970s.

The blokes who pick the Immortals would have him on the second step of the podium under Andrew Johns and Johnathan Thurston, and alongside Keith Holman, Mortimer, Peter Sterling, and you’d be leaving out Ricky Stuart, Alfie Langer and Cooper Cronk – maybe a couple of others.

He played for Australia against the Poms when the Poms were like toothless, mad beasts. He played for Roy Masters’ great Western Suburbs Magpies during Masters’ Fibros and Silvertails era. All that amateur man-psych was aimed squarely at Raudonikis, and Raudonikis took into his very soul, rolling it about like liquid hate.

In Johnny Gibb’s first game, Tommy bit him fair on the bridge of the nose. When the skinny, tousle-haired Manly halfback looked up at referee Greg Hartley and pointed out the mangled, bloody chunk of gristle that had been his hooter, the whistle-blower told him, “Get up, son, you’ll get worse than that.”

For such was life in the jungle.

In today’s more cloistered, officious, sensible and – let’s take off those rose-coloured glasses and be fair dinkum – better world, there are few outlets for such legalised, bloody violence. That Ultimate Fighting mob is one outlet if you like that sort of thing, a sport you can kick a man in the head, and knee him in the face, and pound him with punches as he cowers on his back. 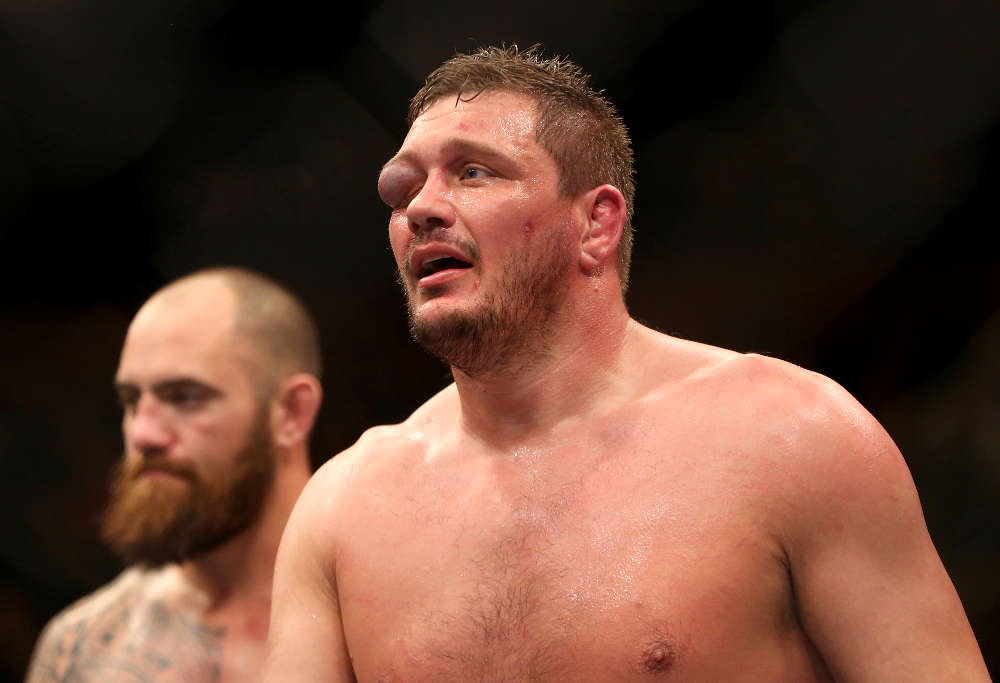 I’m also probably something of a hypocrite, because State of Origin rugby league. Because Game 3 of the series played on Wednesday night, well, that’s what we’re talkin’ about.

That’s the sort of blood-n-bone, and biffo, and seething, bubbling, fermenting hate we’ve come to know and love in the storied three-match super-series.

Origin 3 tossed up many angles and storylines and punchlines (ha! Top stuff, Woodsy!), and saw pundits and punterati, in their way, unleash a torrent of internet invective and talkback gibber-jabber about the goings-on of the ‘dead’ third game of a series decided in June.

For that’s the power of pure derby like Origin. People really care. It’s pantomime villains, it’s Goodies and Baddies. Like Ashes Tests against the Auld Enemy, they all matter.

There are no ‘Friendlies’. The very term is anathema. Friendly? There are no friends here. We are not friends. We hate these people!

Maybe not hate. That’s a pretty strong term to apply to your fellow man, especially one that looks like you and plays on the same team. But great dislike? You bloody bet.

For these players, these blue and maroon action men, suckled on 36 years of State of Origin super-hype, well, they really don’t like each other.

And it’s not a confected or made-up thing, it’s not a cartoon bit of schtick for publicity. There’s actual, genuine dislike. It’s seething, pure dislike. The best kind.

And like Tommy running out onto Brookvale with his nashers literally chomping at the nose, in Origin footy there’s a good, strong, physical outlet for one’s dislike. In Origin, you get to dish out the pain. Even with rugby league’s no-punching rule, there’s still plenty ways to hurt the other bloke.

And Wednesday night’s game was a hurt-a-thon.

With the game over, Parker reacted to the chippy halfback before David Klemmer rushed in with his crazy eyes of Satan, the Kurgan in Highlander – aaargh! There can be only one! – and everyone wrestled or celebrated, or both.

And that would’ve been my standout highlight of the entire series, had it not been for Andrew Fifita – full of self-righteous rage after Gavin Cooper’s post-try celebration included dropping the ball on Matt Moylan’s melon – running many metres across field to pluck Cooper’s head out of the all-Maroon celebration maelstrom, and fling him to the floor.

And then they were all in, both teams, wild and frothing, heads hot like the jungle, channelling years of anger and angst, these hyper-competitive elite-level famous men of rugby league, all going at it.

Top stuff, people. Because that is what we are talkin’ about.

And then, afterwards, when Cam Smith was delivering his speech for winning the series, the NSW players just wandered off. Fuck the speech. Fuck Cam Smith. And merrily fuck Queensland.

And thus did those Queenslanders, who’d so taunted the Blues after winning Game 2 and the series – yes, you, Johnathan Thurston, yes, you Corey Parker – deem that the walk-off was disrespectful.

Which of course it was. It was quite possibly the point.

And Queensland were left to reap what they had sown. Queensland poked its tongue out at NSW and NSW gave them the finger back.