NRL season 2016 has seen more refereeing controversy than any other in the code’s 108-year history.

This is largely due to the bizarre rulings of the NRL Bunker, which we were promised would have a 100 per cent accuracy.

However, the on-field officials have been just as inconsistent. I tend to think the reason why they are so inconsistent is because they don’t know all the rules.

Some of them don’t know about professional fouls. None of them know players are supposed to use their foot to roll the ball back to the dummy half in the play-the-ball.

Most of them don’t know to penalise players who throw or kick the ball away.

Last month at Allianz Stadium, Canterbury-Bankstown Bulldogs back-rower Josh Jackson became the first player in a long time to be penalised after kicking the football away following a mistake.

Flash forward three weeks to Townsville last Thursday and another Bulldog, this time Sam Kasiano, was penalised for throwing the ball away after an error.

However, two days later, the rules seemed to change when on two different occasions the Melbourne Storm escaped penalty despite kicking the ball away. Marika Koroibete dropped a kick, booted the ball away, no penalty.

That same game, off the back of an error, Tohu Harris kicked the ball away, still no penalty.

With the finals only six weeks away, I am concerned that the referees are not all on the same page.

I don’t know what the referees do for training, but it obviously isn’t working. As long as all the officials are all familiar with all the rules, the rest of the season should be a smashing success.

And come season 2017, the referees must be properly trained to know all the rules for any situation.

What do you think Roarers? How can we get the refs on the same page and ensure a bit of consistency? 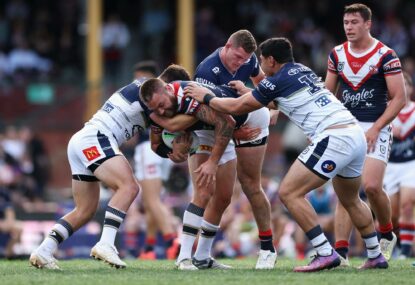 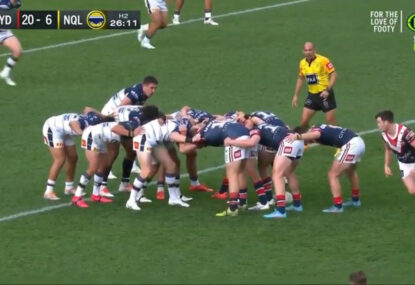 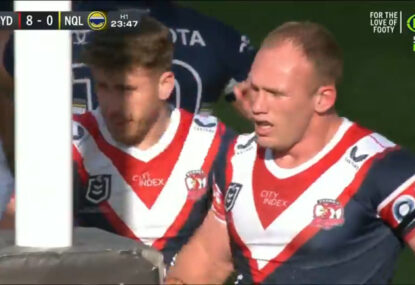 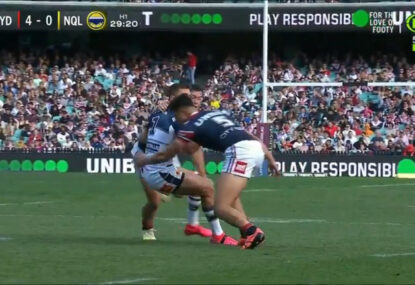