The third Test at Edgbaston in Birmingham against Pakistan saw England captain Alastair Cook become the highest run-getter for England across all the three formats, surpassing Kevin Pietersen’s tally of 13779 international runs.

Most impressive of Cook’s achievents is that the runs are equally distributed across every opponent and diverse conditions.

With 10,557 runs in 132 matches, he scores almost 80 runs per Test match, which puts him in the list of Test match greats. But it’s his numbers in Asia that are something really out of the box.

In an era where people have found it harder and harder to score runs in Asia, Alastair Cook has not only outclassed his contemporaries but those who came before him.

With eight hundreds in Asia, the highest by a non-Asian batsman, Cook’s tally of 2252 runs at 60.21 in these conditions is simply phenomenal. Hashim Amla is the only one among the current crop of non-Asian batsmen who can challenge Cook’s stature in that regard.

What’s so special about Alastair Cook? Is it the numbers, or is it his calm and serene presence at the crease that gives us a belief that batting is still all about application and determination.

His numbers and his calming presence at the crease speak a lot about him, the aura that surrounds Cook is created by his monk-like attitude towards the game. He is just unfazed or unaffected by any kind of situation.

He never over celebrates a hundred or looks too disappointed at getting out for a duck. His mind still works like a student of the game even when he is 200 not out. He always seems to have that belief he can get a big score next time around whenever he falls cheaply.

You need that kind of attitude to succeed, don’t you? Cook may seem an old-fashioned, one-dimensional, dull or boring batsman, but he gets those hard runs and is willing to grind every time he walks out to bat. Be it at Galle against Sri Lanka in 2007, or the Gabba in the first Ashes Test in 2010, or Ahmedabad against India in 2012, Cook has always thrived under the toughest of the situations.

He has this habit of conquering such extremely challenging situations. Not only has he led the English side from the front, but also taught them how to bat under such demanding circumstances.

Chef’s England career so far has not at all been easy. His batting has been questioned and his captaincy been scrutinised, but he let his bat and tactics on the field do the talking. The way he bounced back from the biggest lows of his career to reach the new heights has been remarkable. Taking you back to the summer of 2010, after having a disastrous time with the bat throughout the summer, Cook was just an innings away from being dropped in the third Test against Pakistan at The Oval.

But a resilient second-innings hundred against a good Pakistani bowling attack somehow ensured his place in the side. What followed was simply incredible. That bit of a hiccup put his back against the wall. Afterwards came runs galore.

The Ashes series that followed produced 766 runs in five Tests down under, including three centuries. That certainly played a massive role in England winning the Ashes down under after 24 long years.

Moving on to the summer of 2014, Cook faced one of the biggest lows of his career when England lost the second Test to India at Lord’s. In awful form and the England team going nowhere, calls for sacking him as captain were spreading around the British media and cricketing fraternity.

But, in spite of all the criticism and negative publicity, Cook remained calm and managed to maintain his composure and was all but determined to turn the things around at Southampton in the third Test.

Cook worked extremely hard on his game, especially on his forward press and scored a fighting 95 on the first day. Those were ugly runs, not at all anywhere near to his best, but runs are runs. He followed it up with an unbeaten 70 in the second innings and England went on to win the Test match.

Back among the runs, and perhaps for the first time since Ashes 2013 down under he looked like the Cook we knew so well. Smiling, confident and doing what he knows the best, bat and bat and bat. Between May 2013 to April 2015 were the toughest two years of Chef’s career. He went without a Test century for 35 long Test innings.

The boy who raced to 25 Test centuries had to wait for a long, long time for his 26th. In the same time, Cook not only lost his one-day captaincy but also his spot in the team, having been sacked just prior to 2015 World Cup. Either side of these two years, Cook had a wonderful time with the bat.

His records are just the testimony to his hard work, determination, application and consistency. To add to it, the fact that he has been the opener throughout his career only glorifies his achievements. The life as an opener is never easy. His Test career so far has been remarkable and is a highlight in itself, but the Ashes series down under in 2010 and the winter series against India in the sub-continent in 2012, where he scored three consecutive hundreds, are just some of the glorious moments of his illustrious career.

He has already scored over 10,500 Test runs and is only 31. If he keeps himself fit and is as hungry as ever no one can stop him from playing for another five to six years. We could see some of the records in Test Cricket being given a serious scare if that happens. 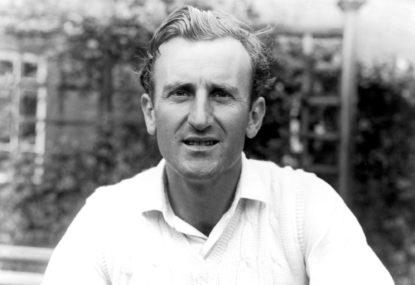 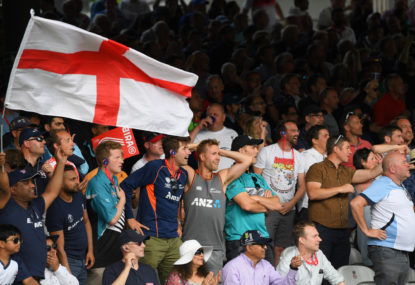