Age has caught up with Usain Bolt, but opponents never come close

Usain Bolt is responsible for the best, but saddest, quote of the Rio Olympics – “I’m getting old, I’m slowing down, it’s time to get out quick.”

Quick – now there’s a word that is all Bolt, although mighty quick would be a far more accurate description, the fastest and most successful sprinter of all time.

Sad because we’re never going to see the most charismatic easy-going athlete who has drawn countless thousands of extra fans to the track.

When the Jamaican wasn’t running in Rio the Olympic Stadium was a fifth full at best. But when he was on duty it was a chockers crowd, 60,000-strong, and thunderous in their applause.

He’s 30 tomorrow, and retires with nine Olympic gold medals from nine finals in three events, the gold equal of the Flying Finn Paavo Nurmi from six events, and American Carl Lewis from four.

But there’s no argument, Usain Bolt is the best of three – never beaten in three Olympics, while Nurmi won three silvers in four Olympics, and Lewis one in four. 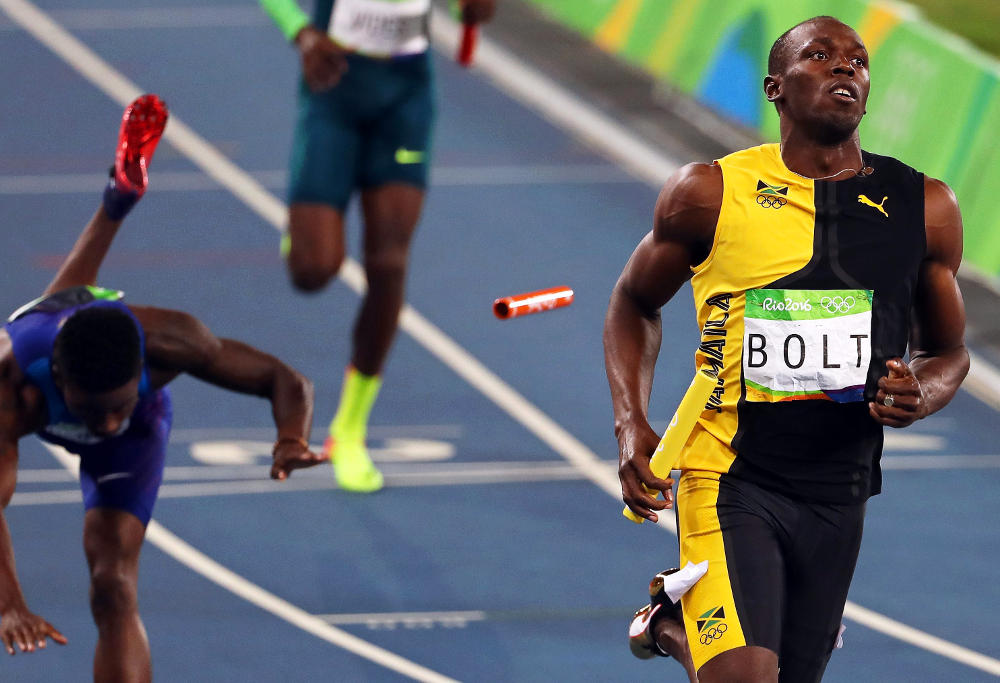 In the 200m, it’s an even more dominant Usain Bolt story.

The former world record holder Michael Johnson figures in three in the top 30, ranging from 19.32 to 19.71.

So the curtain falls on a genuine, irreplaceable super-star, who has one regret – that he didn’t become the first to crack the 19-second barrier for the 200m.

But for his last individual event it was cold and wet, hardly conducive to a history-making time.

Nonetheless, Usain Bolt strides into the sunset with sporting fans worldwide grateful they had the privilege to witness so many spine-tingling moments.

No-one has ever struck like the Lightning Bolt – the 100m, 200m, and relays of the future will never be the same.