Directly after the Match Review Committee decided that Michael Ennis’ shoulder charge on Blake Green on Saturday night in Melbourne was just hunky dory and “The Menace” was free to play this weekend – no doubt along with his wrist-strapping artiste teammate Andrew Fifita – the very same committee decided to rub Jack Wighton out for the season for an incident that is overwhelmingly viewed as no worse than Ennis’ effort.

We look for three key indicators when determining whether a shoulder charge has been made.

The upper arm of the defender must be tucked in to his side at contact.

There is forceful contact by the defender to any part of the body of the attacking player.

If all three of these indicators are clearly identified in an incident then a player will be charged with a shoulder charge.

In the case of Michael Ennis, it’s very clear that the left arm of Ennis is away from his body and not tucked into his side. So no charge was laid. In the Wighton incident the MRC was satisfied that all three indicators were present and so a charge has been laid.

So the fact that the MRC believes that Ennis’ arm was away from his body – something I’ve seen absolutely no evidence of – was enough for the MRC to ignore that he made absolutely no attempt to wrap his arm around Green and that he left the Storm five-eighth crippled on the turf. 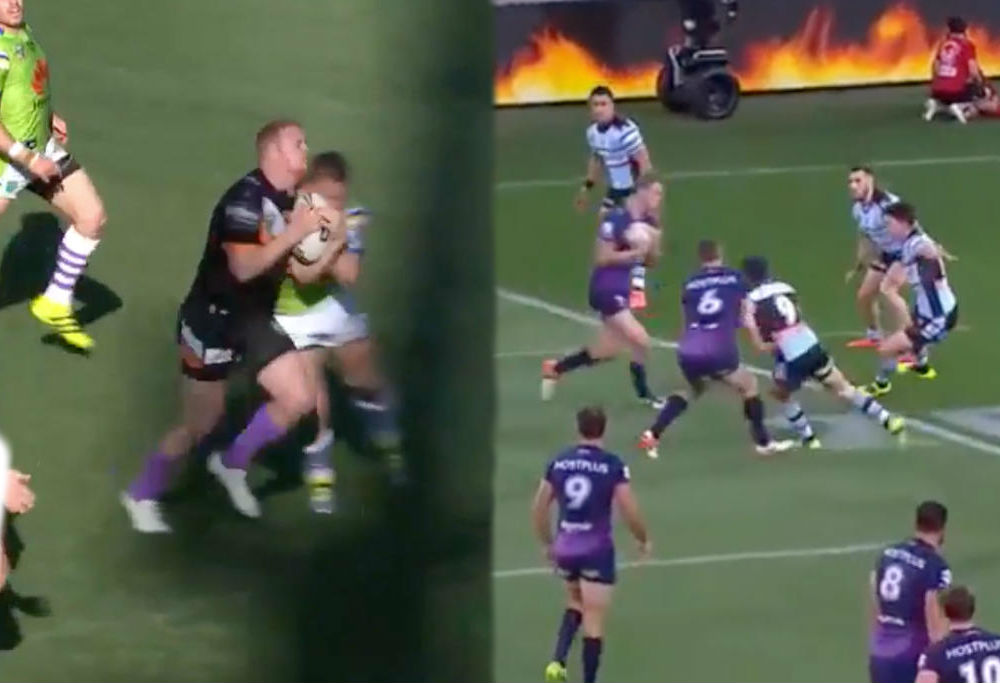 Under these stated terms it should be virtually impossible to get charged with a shoulder charge. Ennis’ effort is case in point. Everyone in the world bar Buettner and his mates thought it was a clear shoulder charge. However, they found a way to let the Sharks hooker off.

Well done you! For NRL HQ’s next trick the Integrity Committee will declare Andrew Fifita a top bloke who is just misunderstood. 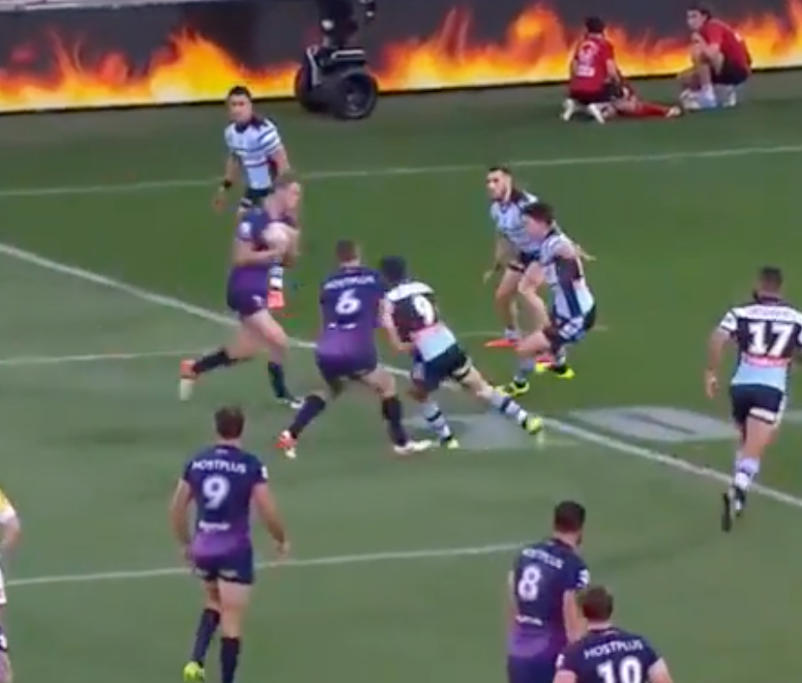 There is no question that Jack Wighton smashes ex-team mate Joel Edwards and smashes him good. This season he has also smashed Sam Perrett and numerous others. However, the video clearly shows that his arms are both well away from his body.

However, Mick Buettner and his mates decided that it was conclusive that Jack was guilty of all three factors. And not just that but that it was also worthy of a four-match suspension.

Have a look at the videos. Do you really think that there is evidence conclusive enough to say Wighton’s arms aren’t away from his body at the point of impact and that there is any evidence that Ennis’ arms are?

Remember, the tribunal does not and cannot compare the Wighton incident and the Ennis incident as a way of dropping the charges against Wighton. It has to be done on the actual incident and only the incident.

For mine, Buettner seems to have given the Canberra Raiders legal team their ready-made defence. All they have to do is show that any one of those three criteria aren’t ticked off. That assumes that the tribunal operates from the same rule book as the MRC. However, given how the NRL seems to operate that is no sure thing.

But how on earth did it come to this?

Back in July 2002 Referee Bill Harrigan was stood down for – rightly in my opinion – sin-binning four Eels players. Then referees boss Graham Annesley, now the Titans CEO, told Bill that, although his rulings may have been correct that he should have thought about the “bigger picture” before carrying them out.

Ironically, the first of the four players that Harrigan sin-binned was none other than Mick Buettner himself.

Surely the MRC Coordinator could have thought of the bigger picture before handing down two such vastly different decisions on similar incidents.

Surely Buettner should have realised that after the season they’ve had that Todd Greenberg and his besieged bunker just wanted this week to be about football and not inconsistency.

Because that is what it will now be about.

If Buettner had just been smart enough to think of the bigger picture and given Wighton Grade 1 instead of a Grade 2, then the Raiders may have sucked up a one-week ban.

However, Buettner wasn’t that smart. Four weeks is ludicrous. It’s inconsistent and it is not fair in any way. 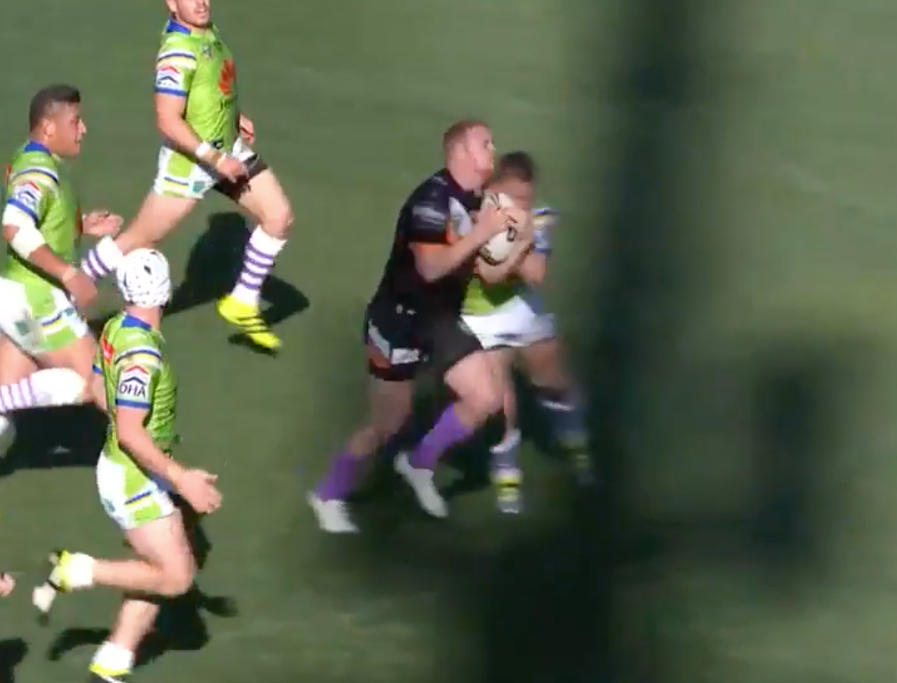 The city of Canberra, that was bubbling with excitement of their sides first top-four finish in 21 years, is now white hot with rage at this incredible hypocrisy and injustice.

If you wanted to breed a siege mentality down in Canberra, Yass, Goulburn and Queanbeyan, you couldn’t have done it better than Mick Buettner and his mob have managed.

This incident is the straw that must break the Buettner’s back. After years of poor charges being laid and other players inexplicably escaping suspension (let’s talk ref touching for starters, and Nathan Brown getting off for stomping on Agnatius Paasi), this incident is hard proof that they aren’t up to the job.

I pray that the tribunal will see common sense and that Jack Wighton will be cleared of all charges on Wednesday night and will take the field on Saturday evening.

We want to see the best of Rugby League this September and Jack Wighton is part of what is best about season 2016.

Let’s pray for common sense from NRL HQ. I’m awfully tired of being disgusted with them…