As far as I can tell, Quade Cooper’s enjoyed a quiet weekend; fresh from signing a new three-year contract with the Queensland Reds, which is great news for the Reds, Wallabies and Southern hemisphere rugby.

Back onto Suncorp Stadium next week, familiar turf, behind a halfback in good form and a Wallabies pack unburdened from manning up against the All Blacks forwards, what’s not to like about the prospects of seeing Cooper once again inject a bit of skill and creativity into the Wallabies attack?

Assuming he can keep Bernard Foley from stepping on his toes.

But this column isn’t just about Tokoroa’s finest. Sorry if you’re feeling gypped, but feel free to hang around anyway. And, while you’re here, don’t forget to recycle all your anti-Cooper, pro-Cooper comments in the box below.

If it’s any guide, Mark Ella used his Saturday column in The Australian to howl down Cooper’s re-selection. Fair enough too, it’s an opinion column and one he shares with many.

Although his rationale – that Cooper is playing too deep to be effective as a playmaker – loses currency when his preferred option, Foley, in the Sydney Bledisloe Test, repeatedly positioned himself deeper in the pocket than a Scotsman’s change.

With the Rugby Championships taking a week off, and Super Rugby now forgotten by everyone except Hurricane’s tragics, this weekend was a chance to take in some ‘third tier’ rugby; from the ITM Cup, NRC, Aviva Premiership, Guinness Pro 12 and the French Top 14.

Oops, see what I did there?

More on the Northern hemisphere later, but first to one of world rugby’s iconic grounds, Holmesglen Reserve, Ashwood, home of the Melbourne Harlequins Rugby Club and the second round NRC match between Melbourne Rising and Queensland Country. 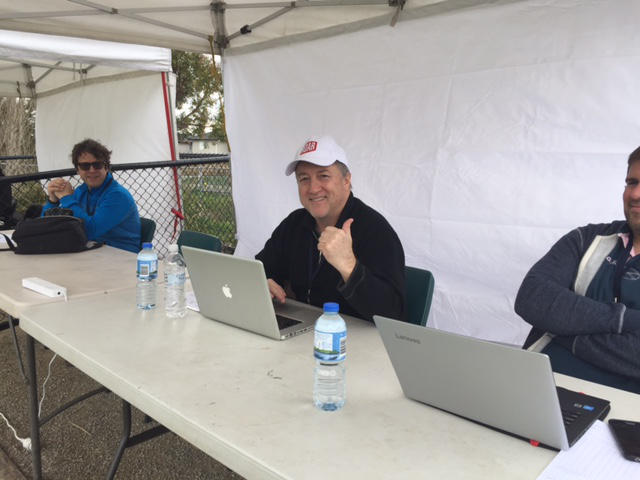 But a notable lift in intensity after the break, coupled with the injection of a much improved Jack Debreczini at fullback, saw the home team score four unanswered tries, coming away winners 46-32.

The rest of the NRC round saw the Sydney Rays play slightly better wet weather rugby than the Perth Spirit, the highlight of this match being Fox Sports’ comments man Cam Shepherd and Rays halfback Matt Lucas not realising that the match stream was still live while they got set up for a post-match interview.

Without wishing to embarrass either of them any further, let’s just say we learned that Lucas enjoyed his trip to Rio for the Olympics. A lot.

I’m not convinced that Brisbane City was the better side against the Western Sydney Rams, but they took their opportunities better, including a cracking 95m effort by the flying Mitch Felsman. 44-36 to the home side.

Fans despondent that assertive ball running seems to no longer be a requirement for an Australian No.8, will surely have noticed the Ram’s Tyrone Viinga, and be wondering why it has to be so.

For those curious about Will Skelton, he got through 65 useful minutes – well, 55 minutes if you deduct 10 for a sin bin – including some nice runs, deft offloads and, wait for it, a couple of lineout wins to boot!

His sin bin was mystifying; apparently for a high shot on Nick Frisby that was all clean air. Referee Ed Martin then compounding the confusion by completely missing an actual high hit by Viinga on Lukhan Tui, which forced him from the field concussed.

In Canberra, the home side went missing in action, NSW Country putting on 60 points before the Vikings got interested. Nobody saw that coming.

Around the world then, and what did we learn?

Contrary to some reports, the ITM Cup isn’t all champagne rugby. It’s consistently willing and purposeful, and throws up wonderful new talent with regularity. That said, it was great to see old-stager Jimmy Cowan fighting to the bitter end as his Southland side eventually gave way to a powerful Auckland.

What is apparent – and this is by no means a scientific sample, taking in random matches from five different competitions over a single weekend – is that rugby, in general, now looks and feels much the same, regardless of the location.

There are differences certainly, but they are mostly at the margins, as opposed to lazy ‘kicking north’ and ‘running south’ stereotypes. Nothing revelatory there perhaps, given the influx of southern hemisphere players and coaches now liberally sprinkled through the northern competitions, as well as more consistency in refereeing interpretation.

Some of the similarities are striking. Lineout turnovers are endemic everywhere – an obvious area of competitive advantage for any side who cares to put the work in and get their consistency up to 90 per cent and above.

Most teams seemed to lose shape too easily. The exception was Canterbury, who most resembled a Super Rugby side, a cut above in re-aligning their attack quickly, and in ball retention and continuity.

The other side who looked well organised was Saracens, on their way to a comprehensive 35-3 win over Worcester. Man of the match was Billy Vunipola – wouldn’t you know it, a hard-running No. 8.

What was common to all games was defensive physicality, helped by too many players running into contact rather than making the ball do the work.

It is here that we see most New Zealand sides more prepared to try and work the ball around – in general – even if behind the advantage line, or at the cost of spilled ball – of which there was plenty.

By contrast, the Toulon versus Brive match skewed more to the attritional type of play more typically associated with the Top 14. Even when at one point, both sides were reduced to 13 versus 13, they still struggled to find space.

An artificial pitch in Newcastle, one of a couple used in the Aviva Premiership, also demonstrates willingness towards more fluid rugby, even if some of the execution didn’t match the ambition – Samoan flyer Sinoti Sinoti an exception. And you had to like the way Leicester scored twice in the final four minutes to snuff out Gloucester.

The Guinness Pro 12 match between the Llanelli Scarlets and Munster was notable for the fact that it featured two sides whose proud histories include wins against the All Blacks. On the evidence of this muddling match, it is fair to say that the chances of this happening today would be lower than Stephen Moore winning the International Referees Player of the Year.

Another factor in common across the competitions is poor crowds. The ARU must work harder to connect the NRC to rugby people. It has a good product, but it needs to better understand why there weren’t more people out on a nice afternoon to watch excitement machine Taniela Tupou. Or Lopeti Timani, who, as fate would have it, just happens to be a hard running No. 8.

An Englebert Humperdink concert was blamed for a poor crowd in Napier. Really. Perhaps teenage boys interested in sport have different tastes these days. But unless ‘The Hump’, at 80 years old, was burning around the country doing a show a day in a different city, there must be other factors at play.

While the weather in Hamilton was admittedly ordinary, even the allure of the Ranfurly Shield and Damien McKenzie wasn’t enough to rustle up a decent crowd. With the exception of Twickenham, it was a similar story at most of the UK grounds. And with that, a general lack of atmosphere, although with a rider.

There is a particular buzz that a club or suburban ground provides, with kids running in and around sausage sizzle tents, which is fantastic. But if we’re talking instead about portraying a professional image on television, then club grounds like the Harlequins, or near-empty venues like Ballymore and Westpac Stadium were on Saturday, present poorly.

Ironically, it is television that is the main culprit. The coverage is so good these days; match after match being beamed in from around the world, that spoiled fans are encouraged to park themselves on the sofa rather than pop the kids into the car and watch the action live.

I’ve got two other quick observations to make. New Zealand’s experimental breakdown laws are an acquired taste. Who’d be a halfback with all those boots flaying around, ricocheting the ball around like a pinball?

The other is that Australia’s referees seem far more eager to hand out yellow cards – certainly compared to their Kiwi counterparts. It’s too early to say if they have the balance perfectly right, but NRC players certainly can’t say they haven’t been warned.

Column of the weekend, leaving Ella in the shade, was by another former Wallaby, Matt Burke, in the Sydney Morning Herald, bemoaning the fact that “referees, touch judges and the governing bodies are making weak calls against the All Blacks.”

Interested in discovering what evidence Burke had to support this claim, I read on to find that Burke cited three examples from last weeks’ Wellington Test: Ben Smith throwing a forward pass which wasn’t picked up, referee Romain Poite calling play on after Julian Savea played at a short kick-off, and Owen Franks not being cited for “eye gouging” Kane Douglas.

Franks should not have put his hands anywhere near Douglas’ face. But the fact that Douglas’ on-field actions and post-match words cleared Franks of any malpractice seems to have been lost on Burke.

As for the other two earth-shattering revelations, Poite acknowledged on field that he may have made a mistake about Savea but called it as he saw it. As for a missed forward pass, being evidence of a refereeing conspiracy against the All Blacks?

Obviously Wayne Barnes must have missed that World Rugby directive.

Is this really what passes for journalism at Fairfax these days? Or can Burke, advocate for global rugby fairness that he is, be excused on the grounds of exhaustion, having spent all of last week scouring Westpac stadium, looking for Malakai Fekitoa’s boot?