Michael Buettner is your fault and it's time you admitted it

Michael Buettner is your fault. Yes, yours. You the footy fan, sitting there, fingers poised over the keyboard, hot and ready to chop out some witty tweets or caustic commentary on this piece of commentary.

And Michael Buettner, I’ll say it again, is your fault.

Fault is stuck like bleeding roadkill under the mudguards of Andrew Voss, Graeme Hughes, Peter Tunks, Matthew Johns, Paul Vautin, Paul Kent, Ben Ikin and every talking head on every bit of media there is.

Pick out a pundit, pluck out a punter, check out the big brain on Brad (Fittler), and they’ve all raged away on the internet, talk-back radio, television panel shows about one thing: Consistency.

Because in an attempt to be absolutely consistent, Buettner and the Match Review Committee, and the likes of Tony Archer and his referees and bunker boys, and whoever is tugging at the strings of these people – Brian Canavan – have decided they must rule to the absolute letter of the law.

There is no place for what appears to be common sense – let’s say, just as an example, the difference in charges for “shoulder charges” levelled at Michael Ennis and Jack Wighton – because they are trying to be consistent.

And thus now if there’s the barest hint of obstruction, a brush like a butterfly’s kiss of an “inside shoulder”, the barest possibility of a need to “check the grounding”, then boom, it is entirely consistent for the referee to check upstairs, for the bunker boys to make a decision and to go to the board: “No Try”.

That’s consistency. Which is what you wanted.

Yet away you’ll go again, railing and wailing, and filling talk-back and Twitter with opinions: the Bunker’s full of pelicans, it’s not the game I remember, Tony Archer’s gotta go and take Todd Greenberg with you, the game has lost me forever again.

But it’s your fault. You wanted consistency. And now you have it. And as bloody-minded a man as Archer will bloody well give it to you. This is what you wanted. Tell your story walkin’, buddy.

True story: Buettner and the MRC were just trying to be consistent. In an attempt to defend Wighton’s charge against Ennis’s non-charge, they pre-emptively listed the three commandments for what constitutes a shoulder charge.

And in the opinion of Buettner and his fellow Committeemen, Ennis’s arm was not tucked into his side when it first connected with Blake Green. 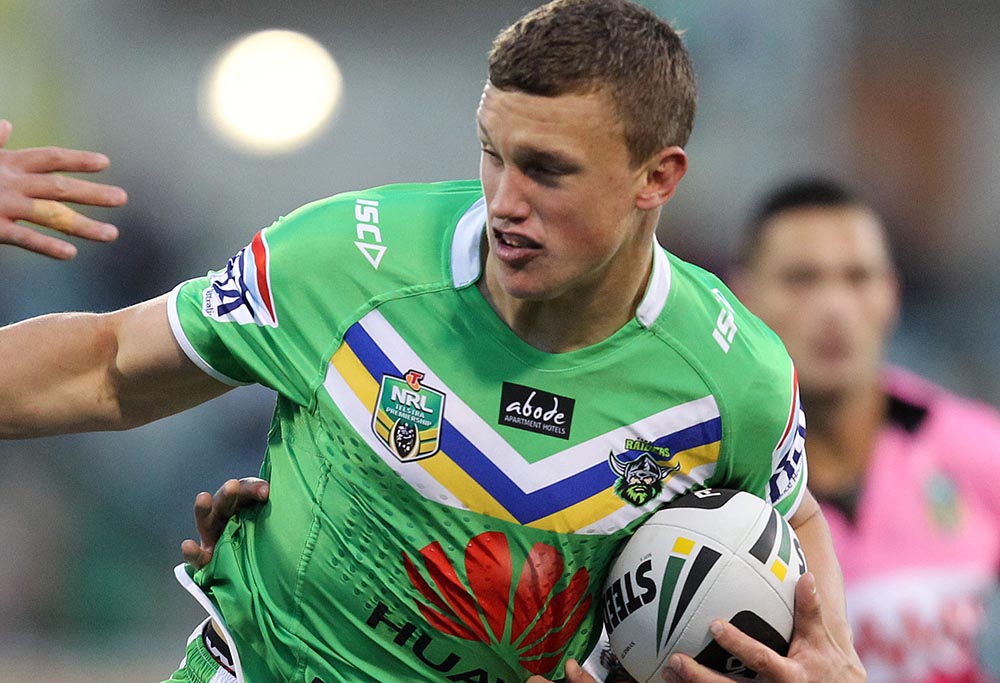 It didn’t matter that Ennis’s shoulder quite quickly (like within milliseconds) came into contact with Green’s shoulder and knocked the attacker over late and off the ball while he wasn’t looking.

It didn’t matter that it certainly looked exactly like a shoulder charge.

Pedantic, non-sensical and not-of-this-planet, perhaps. But entirely consistent. Which is what you wanted. Remember that: It’s what you have always wanted.

And now you have it. And you don’t like it. Because you’re experiencing the repercussions of consistent adjudication.

The Wighton tackle? Of course it was a shoulder charge. So was Ennis’. Both deserved a week or two or whatever. On this planet both were shoulder charges.

But because both players’ arms connected with the attacker while they weren’t tucked into the side of the defender, under the consistent application of the law, neither is a shoulder charge.

Now, Buettner and the three blind mice, I mean MRC men, believed, somehow, that Wighton tucked his arm by his side and connected with the attacker like that. They were wrong. And it took the Raiders lawyer guy about one minute to point that out.

But they were being consistent.

And it’s your fault. And you have form on this stuff.

Remember when you asked for television to rule on decisions? You got that, too. You watched the footy on TV and agreed with the talking heads – Rabs, Brandy, go back to the great Gibbo and Big Darrell – that millions of people on television could see something was a knock-on or that Joe Blow had grounded the ball, or whatever, and surely it would be simple enough to just check the replay and tell the referee he got it wrong.

And you nodded along, and said, yes, how hard can it be. Let’s do that! Anything for consistency.

And so we did that. And with it came repercussions. For the referees, in a bid to be completely consistent and fair in the application of video adjudication – because that’s all you’ve ever wanted – sent most everything “upstairs” because to do otherwise would be inconsistent, which is the worst thing there is.

And here we are. Spending lots of time watching replays. And you don’t like it. But it’s your fault we have it. Because you wanted – demanded – consistency.

But what you really want is perfection. You call it consistency because you want every decision to be consistently right. But the 50/50 ones, well, if the refs don’t get them right every time, then you get on the internet and talk-back and rail against their lack of consistency.

Remember when you nodded along for two referees? Surely that will be good!

Well, there were repercussions. Namely the potential for two blokes to make mistakes instead of one.

Once upon a time you asked for in-goal touch judges and got them, too. And they were … well, they most often saw as little as the referees. And they quite often took a punt on what they saw, just like the on-field ones did.

And they were punted. And Michael Buettner mightn’t be far behind. And it’s your fault.