SIMON ORCHARD: Conformity can be cowardly - The change hockey in Australia needs

“The opposite of courage is not cowardice, it is conformity. Even a dead fish can go with the flow.”

My Dad sent me this Jim Hightower quotation via text some time ago, and it caught me at an opportune moment.

Seeds of doubt had begun to sprout in my mind about the environment being created by the Australian high-performance hockey program.(Click to Tweet)

And not necessarily about the hockey specific aspects of being a Kookaburra, but more so about the distinct lack of ‘extra curricular’ opportunities our group had steadily and almost unknowingly been denied.

However, the beat of the Brazilian drums had begun to grow louder, as Rio poked its head over the horizon. So I pressed pause on these thoughts and desires, and shifted my focus back to the hockey field.

Until now that is.

It was 2015, and the inevitable mental hangover that came with being World and Commonwealth Champions a year earlier was setting in. It felt like the confetti that rained down on us after those victories had barely been swept away before we were embarking on a new year of hockey challenges.

The grind of another Olympic cycle was beginning to wear. I was wondering what else was out there. Starting to begrudge the program for not allowing me to chase my dreams away from the pitch, while still committing on it. I wanted a life outside of hockey, and it wasn’t forthcoming.

Perhaps more worrying was the fact that about half a dozen bright and bubbly faces arrived in Perth in 2015, and after only a few short months, our program had already made it clear that hockey came first.

This made me ponder the question: are the in-between years – those sandwiched between World Cups and Olympic games – for the high-performance hockey programs in this country wasted ones?

Australian hockey players don’t roll back into a nationally televised and widely received domestic competition the year after an Olympics or World Cup, and we have few flagship events coming up on the international calendar. Yet we continue to train and exist in an environment that is essentially full-time.

Some players are given allowances to go and play for clubs in foreign leagues, clubs who offer decent money and a unique hockey experience for six months. Even though this is a fantastic experience, it is a sabbatical of sorts – a chance to escape the daily grind and monotony of the Perth training environment.

How very Wallaby-esque of us. Except we do it for a pittance of what those guys earn.

But this isn’t a ‘woe is me’ tale of financial hardship. That’s not why we play the game. Rather, it is an honest plea to break the shackles of conformity and trail blaze our way into a new era of semi-professionalism.

The Australian men’s hockey program has almost become a full-time job, even though we are still widely considered a semi-professional sport.

I hazard a guess to say we lodge similar hours to Gary Ablett or Greg Inglis, but without the long-term security and compensation that comes with being among the best in our field.

Gone are the days where our squad was ‘working class’, as ex-Kookaburra Rob Hammond used to say. Guys like Hammond and Bevan George seemed to wear that tag as a badge of honour, and have even been heard to credit their outstanding success to this type of training environment.

This era, under then-coach Barry Dancer, is arguably Australian hockey’s greatest. They’d be up before even the earliest birds warbled. They’d have done their dash before the day’s fresh newspaper slapped onto your front steps. They’d watch the sun come up each morning, and knew as their session finished, that today presented opportunities well outside the sometimes-mundane boundaries of elite sport.

It was from this blue-collar training environment these two fellows grew to become as, Dancer put it so eloquently earlier, great athletes and great men.

May I remind you, they are also Olympic champions.

I picked up the phone last year and called Barry Dancer. He was the Kookaburras coach between 2001-08, and during his regime, Barry implemented a program where athletes were forced to seek out opportunities away from the field. Opportunities that would benefit them later in life, or if hockey didn’t work out.

He even said there was a time when athlete payments were withheld if someone failed to adhere to the protocol. That’s how serious he was about developing the ‘complete athlete’.

When asked why, Barry said that the players needed balance in their lives. They needed things away from hockey to invest in. He said he also felt some fatherly responsibility to each athlete he had under his care in Perth.

Most of the guys had moved from the east coast and he felt it was his duty as national coach to not only develop good hockey players, but good men with good life skills as well. I really admire this attitude and outlook. 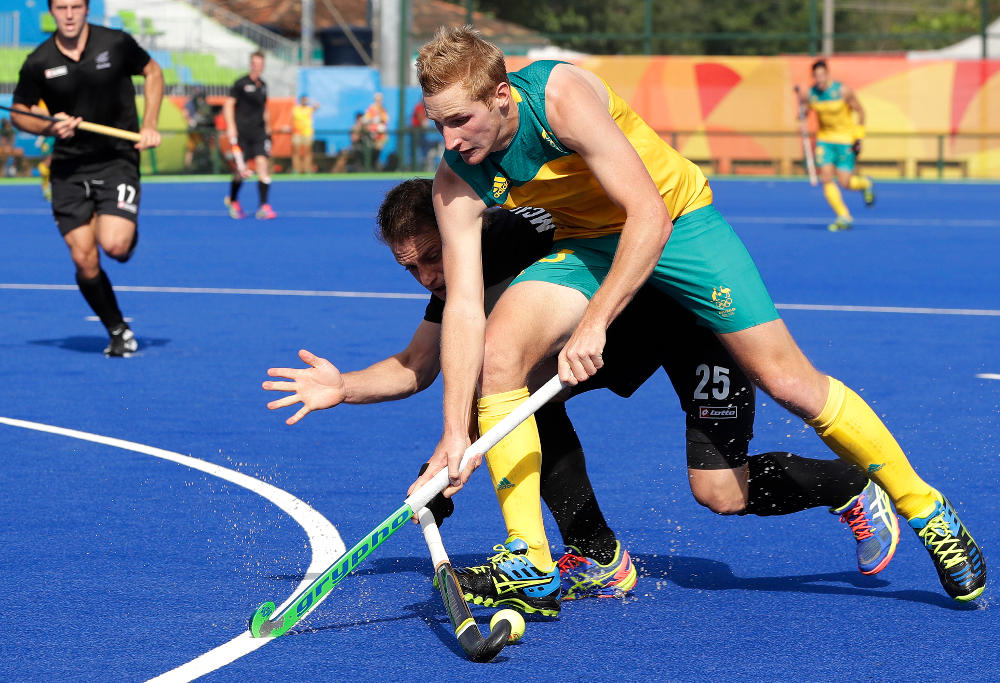 Toward the end of Barry’s tenure however, some of his players had started playing overseas and earning enough money to comfortably support themselves. This ruined the ‘working class’ system.

Why train at 6am when money earned overseas topped up the heavily government-reliant funding we received in Perth, meaning work or university was merely something we used to know?

Barry retired after the Beijing Olympics and Ric Charlesworth took over. This was when the ‘hockey first’ mentality really took over.

Now, we spend our days training in timeslots like 9-11am or 3-5pm. In the last eight years, we have trained almost religiously every day of the week bar Sunday. Thankfully we have recently been given Saturdays off.

Couple this with club hockey commitments we have on the weekend (which is a serious highlight of my hockey week) and I don’t have to tell you how many days that means we have off.

This type of schedule does have a few positive outcomes though: it could make us the best hockey team in the world; it’s family friendly for guys who have young kids to look after, or for partners who are in workforce; the conditions are obviously nicer; and the car park is completely empty at that time of the morning.

But in my opinion, the negatives make a much more comprehensive case: this type of training burns athletes out, shortening their careers; it severely limits the ability for guys to work, study or pursue other interests outside of the sport; it doesn’t acclimatise athletes to the rigors of the ‘real world’; and it significantly hinders the high-performance program athletes’ ability to stay involved in local competitions and grassroots hockey.

So that’s my piece. I guess at the end of the day, hockey will define many in our group. Either because they want it to, or they will allow it to. But I guess I am trying to ensure we at least get that choice.

There are some that harbor desires to stay invested in hockey forever and the sport desperately needs these people. The really good ones can earn a living off it for many years to come. But they are the exception, not the rule.

Over the last ten years our program has made tweaks and added pieces that encourage growth away from the pitch, but so much more could and should be done.

Either way, I won’t conform to a future of ‘retired’ athletes with limited support. Take note Hockey Australia. Put a system in place that not only creates great hockey players, but great opportunity as well.

Long after we are all gone, the young men that pull on the Kookaburras shirt deserve to be given the gift of opportunity. Not a cap of conformity.

Because even a dead fish can go with the flow.

Simon Orchard is an Australian hockey player who has played over 200 games for the Kookaburras. Simon won Australia’s player of the year award in 2010, and has been to two Olympic Games.