It’s taken all winter to get here, but finally we’re on the brink of the most anticipated moment of the NRL season – the grand final halftime entertainment.

What diversion will beguile us this year while the players are in the dressing rooms having some oranges and listening to Craig Bellamy unleash a mind-boggling tirade of swears?

Here are my predictions.

Sharknado 5
It’s a Sharks-Storm Grand Final. And that should mean only one thing to the NRL head honchos – a unique opportunity to film Sharknado 5: Gone Gal.

Let’s get Ian Ziering, Tara Reid and their somehow lesser co-stars out to ANZ Stadium on grand final day to shoot the next instalment in the beloved disaster comedy movie series. What a way to advertise the NRL on the international stage!

You can’t tell me that fans of the Sharknado franchise wouldn’t be thrilled by the sight of a Cooper Cronk cut-out pass or a Wade Graham hit-up. And with the tragic loss of Alan Rickman earlier this year, what an opening for Michael Ennis to position himself as Hollywood’s next great cinema villain with just a few niggling facials in the opening sets of six.

Who would direct the film? Well, you try stopping Cameron Smith from telling everybody what to do.

Ice sculpting
Alas, however, the NRL has already announced that Keith Urban will be performing during halftime. But performing what, exactly? One of his many toe-tapping tunes that we all know and love, like, uh, the one about the, um, cowboy and his, uh, stetson?

No, that would be far too predictable. And if the NRL wanted predictability on grand final day, they’d have found a way to get the St George-Illawarra backline in there.

So rather than music, why not instead have Keith Urban carve a series of ice sculptures? Just give the man half a dozen giant blocks of ice and have him chip away in the break to reveal classic rugby league grand final moments from the past.

Let’s see an ice sculpture of Terry Lamb knocking Ellery Hanley’s lights out in 1988. And how good would Bill Harrigan look in ice form, awarding a penalty try in the 1999 grand final after Jamie Ainscough attempted a similar assault on Craig Smith? Or what about something more recent, such as an ice rendition of Ben Hunt dropping the extra-time kick-off in last year’s decider? So many great moments. The only challenge will be getting enough ice for Urban to carve them.

But would Urban be interested in spending his halftime show with ice-cold, lifeless replicas of people? I don’t see why not. He is, after all, married to Nicole Kidman. 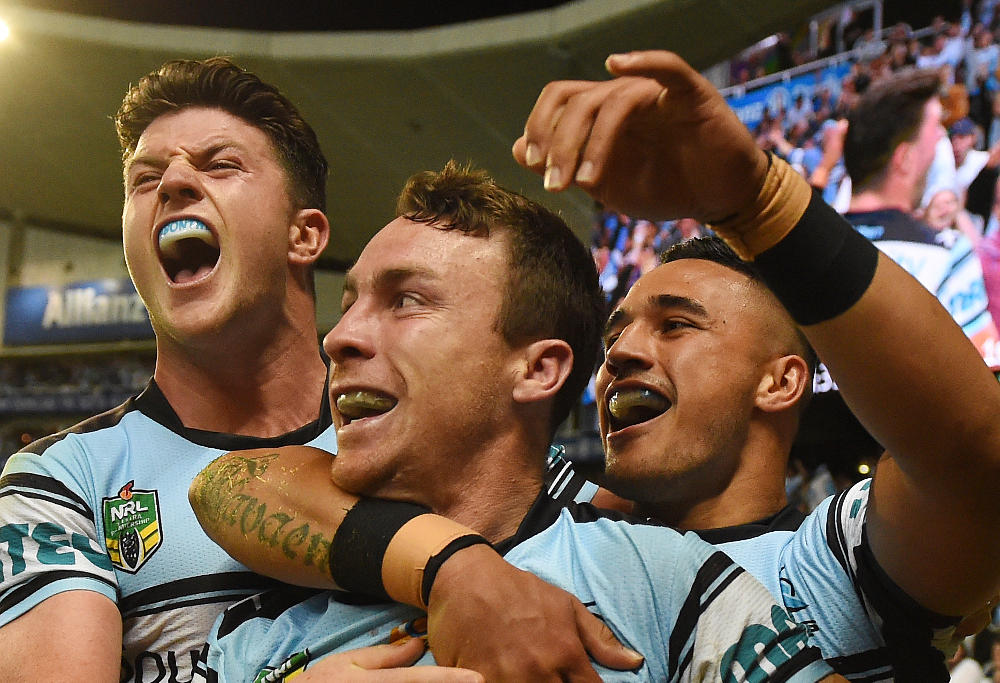 Immortality Testing
I have long been fascinated by the Rugby League Immortals. And also, the 1980s movie Highlander, in which eternal beings duelled with one another in a series of thrilling Queen music videos until one of them won ‘The Prize’ (i.e., the ability to be Christopher Lambert for the rest of their days).

I’d therefore very much like to see a halftime display in which the Rugby League Immortals faced off against one another in a series of sword fights that could only be ended by a beheading.

There’s obviously no problem with talking Andrew Johns into doing this. That’s the easy bit.

But once Joey’s in, then the rest will follow. A white-booted Graeme Langlands wielding a cutlass. A naked Johnny Raper in a bowling hat wielding his own kind of sword.

And finally, we can find out whether Bob Fulton or Wally Lewis was the superior rugby league player. Not by the meaningless measure of their ability to play five-eighth, but the far more relevant one of fencing prowess.

One thing’s for sure – a few broadsword-based decapitations will soon slow down all those calls for Johnathan Thurston to be bestowed with this faux-immortality.

Periodical cicada display
Periodical cicadas, often mistakenly called locusts, are insects that spend most of their developmental lives underground, where they feed on xylem fluids from the roots of deciduous forest trees. And then, suddenly, after 13 or 17 years, the mature cicadas emerge en masse to aggregate noisily in chorus centres where they attract mates (in this, they are much like One Direction).

The cicadas then lay their eggs and die within just a couple of months (also like One Direction), only for the next generation to emerge in the next cycle 13 or 17 years later.

Biologists hypothesise that the cicadas emerge in such large, prime-numbered years in order to minimise interaction with predators with a smaller cyclical life span. For example, if they emerged every 16 years, then any predator with a two, four or eight year life cycle could synchronise with them.

This blatant 19-year cycle is enough to convince me they should rename from the Cronulla Sharks to the Cronulla Periodical Cicadas, and I sincerely hope a detailed PowerPoint presentation at halftime during the big game by, oh, let’s say Dr Brad Fittler, will convince everybody else of this.

So there you go, NRL. Four great halftime show options for you to consider. I’d be happy with any of them. But I’d be happiest with all of them. Over to you.