The rise of Formula E: Is F1 facing a relevance crisis?

The press release dropped innocently and with little warning on an unspectacular late Tuesday morning in Britain, but it reverberated through the motorsport landscape.

‘Mercedes-Benz GP Ltd takes an option to enter Formula E in Season 5′ the statement was headed. It was accompanied by a smiley photo of Mercedes executive director Toto Wolff and Formula E chief executive Alejandro Agag.

Though you’d be forgiven for knowing relatively little about the fledgling Formula E series, on the cusp of just its third season this weekend, its lack of notoriety in the general public consciousness shouldn’t be mistaken for its lack of importance.

From its bold conception by the FIA to its unlikely establishment two years ago, Formula E has staked its claim to a place in the motorsport hierarchy on relevance.

The technology is arguably still underdeveloped for purpose. Drivers still have to change cars part of the way through a race to complete the distance because no battery can hold the required charge.

But, as has long been the case with elite motorsport, half the purpose of the competition is development.

This has long been one of Formula One’s key pillars. Manufacturers would enter the sport to show off their technical abilities and learn new skills as they conceive new ideas in the competitive arena. Some of the current energy recovery and internal combustion technology in a modern F1 car is certainly an example of this.

Formula E, though still small, is rapidly moving to challenge to supersede Formula One in this regard.

“We have been watching the growth of Formula E with great interest,” said Wolff.

“Racing has always been a technology research and development platform for industry, and this will make Formula E very relevant in the future.”

Mercedes wouldn’t be the first to draw this conclusion, either. As Agag notes, its potential entry in the 2018–19 season would make it just one of many leading manufacturers.

“Mercedes would be a great addition to that growing line up.”

Mercedes joining the fray would have Formula E boasting twice as many manufacturers operating teams as Formula One – and that’s before someone fills season five’s second team licence alongside Mercedes, which could well be BMW after its period as technical partner to Andretti Autosport, further tipping the scales.

Worse, though, for Formula One is that the dominoes are lined up for a Mercedes scale-back or withdrawal from the sport at the end of 2018, as suggested by Autosport. 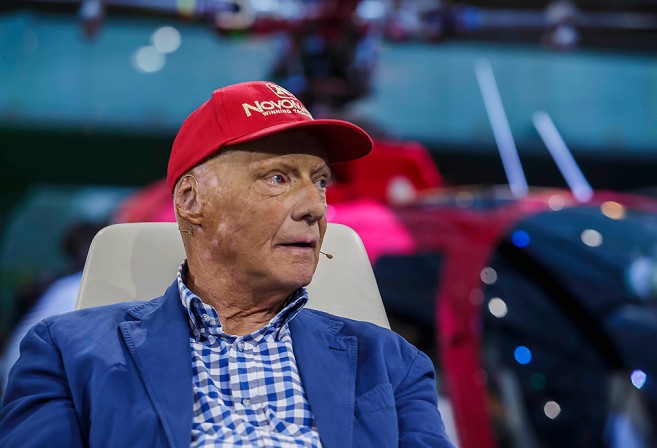 With both drivers contracted to the end of 2018 – and having two driver contracts expiring in the same season is unusual in itself for a major team – and with team bigwigs Niki Lauda and Dieter Zetsche out of contract at the end of 2017 and 2019 respectively, the stars are aligned for a switch of focus.

Even if the manufacturer were to persist with both entries, it seems inconceivable that Mercedes could justify a continued significant spend on Formula One while pursuing research and development in another category. The company could conceivably press on with a reduced budget, but with its chief competitors outspending it, the days of Silver Arrows leading the pack would be numbered – and when results don’t come, boards pull the plug.

Such a change would be profound for F1.

Formula One is a brand that exists to be the pinnacle of motorsport – you don’t get to use ‘One’ in your title any other way – so to be seen as being less in any sense, whether it is by featuring inferior drivers, substandard circuits or lacklustre teams, is a deeply existential problem.

Inherent in either Mercedes situation – a long-term scale-back or a short-term withdrawal – is the prioritising of another motorsport category over Formula One. In other words, Formula One is no longer option number one.

“Electrification will play a major role in the future of the automotive industry,” Toto Wolff said pointedly.

Inarguably electric motoring is the direction in which the majority of the industry is moving – which means in sport the industry will gravitate towards Formula E, particularly now that Mercedes is set to forge a path in that direction.

For Formula One there can only be one more response: there can be no more talk about a return to thirsty and archaic engines, no more tolerance for anachronisms, and no more tendency for conservatism.

This is the wake-up call the sport must heed. F1 must revolutionise; it must reinvent and reimagine itself as a sport of the future lest it arrive there and find Formula E, even if stands today a sport some years away from maturity, has already taken its place at the pinnacle of motorsport.