One week on from a most unexpected premiership

After a solid week of premiership celebrations, high fives, hearty hugs, back slapping, swapping texts with distant friends, celebratory drinks, special dinners with family, devouring everything written about the game and then some, what do Bulldogs fans do now?

Speaking for myself, I don’t want the happiness to dip quite yet. I want to keep this high going for a little while longer, and having waited a lifetime like most ‘scraggers, who can blame me?

I have watched my daily dose of grand final replays, and spent every last cent ordering everything I can find on the online Bulldogs Shop that is even remotely relevant to our premiership win.

The only thing left was to write an article for The Roar, perhaps a series of articles. I might even be able to stretch this feeling out right across the off-season.

Why not? Depending on the patience and goodwill of Roar editors, naturally.

What occurs to me as I reflect on an incredible month of football, on the attainment of the impossible dream, on reaching the holy grail hitherto viewed as an impossibility, is that there are so many tales within this one mighty story.

So I ask you, dear reader, to indulge me as I take you on a journey via a series of vignettes, exploring the many alley ways and side streets running through and around what was once considered unthinkable to the majority of Bulldog fans – winning the premiership.

Let us begin our journey at the Footscray Cricket Ground, as it was officially known before the Footscray Football Club moved in circa 1883. The ground would become popularly known as the Western Oval, and then some 30 years ago it officially became the Whitten Oval (named after the original Mr Football).

On a royal visit back in the 1970s, it was Prince Charles who first alerted us to the existence of another Foots Cray, in South East London, originally named after the Saxon landowner, Godwin Fot, and the River Cray.

It’s worth noting this British link, because in its early days, the Footscray Football Club was very much a British club, those links still visible in the club colours and mascot (all features shared with another club with strong British links, Central Districts, in the SANFL).

The Britishness of the whole area is also evident in the names of the early soccer clubs who played in the then British Football Association, such as Footscray Thistle and Imperials.

I’ve given that little introduction because Footscray and surrounding suburbs has always been, and continues to be, a region which attracts the latest immigrant group due to its industry, and also because of its cheaper housing – although the latter is changing quickly.

Footscray may have started off as a British club some 133 years ago, but it has had to adapt to changing demographics from the post-war period to the present day. 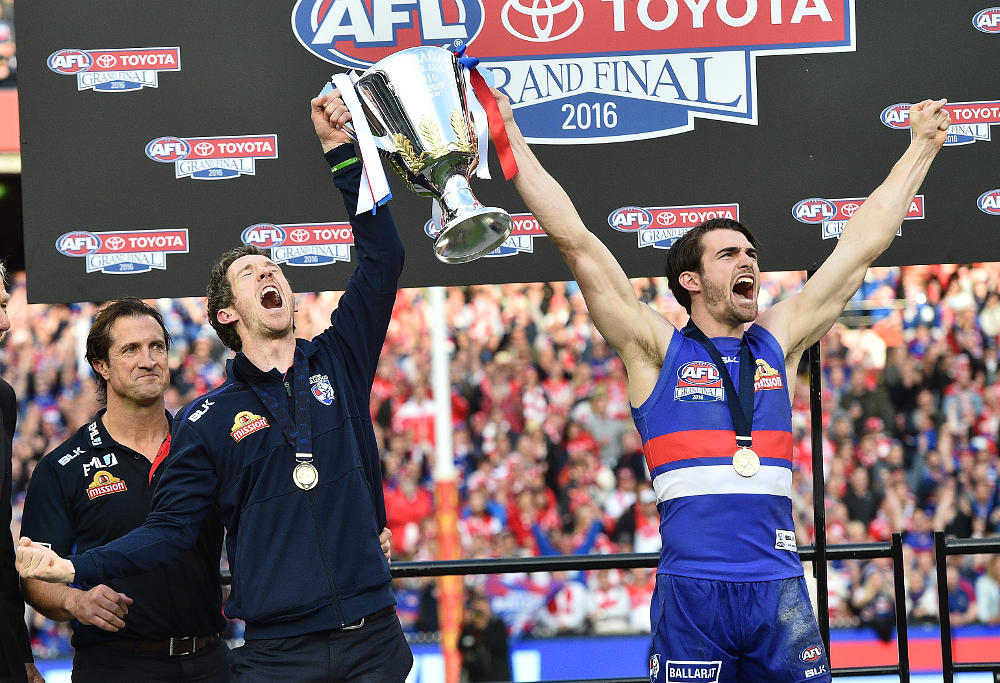 The British first gave way to those newly arrived from Southern Europe: Italians, Greeks and Yugoslavs (predominantly from Serbia and Croatia). My family, as European immigrants, first moved into Footscray in the late 1960s, when remnants of British immigrants remained, many still working in the Footscray Ammunition Factory.

The Serbian-backed Footscray JUST spent a few years in the NSL playing from its base on the Maribyrnong River, not too far out of central Footscray. JUST also used the Whitten Oval for one season as its home ground.

Around 1980 a wave of Vietnamese migration commenced, and to this day, the centre of Footscray is most closely associated with this group, but further groups have continued to arrive in Footscray and nearby suburbs, including many from the Horn of Africa, the Indian sub-continent and China .

In fact, just a short walk from the Whitten Oval, to the West Footscray shopping precinct on Barkly St, you will find no fewer than ten Indian restaurants and endless trendy cafes. This potpourri is attracting a new generation of young families into West Footscray.

Times have changed, and the Footscray Football Club has had to keep up.

I’m proud to say that we have managed to do precisely that, and I’m not just talking about our 40,000 members (which will surely rise to at least 45,000 next year).

At the fan day last Sunday, with at least 20,000 sons and daughters of the ‘scray cramming into the Whitten Oval to get a glimpse of their football heroes and the holy grail, it was like a walk through Footscray’s immigrant past and present.

Surely, this is the Footscray Football Club’s greatest achievement?