The truth may hurt, Andrew Fifita, but you need to hear it

Andrew Fifita? We haven’t met. I don’t know you. Don’t know your motivations. But outside looking in, my man, you’re making some poor choices on dud advice.

You do have the backing of Alan Jones though, who supported you on his TV show the other night by agreeing that your NRL career is in jeopardy “all because you stuck up for your mate”.

So there’s that going for you. And Jonesy’s seal of approval carries weight in mahogany halls of power.

Perhaps it was he who urged you to front that crack panel on Sky News? To get in front of himself, Miranda Devine and Mark Latham, and plead your case to Australia and the National Rugby League?

For there you were, Andrew – you giant, should-be-lovable lug, you great giggling bear – suit on, tie-less, on the television telling Australia and the NRL that you fear for your future.

That you could be one stuff-up away from the NRL tearing up your contract, and that it’s placed you in the position of talking to “other codes”, which means rugby union.

And that NSW police are “trying to make a fool of myself, someone high profile” because “why didn’t my best mate get done when we went to the jail?”

“Because you stuck by your mate,” offered Jones.

And here you are. Feeling better? Feeling… vindicated?

Of course, you must look to your future and those relying on your pay-packet. Your little family is, of course, your universe. You’d do anything for them. You’d die for these people. Your motivation is understandable, for sure.

But, mate. Let’s consider where we’re at.

For one, forget rugby union. There’s no place for you there. Firstly, and it’s a bit of a big one, you don’t know how to play rugby union. No.8 is the only position you could play, and you’d be three seasons from learning all the different stuff at ruck, maul, lineout, scrum, tackle, breakdown, running lines, fitness, the game’s entire job lot. You’ll be 28 in June. Forget the rah-rah.

Super League? Catalans with France? It’d be fun, for sure. But mate you can have fun when you’re retired. Fun’s for the end-of-season trip. You’re a footy player, Andrew, one of the best. Be a shame to piss about.

So, how about this for an idea, going forward, as they say, as a way of remaining with the Sharks in the NRL:

Stop being a dickhead!

Err on the side of being a good bloke. And not just to your mates. To everyone.

Think about doing the right thing, the decent thing, the empathetic thing. Walk in another man’s shoes, as someone said, possibly Jesus.

Mate, you can visit your buddy in prison all you like, in my opinion. Perhaps not that of NSW Police or NRL Integrity. But if there are laws that say you can’t visit your mate, don’t whinge about it. Just don’t break the law.

I agree with Jonesy, backing a mate is good. You don’t and cannot ever condone said mate’s actions. And you don’t. Who could?

But it’s not just that, is it. That dumb shit with the junior referee? Come on, man. You’re better than that.

And to publicly display support for the one-punch killer of 18-year-old Thomas Kelly by writing your man’s initials on your armguard? Come on, man. Think!

He’s this kid on his first night out at Kings Cross. Whole life ahead of him, all that. He’s got family, friends. Think of his mum and dad. Their other son committed suicide. Imagine their grief; try to, anyway.

You’re a public figure. You’re on television. You don’t live in a blinking bloody bubble.

And going on Jones’ bloody panel show to push your bloody barrow, and tell (warn?) the NRL that you’re weighing up your options with other codes… I dunno, mate. What was the point?

In terms of PR, league fans aren’t queuing up at NRL HQ to protest Fifita going to rugby, somebody do something.

The NRL’s going to stick with their current course, and due process and wait on the police’s findings.

And as such it could be time – past time – to ante up and admit you’ve actually done something wrong.

Time to admit that if your adverse publicity affects the NRL’s all-important brand (meaning all-important spigot of sponsorship money), it’s time to pull your head in and not, you know, do that.

Look, I dunno. We’ve all done stupid stuff. But y’know, surely we learn as we go?

But then I suppose you take what advice as you can get.

And you’ve got resources. You’re a famous dude. Your footy club’s just won the grand final, you could walk down The Esplanade at Cronulla and shout out to all manner of PR types, counsellors.

How about the coach? Shane Flanagan?

Well, maybe not Flanno. Man knows footy. Judgement on PR, media, public perception, all that, might need some work.

Yeah… maybe not Gal. Would you get absolute blood-honesty from a mate?

Or from another Shark leader, Mick Ennis?

Or twin brother David? Old giggle-pot? He’s got your back forever. But for hard truths? Probably head elsewhere.

How about that crackerjack bloke, the politician David Leyonhjelm, who got stuck into Rebecca Wilson almost as soon as he’d read about her death? Who repeated it in parliament, for the record. He’s in your corner, old mate, telling Australia you can publicly support whomever you like.

He’s one of your allies.

No, Andrew, my man, it’s time to get on the phone and have a yarn with the most articulate and perhaps best man in this greatest game of all, rugby league.

And that man is, of course, Cameron Smith. 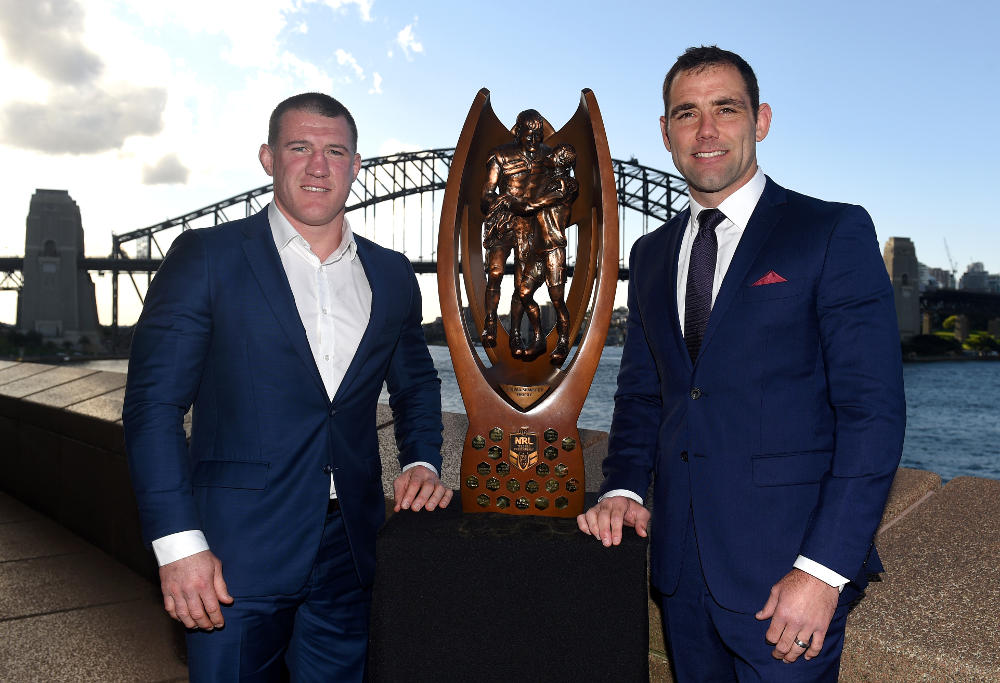 Our Smithy could come at you as colleague, mentor, mate. As the clever, caring big brother. The one who’ll tell you straight what’s what. And what is right.

And you can sit down with Smithy over a shandy or a glass of Milo or a fat packet of Fantales – it’s entirely up to you – and he can repeat what he told Fairfax Media a week ago:

“I don’t see why it’s so hard to be a good person and do the right thing. I understand there are going to be issues that arise all the time. That’s life. That’s not just sportsmen. We all go through ups and downs. But the ones I get really annoyed and upset about are the avoidable situations that footy players get themselves into. I don’t understand why they have to be there at that time to get in that strife.”