The Eastern Conference has become a downbeat farce, a ponderous exercise in inevitability ever since the Garnett Celtics fell out of contention.

LeBron James’s Cavs have gone 24-4 in the Eastern playoffs over the past two years, which is less a testament to their excellence and more an indictment on the Styrofoam roadblocks they’ve come up against.

Click here for the rest of Jay’s NBA season previews.

This is LeBron’s conference, and it has been dating back to 2011. The Tom Thibodeau Bulls, Roy Hibbert Pacers (how sad and awesome is it that you can identify a team that was one win from the finals by associating them with Roy Hibbert?) and the beautiful machine Hawks have all tried to make LeBron sweat over the past six years, but they could never, ultimately, wipe the grin off his face.

There’s little to suggest this year will be any different.

Originally fourth in these rankings, Detroit drops a spot with the news that Reggie Jackson is set to miss around 20 games with a knee injury. When Ish Smith is your starting point guard on opening night you’re not allowed to have home court advantage in the first round of the playoffs. These are the rules.

Even when Jackson comes back, nothing about the Pistons is going to wow the casual viewer. They have no superstar scorer and no singularly transformative player. Andre Drummond is the best they’ve got, but he’s a poor man’s facsimile of Orlando Dwight Howard, who was never that fun to watch in the first place.

But the Pistons are loaded with competence. ‘Competence’ isn’t sexy, but after the Ben Gordon and Charlie Villaneuva era, it’s more than a little alluring.

Detroit have one of the best coaches in the league in Stan van Gundy, who will maximise a team with plenty of talent. Drummond, Jackson, Kentavious Caldwell-Pope, Marcus Morris, Tobias Harris, Stanley Johnson, Aron Baynes, Jon Leuer, Ish Smith and Boban Marjanovic are all guys who can take the court and not embarrass themselves (unless you’re Baynes going up against Blake Griffin).

That’s not an overly inspiring way to tout a team’s prospects, but when you go 10-deep in players who won’t embarrass you, you’re a virtual lock to make the playoffs.

The Pistons are full of players who feel like they’d be the fourth best player on a championship team. The hope for their future is that Drummond develops into something approximating peak Howard, Stanley Johnson is more Kawhi Leonard than Tony Allen, and Tobias Harris is better than just the next Rudy Gay.

Those are iffy bets, but even if they don’t work out, the Pistons, with SVG at the helm, are going to be a playoff team for years to come.

The Hornets are like the Pistons, just with a less cool name, a less cool coach, and a less cool city. They don’t have a superstar and they don’t even really have an All-Star. They start players like Marvin Williams and Cody Zeller, anathema to all that is sexy in basketball. And yet, they won 48 games last season, ranked ninth in net rating, ahead of the likes of Miami and Portland, and it’s hard to see why they’ll be significantly worse.

Jeremy Lin and Courtney Lee are gone, but their departures will be mitigated somewhat by the return of defensive dynamo Michael Kidd-Gilchrist. Al Jefferson, so vital in returning Charlotte to relevance, is also gone, but he was a shell of himself last season, missing half the year and averaging only 12 points a game. The Hornets were cataclysmically bad with him on the court in the playoffs, and had already started the moving on process last year.

Giving up a first round draft pick for Marco Belinelli was absurd, but he’s on the team now and will offer valuable spacing. Ramon Sessions is capable, albeit violently uninspiring depth, and a flier on Roy Hibbert is a savvy bet.

Steve Clifford is one of the five best coaches in the league, and you have to figure the Charlotte ecosystem will put players like Belinelli and Hibbert, who have unique skills and weaknesses, in positions to succeed. Going from the Kings and Lakers to the Hornets environment is like going from Juarez to Tokyo.

The Hornets are going to lose some offensive dynamism and versatility with Lin gone, though – those Kemba Walker/Lin two point guard backcourts were so integral to Charlotte’s offensive identity and effectiveness. Nicolas Batum, Kemba Walker and Williams all had the best years of their career last season and should regress a little bit, especially Walker and Williams, who shot at a rate from deep completely divorced from the rest of their careers.

There’s nothing especially exciting in the frontcourt outside of an unlikely Frank Kaminsky leap, and an injury to Batum or Walker could devastate the team’s playmaking. But the Hornets are deep, they’re well drilled, well coached, and their defence could be an elite top five unit, spearheaded by the length and smarts on the perimeter of MKG and Batum. Charlotte’s mundane consistency is far from electric, but it’s a much surer bet than the flames waiting to be set alight in places like New York or Chicago. 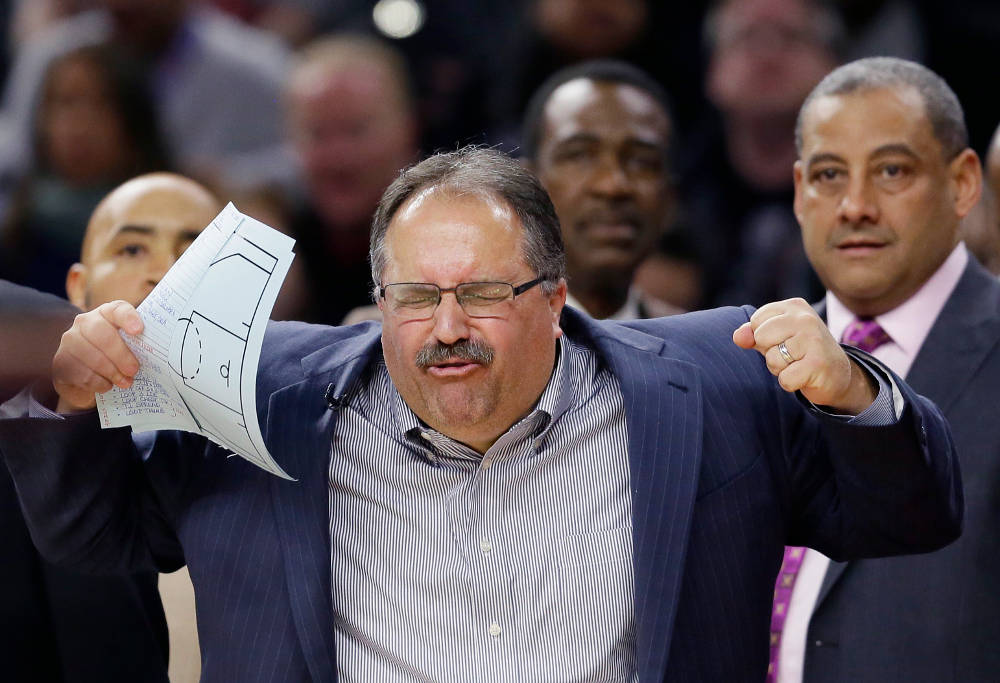 Last season the Raptors won more games than Oklahoma City, had a better net rating than the Clippers, and scored more efficiently than San Antonio. The eight-win gap that separated them, the two-seed, from Miami, the three-seed, was bigger than the gap that separated Miami from Washington, 10th in the East. And yet, do we really think that the Raptors are that good?

Any negative assessment is inevitably biased by the eyesore of their first two playoff series, rock fights against Indiana and Miami that belonged in the early 90s and sent my soul crawling back that far into the past, against its will. So often Toronto devolved into brutal DeMar DeRozan mid-range jumpers and Kyle Lowry step-backs, with no semblance of innovation. But they battled hard, and ultimately, shockingly, ended up two wins from the finals.

That’s likely as close as this squad will ever get. They didn’t have much competition in the East last season in terms of contenders to Cleveland’s throne, but this year Boston will take a leap and teams like Detroit, Indiana, Washington and, arguably, Atlanta, have higher upsides now.

The Raptors are what they are – a team deep in quality players with an awesome home atmosphere and a very defined ceiling. Lowry will surely take a step back this year after a career season, and the defection of Bismack Biyombo will hurt them more than the addition of Jared Sullinger helps them. The Raptors are too good not to be a playoff team – Norman Powell is their ninth man and he might be really good. But if Lowry goes down, don’t be surprised if GM Masai Ujiri decides to blow it up. If there’s a shock disaster team in the East, don’t be shocked if it’s from the land of Drake.

Take a look at the best defence in the NBA.

The only teams that ranked ahead of Boston in defensive efficiency last season were San Antonio, Atlanta and Indiana, who all lost their starting centers in the off-season. In the case of Atlanta, they lost him to Boston.

Al Horford increases Boston’s ceiling from ‘possible second round exit if it all goes right’ to ‘Cleveland’s biggest threat’. His selflessness, smarts and versatility fit the identity of this team perfectly – he’s going to be beloved in Beantown.

He’ll be on the last line of the defence but the opposition may never get to him. Avery Bradley, Marcus Smart and Jae Crowder make for the most imposing trifecta of perimeter defenders in the league, and opposing guards and wings are going to be dreading the nights when Boston is on the schedule. They’re all fast, strong, and flexible – Smart shut down Paul Millsap in the playoffs last season, for Christ’s sake.

Horford, an excellent defender, might have an even bigger impact on the offence, which was already a top 10 unit last season. The Celtics’ biggest flaw last year was that they didn’t have a reliable source of scoring at the end of games, despite Isiah Thomas’s admirable effort at creating an illusion to the contrary. They still don’t have that James-Durant-Anthony-Harden type individual offensive supernova, but a 1/5 Thomas/Horford pick and roll with three shooters spotting up is going to be a brutal package for defences to handle.

The Celtics are loaded. They don’t have big starry names to wow you, but they go 12-deep in impactful players. That depth is their greatest strength, and while in the playoffs, when rotations shorten, it’s not going to help them as much, in the regular season it’s going to win them a tonne of games. 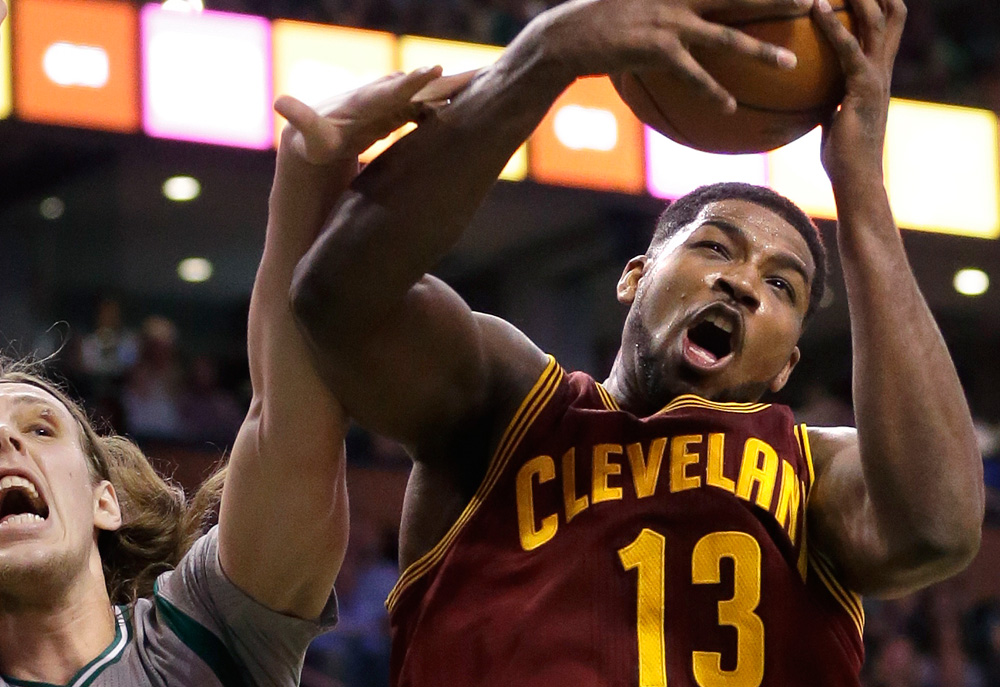 The problem for Cleveland in the regular season, like it is for so many working people, is not going to be difficulty – it’s going to be boredom. (Click to Tweet) Their season doesn’t start until the conference finals, and that’s only assuming Boston or another team arises in the East to give them something approaching a test they have to study for. More likely, their season starts when they head back to Oracle Arena for games one and two of the finals.

Until then, the show will roll on. The off-season was largely uneventful, the only points of note being J.R. Smith’s contract saga (an annual tradition for the Cavs, in keeping with Tristan Thompson last year) and the losses of Matthew Dellavedova and Mo Williams, leaving the Cavs barren at point guard behind Kyrie Irving.

That’s the only real glaring weakness on the team, one that will probably be addressed at the trade deadline or when veterans are bought out towards the end of the season (a Jose Calderon type, perhaps).

Even in a desert of meaninglessness, the Cavs will find some way to generate drama. Kevin Love trade rumours will swirl, Richard Jefferson and Mike Dunleavy will look old, and Iman Shumpert will probably continue to disappoint. But come the playoffs, all the noise of innuendo and sub-tweeting will be wiped away by the cruel reality that the Eastern Conference has long had to deal with – one team has LeBron James and the others do not.