Bring on November, the best month of rugby of the year!

It’s that time of the year again. Halloween. Time to get decked out in fancy dress, watch horror films and hand out candy to kids.The real treat, however, comes after Halloween, because we then enter November – the best month of rugby of the year.

Speaking of Halloween, I don’t know how popular Trick Or Treating is in Australia, but I’m certain kids in clown costumes won’t be too welcome near the Cheika household this year. But I digress.

The Autumn Internationals, or the End Of Year Tests, or the QBE or Under Armour internationals, whatever you may call them, are the most diverse and intriguing set of rugby matches that you can get in the space of a month. After a fallow year last time out due to the small matter of some Rugby World Cup or something, November reclaims its place in the rugby calendar with another set of great fixtures, replete with American detours, Grand Slams and much more.

The north versus the south, that age old rivalry of international rugby, once again takes centre stage as the Big Three (or is it Big Four? Or is it just the Big Black One now?) bookend their season by travelling to the heartlands of northern hemisphere rugby. While in contrast the northern hemisphere begins its international season by taking on the bigwigs of the South. This usually ends only one way, but it doesn’t stop the North from believing every year, and still going through the usual heartbreak (especially if you’re Welsh). 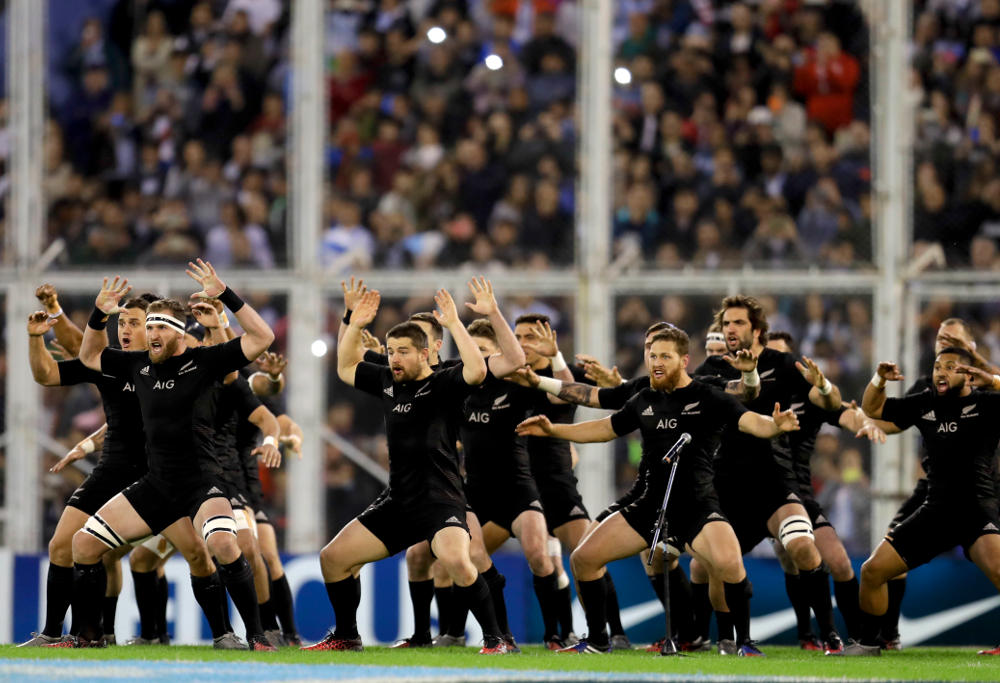 But this year it seems like it could be slightly different. As I noted earlier, the former Big Three nations that made up the Tri-Nations have now basically become the All Blacks and friends, with the gap between the rest of the world and South Africa and Australia having considerably narrowed down. So much so that victory is now no more a foregone conclusion when they play the likes of Ireland and England. The Test matches in June proved that.

One of the main attractions of the November series is the liveliness of the crowds. Be it the chants of Swing Low, Sweet Chariot or Fields of Athenry, or even the silence of the Irish crowds before a kicker lines up a kick at goal, or the pre-game rendition of Tom Jones’ Delilah at the Millennium Stadium (it will only ever be known as the Millennium for me), this feature of Northern Hemisphere matches is something I feel is more often than not lacking in the Rugby Championship.

And speaking of the Millennium Stadium, that is where this year’s series starts with a match between Wales and Australia. (Ok technically the Autumn internationals began with Bledisloe 3, but let’s ignore that for now). These two teams know all about each other, having played no less than nine times in five years. All of these matches have been close encounters, but more importantly, all of them have been won by the Wallabies. It will be a great boost to Wales if they can put that hoodoo to rest right at the start of this year’s series.

But it will also be a huge game for the Wallabies, who will be looking to improve on their 2013 Grand Slam tour, which began with a loss at the first hurdle itself to England. It has been a tumultuous year for Australia, but a successful tour will go a long way to banishing some of the bad memories of 2016. They should be aiming for at least four wins out of five, with the Tests against the Irish and the English being their biggest hurdles.

Another team that will see this year’s series as an opportunity to end the year on a high note will be the Springboks, who are coming off a veritable annus horribilis, but will only play three Tests against England, Italy and Wales to round off the year, and Allister Coetzee has added four uncapped players to the Test squad in Sergeal Petersen, Francois Venter, Jean-Luc Du Preez and Roelof Smit.

They also play a non-test match against the Barbarians, that great relic of the amateur era that is still raging against the dying of the light. The Baa-Baas will be playing against a Bokke B-team, but really their best chance of getting a win will be when they take on Fiji in Belfast the next week.

The big focus of Ireland’s November is the double header against the All Blacks, which starts in Chicago next Saturday. The All Blacks have been at the forefront of spreading awareness of rugby in the United States, with a Test match at Soldier Field in 2014 against the host country followed by this year’s Test against Ireland over there. The Maori All Blacks, too, regularly play the United States and will do so once more this year.

The Irish last played New Zealand in 2013, in what was probably the best Autumn International in recent memory, and the rematch at the Aviva Stadium in three weeks’ time will be an occasion to remember. Ireland’s other two matches will be against Canada, sandwiched by the two All Black Tests, and the uber-touring Wallabies.

Speaking of Irishmen, Conor O’Shea’s Azzurri will also be in action, with their main attraction being a date with the Darkness at the Stadio Olimpico in Rome. They will be hoping the effects of jet-lag are pronounced on the All Blacks, but perhaps even that will not be enough to prevent a blowout.

The French will be hoping for a fresh start after a horrible period in their proud rugby history, but with games against the countries on either side of the Tasman, the outlook does not look too rosy. They can take heart from the fact that they have beaten the Wallabies in their last two encounters at the Stade de France, but they will not want to remember their last match against New Zealand one bit.

The Pumas’ northern tour could be said to have begun in the last round of the Rugby Championship itself, and their globetrotting ways see no end with a match in Tokyo to kick things off, followed by a tough British tour playing Wales, Scotland and England.

The Pumas were aiming to win five Tests this year, but a long and arduous season, coupled with a piling injury list and an unwavering commitment to playing a counter-attacking style of rugby, could prove their undoing. This has been a type of Groundhog Year, if you will, for the Pumas, with a lot of promise ultimately being betrayed by a lack of poise.

The other upstarts of international rugby, Japan, will also tour Europe after their encounter with the Pumas to play Georgia, Wales and Fiji (in France). If they can pull off a win in Cardiff, then it will be another massive result for Japanese rugby that has seen a fantastic last 12 months.

Vern Cotter will be stepping down from his position as head coach of the Scots to join Montpellier in 2017 but will be hoping his farewell tour begins with revenge against the Wallabies in a rematch of that Rugby World Cup quarter-final. Personally, I feel Cotter should have stayed on until the next World Cup, but oh well, the lure of the Euro.

Scotland’s Calcutta Cup rivals England will once more have a packed schedule for this year’s November series (which actually becomes a November and December series for them) with Tests against the Boks, Fiji, Argentina and the Wallabies. Unfortunately, we will have to wait until 2017 to see the English take on the All Blacks, with that being the only down-point of this year’s fixtures.

Eddie Jones will hope his side can continue the momentum from the clean sweep of Australia in June, but he may have shot himself in the foot with the strenuous training schedule he imposed on his troops since a month ago, with players dropping like flies due to the intensity of the regime. And the one player he wouldn’t have wanted to lose has also fallen prey to injury, with Maro Itoje having fractured his right hand.

Their marquee match is undoubtedly against the Wallabies at Twickenham, that will be played as a stand-alone match in December. The extra week matches (generally involving one of England, Wales, or both) seem dangerously close to overkill, and this year’s match might be just that too due to England’s aforementioned injury woes and the Wallabies’ extremely long season of their own. But there will be a lot riding on it, especially if the Wallabies enter Twickenham still in the hunt for their first Grand Slam since 1984.

Add to that the fact that England whitewashed the Wallabies in June, while the Wallabies dumped England out of their home World Cup at the very ground they will be playing in, along with the inevitable jibes aimed by Eddie Jones at his former Randwick teammate Michael Cheika, and you’ve got all the ingredients for a spicy, feisty encounter. England have had the upper hand over Australia in recent matches with the exception being that World Cup encounter, and I don’t see this one going any differently if I’m being honest.

But the last word for this year should belong to the trailblazing, history-making, try-scoring-but-not-necessarily-try-converting All Blacks.

Having secured the Tier One record for consecutive wins in a row, the All Blacks have a relatively easy end of year tour, with the only real tests being the ones against Ireland. Yet the All Blacks’ biggest enemy is complacency, and you just know Steve Hansen will not let his side indulge in a jot of it. The only viable force working against them could be fatigue, as it did in 2013, but they managed to overcome it back then, and there’s no reason to believe that they cannot do it again this year.

If they do manage to close out 2016 unbeaten like three years ago, then this class of All Blacks will have firmly entrenched themselves as one of the best teams of all time. It is hard to see them doing anything else.

So what do you make of the November Tests, Roarers? Are you excited for this year’s fixtures? Which matches will you be looking forward to the most? Let’s hope for a thrilling four weeks to close out what has been a great year of international rugby.