The top four NRL grand finals of the 2000s

The 2000s were a great decade for me. I spent that time keeping fit, travelling the country, meeting my wife in 2004, having children and inexplicably joining the military to close out the decade in 2009. It was also a great decade for NRL grand finals.

As the Storm was stripped of titles in 2007 and 2009, I will not be considering them for my list. Unfortunately both of those finals would have ranked highly on my list, but, nonetheless, I present my top four naughties grand finals.

4. Canterbury-Bankstown Bulldogs v Sydney Roosters, 2004
Despite being a good match, it’s one that leaves a bit of a sour taste in the mouth. The Bulldogs were after some redemption after finishing with the 2002 wooden spoon due to the game’s first major salary cap scandal. The Roosters were searching for two grand final wins from three consecutive appearances. The Roosters took a 13-6 lead into the break on the back of tries to Chris Walker and Anthony Minichiello and a strange 31st-minute field goal from Brett Finch.

A resurgent second half performance by the Bulldogs saw them collect two early tries through Matt Utai and Hazem El Masri to lead 16-13 by the 53rd minute. The remaining 27 minutes would be heart attack material as both sides threatened to score but couldn’t quite get there.

The Bulldogs prevailed 16-13 to collect their eighth premiership.

3. Wests Tigers v North Queensland Cowboys, 2005
For the first time since the 1999 decider, the grand final featured two sides looking for a maiden title. Underlying fan tension had plagued the joint venture since the Balmain Tigers, and Western Suburbs Magpies merged in 2000, and with good reason given the demise of the Northern Eagles, but by full-time supporters were as one.

Featuring what many believed to be a squad of ‘money-ball’ players that no one else wanted, the Tigers were written off by bookmakers early in the season. But, the guidance of master coach Tim Sheens and rising stars Benji Marshall and Robbie Farah mixed in with the brilliance of Scott Prince they had something going for them.

Their opponents, the North Queensland Cowboy, were also looking to make history with their first title. Halfback Johnathan Thurston was also looking for some personal history by winning consecutive titles with two different teams.

This match is best remembered for the famous Marshall flick pass that occurred just before half-time. After beating several players through pace and footwork, Marshall appeared to be headed into touch but produced a miracle flick pass to Pat Richards who would score a pivotal try.

Ultimately the Tigers would prevail 30-16 and celebrate with a million post-match interview curses.

2. Penrith Panthers v Sydney Roosters, 2003
This was the first all-Sydney grand final since Manly and St. George clashed in 1996.

Penrith were chasing their second title in their history, and the Roosters were looking to go back-to-back, a feat which had not been achieved since the Broncos’ 1992-93 consecutive premierships.

Ricky Stuart was looking to collect his second premiership as a coach in just the second year of his career. Veteran Panthers coach John Lang was aiming for his first ever top grade title, having worked as a first-grade coach since 1994.

Craig Gower’s Panthers were able to get out to an early led in the first half but shortly after the break the Roosters, led by Brad Fittler, tied things up and appeared to be getting on top. But when Roosters winger Todd Byrne began to streak away, a hero was born. Departing second rower Scott Sattler somehow managed to catch the winger and produce one of the best around-the-legs tackles ever seen to drag Byrne into touch.

That set about a vicious momentum swing and allowed the Panthers to collect two further tries to claim an 18-6 victory. 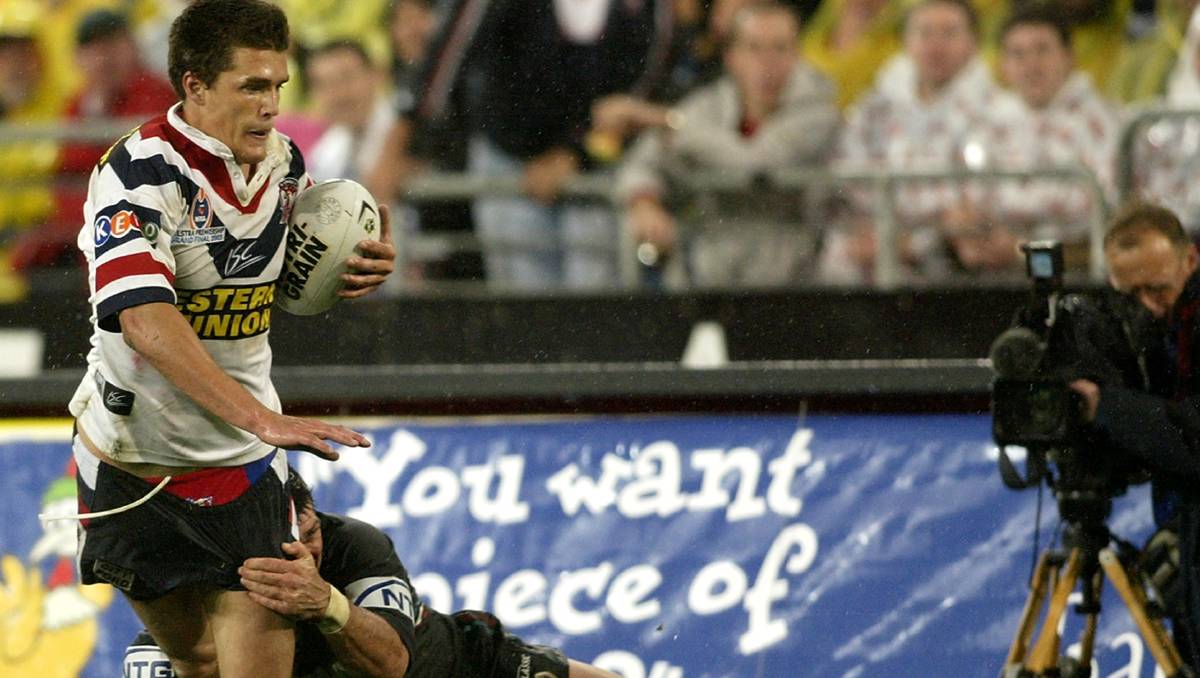 1. Brisbane v Melbourne
For the first time a Sydney team would not feature in the grand final not only that no NSW team would feature. It was Queensland against Victoria, and New South Welshmen hated it. This match also pitted master against apprentice, with Broncos coach Wayne Bennett facing off against his former assistant Craig Bellamy.

Both teams had taken turns in winning in the late 90s with the Broncos champs in 98 and Storm winning in 99. The Broncos had plenty of motivation in the form of attempting to keep their 100% grand final winning record intact and to send legendary prop Shane Webcke out as a winner. The Storm had a similar motivation in trying to send out Matt Geyer, the only remaining member of the premiership winning 1999 side, a winner.

The Broncos took the lead into half-time and on the back of a Darren Lockyer field goal and some favourable calls created and then kept a solid buffer to secure their first premiership since 2000 with a 15-8 win.

Do you agree with my list? What is your favourite grand final of the 2000s? For my next list, I’ll be doing a list of the best grand finals of all time.