We picked three of the top four horses in 2015, which was a very unusually run Cup compared to the average, due to the poor track and very slow pace. Hence the ‘lottery’ outcome for first place.

These outlier results happen usually once a decade, so fingers crossed 2016 will be our year!

Click here to read Tristan Rayner’s exhaustive preview of the race that stops a nation, while get the low down on exotic bets here.

There are many Melbourne Cup tips out there which can definitely be confusing to the average punter. The best tips however come with a historical performance record. The reality is that every horse has their pros and cons, any one of them can win on any given day.

The key to picking the winner is to objectively research every horse using numerical analysis, which is the best way to separate the hype from the hard truth. This method will find the most likely winning horse even if it goes against the mainstream opinion.

A few variables that are very significant among Cup winners are having a lead-up race in Australia, being weighted 55kgs or under, being lightly raced and being in the more higher rated top half of the field.

That’s historically an 80 per cent chance (19/24 horses) that the top half will yield both the winner and runner-up. Horses in the lower half even with their lighter weights of 50kgs to 53kgs generally do not have the class compared to the top half of the field.

It would take very strong attributes from a lower half horse to overcome this class query. This year, more than any other in recent memory, presents two genuine lower half contenders.

Here are the horses that the Melbourne Cup money formula has rated as being the top contenders compared to the rest of the field, with selections to follow.

Exospheric – Trained by Lee and Anthony Freedman, Exospheric put in a solid effort placing third in the Caulfield Cup. Unfortunately he has never run 3200m, but the fact that he has had a lead-up run in Australia, and has drawn barrier 13, is encouraging.

Gallante – This gelding from the Williams stable was the recent winner of the 3200m Sydney Cup having beaten Barman and Grand Marshal convincingly that day. This spring he has been very lightly raced. Very competitive in the Naturalism Stakes, having the top weight, but well-beaten by Jameka.

His latest showing in the MV Cup was very poor and certainly disappointed many observers. Was this simply a blip on the radar or something more telling? That’s the big unknown. If things go his way during the race, we would expect him to finish well in the Cup.

Hartnell – Currently ranked tenth in the world, Godolphin’s Hartnell is the Cup favourite who has dominated several lead-up races and put in a positive showing against Winx in the Cox Plate. 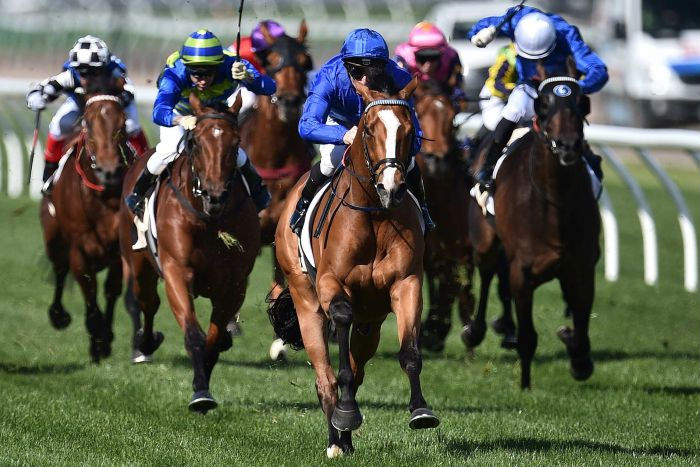 He seems to be a different horse to the one we saw at this time last year. Some have expressed doubts over his staying ability over 3200m which historically has not stood up well. His long drawn-out spring campaign may also be an issue and affect his intensity in the Cup. Likely to put in a strong showing nonetheless.

Oceanographer – Another Godolphin horse that placed a solid third in the Geelong Cup. He recently stormed the field in the Lexus Stakes with amazing sectionals in the last 100m to chase down Tom Melbourne.

The second favourite, he is a great lightweight chance, and has certainly timed his prep to near perfection. The question now is, can he back-up this success for the Cup?

Qewy – A former successful hurdling horse who only recently was carrying over 70kgs on his back in the jumps, ala Max Dynamite who finished an unlucky second in the Cup last year. Winner of the Geelong Cup, and along with Oceanographer and Hartnell is owned by the Godolphin stable, Qewy is a versatile stayer who manages to enter the Cup with one of the lightest weights.

Do not be deceived by those who believe the Geelong Cup will not produce the Cup winner this year. While there are questions over class, his other attributes fits the profile of a potentially steadfast Cup performer and perhaps the eventual winner.

The horse that I would not back to win the Cup is Jameka. I know this goes against popular opinion. The reality is the Caulfield Cup-Melbourne Cup double has been achieved less than ten times in the last one hundred years. The burden of the extra penalty weight to carry for Jameka over a longer distance to run is the great equaliser in the Cup and hence gives the other lighter-weighted and under-rated horses a huge advantage over her.

It is looking very positive that the Godolphin stable and trainer Charlie Appleby will have their first Melbourne Cup winner.

Good luck Roarers, and may the horse be with you!