My Melbourne Cup tip? You will probably lose, but here's what you need to know

In 1977 I was given 50c to bet each-way on a horse called Gold and Black (which were my footy team’s colours), and it won the race and I bought a model fighter jet and some Airfix glue.

In 1979 – by which time I had reached the grand age of 9 – I backed Hyperno with another 50c each-way and it won, too, and I thought, ‘This is easy!’, and bought another model jet plane.

And I still gamble today, though not as well.

Because gambling, unless you are a bookmaker or doing the quite intricate maths, is not good if you want to, you know, “keep” your money.

Australian television is saturated with bookmakers pretending to be the punters’ friend. And it appears to be working given Australians bet $23 billion each year ($23 billion!) which is rather a lot isn’t it? You could build many hospitals and roads, and send an Aussie Space Shuttle to Mars, and someone should get right onto that.

In the meantime there’s one certainty of life “on the punt”: while winning “free” money is an undoubtedly fun and exciting thing, and you can think like Homer Simpson about his life after robbing the Quik-E-Mart, there is exactly one hundred per cent chance – unless you do the same maths as bookmakers – that you will lose.

And yet still people gamble.

And that’s why bookies call punters mugs and marks and worse, though not to their face.

But enough of the sermon. It’s Cup Day! You beauty! One the best days of the year and a heap of fun.

It’s a public holiday in Victoria though I’ve always thought we in other states had it better because we’d go to work and then knock off at midday and go to the pub, and use our public holiday for other events like the important Queen’s birthday.

(Ha. What an odd country this is.)

Pubs and clubs love Cup Day, too, as they’ll be filled with garrulous grog-engorged punters, while across Australia race tracks hold race days and workplaces empty as everyone gets on the drink to be ferried home by squadrons of Uber drivers.

And when one race finishes another one starts, and you can bet on every one, and the bookies hope you do.

$23 billion! That’s a thousand bucks every man, woman and child in the land, gambled into the pockets of wealthy people and onwards to the coffers of government.

Yet tack $10 a month onto people’s electricity bill and you can lose an election. True story.

OK? You get it? Gamble responsibly, blah-de-blah-blah. Now tell us who to back!

There are 24 horses in the Melbourne Cup field, which is a lot, which means relatively large odds for some fine animals. 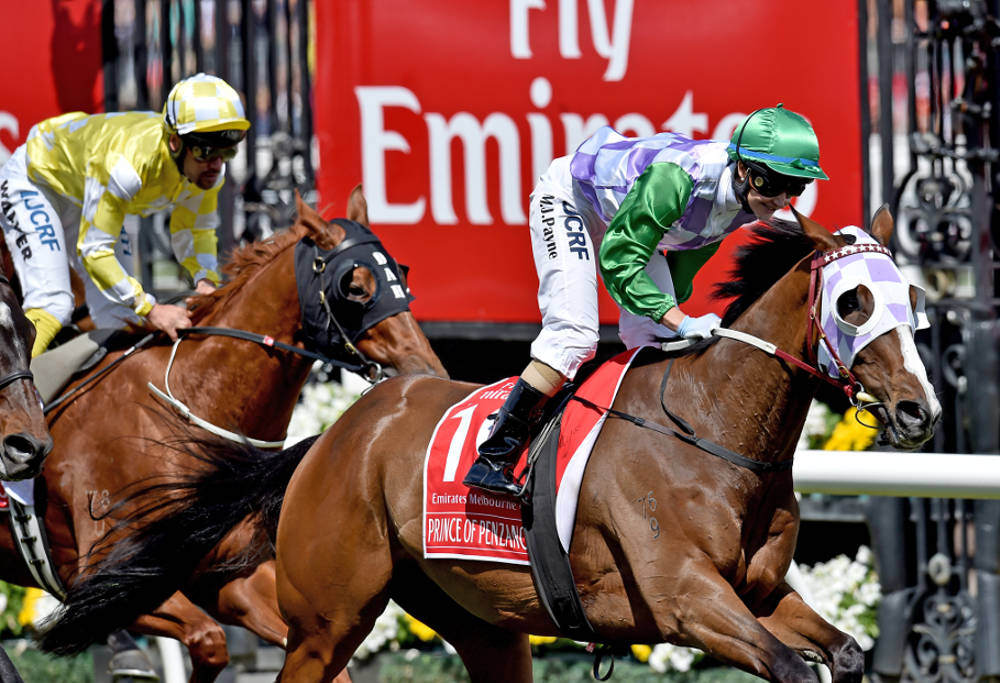 The race in recent years has been dominated by international horses because owners, trainers and breeders in Europe and Japan are better at owning, training and breeding “stayers”.

The Cup is a “staying” race because it’s over 3200 metres which is two miles, and horses have to “stay” the distance.

Australian owners – and thus breeders and trainers – have tended to favour horses for shorter “sprint” races because they can run in them sooner because young horses can run in sprints.

There’s a race called “The Golden Slipper”, for instance, which is a 1200-metre sprint for two-year-old horses which is like a running race for kids worth $3.5 million. Not exactly like that. But a bit.

Oh? A winner? In the Cup? Favourites have won or placed in roughly half the race’s 155 runnings. Check an animal’s form over 3200m and thereabouts.

Going on colour? Not so stupid – anything wearing the royal blue of His Highness Sheikh Mohammed bin Rashid Al Maktoum’s Godolphin Stables will have a sniff because old mate has rather a lot of money and high passion for breeding beasts.

The Sheik has five entrants in the Cup including the favourite, Hartnell. Each one is impeccably-bred and trained by experts and given the finest life a (fast) horse can have.

Breeding? Quite important. If the mummy and daddy horse were also good at running long distances – and they’re not born in Australia – that’s your animal.

And there’s also the old “form”. And there’s two that come to mind – Hartnell, which placed second to Winx in the Cox Plate and will liek the extra 1200m of this race – and Jameka, which won the Caulfield Cup, a noted precursor race to this one.

You will need it.

Breathe in that carnival air peeps, a massive day of A1 quality awaits at both Randwick and Caulfield, headed by the George Main up here and Rupert Clarke down there.

There are two meetings to look at on Friday, with my attention at Albion Park and Shepparton.

Spring racing heats up this week with Group 1s being held in both Victoria and New South Wales.

Two meetings to look at on Thursday, with Yarra Valley and Redcliffe getting my focus. Down below are your best bets for the respective programs.