Mitch Marsh, the other kind of all-rounder

There are two kinds of all-rounders, and Mitch Marsh is the other one.

Mitch Marsh is a bowling all-rounder. His skill with the ball is that much more noteworthy than his skill with the bat. Yes, he has the ability to break out a huge score with the bat at some point, but Marsh is being played out of position, and if he keeps having to play the role he’s been given, he’s not going to last.

A true all-rounder is a rare commodity. A very rare commodity. Most players given the “all-rounder” role are bowlers who can swing a bat well, or batsmen who can bowl pretty effectively. For years, Australia had the latter – batting all-rounders like Mark and Steve Waugh, Michael Bevan, even Michael Clark, at one point in his career, was bowling enough that you could have gotten away with giving him the label.

Yet regularly he’s coming in to bat with the pressure of being a top-order batsman, which is twice as difficult when you factor in Australia’s propensity for collapse in recent years. 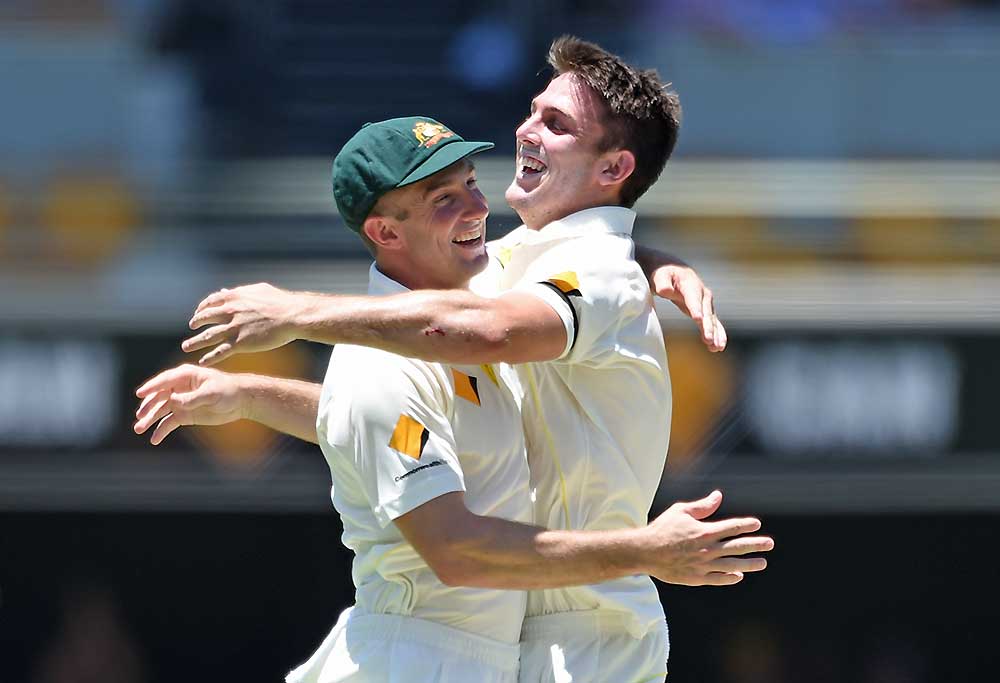 Marsh isn’t a No.6 batsman. If anything, he would be best played around 7 or 8. Australia is trying to have its cake and eat it too by playing five bowlers and six batsmen, but with a consistently capitulating top order, it’s not working the way they’d like.

One of Mitchell Marsh’s biggest problems is that he almost constantly has to come out and save an innings, and it’s a simple reality that he doesn’t have the skillset to do that. He’s not the player you can ask to come out and block for three hours to save the match for a draw, he’s the guy who is best off coming in with the score at 6/400 and a mandate from the skipper to reach 500 in the next fifteen overs.

Look back through history for the great all-rounders. They’re few and far between. Flintoff, Kallis, Botham, Hadlee, Miller, and others – these were rare talents, and as harsh as it sounds to say this, it’s not fair to expect Marsh to be carrying that kind of a load on his shoulders. In fact, with the exception of Kallis, most of those players would have still been coming in further down the order than what Australia is expecting of Marsh.

If the selectors are that keen to have Marsh in the team, then they need to accept that he’s bowler 4, not 5, and slip him in at 8. If they want someone who can sit at 6 and also contribute their 20-or-so overs, then the important thing is to find that batting all-rounder, a Maxwell, Henriques or similar.

Of course, the other main issue is to stop the collapse in the top five so that whoever’s in those late middle-order positions doesn’t have to come out with an innings of pressure on their shoulders.