For the first time in Ashton Agar’s lifetime, Australia have lost the first Test of the summer, going down to South Africa by 177 runs.

Here are the ratings for the first Test between Australia and South Africa.

The Test started well enough for the Australians. After Faf du Plessis won the toss, Steve Smith gathered his team in a huddle for a pep talk, the gist of which was, apparently, “Hey, guys. Let’s be much less terrible than we were in Sri Lanka, huh?”

Needless to say, Mitchell Starc listened and did his usual trick of taking a wicket in the first over of a game. Sure, it took him four balls before he managed it. But he’s coming back from injury. Cut the guy some slack, huh?

With Mitchell Starc becoming a first over wicket-taking specialist, how long until teams start sending in a Starcwatchman?

But it wasn’t just the first over that Australia showed signs of putting a miserable winter behind them. It was the entire first day, as they bowled out South Africa for 242, before Dave Warner and Shaun Marsh raced to 0/105 at the close of play.

According to Shane Warne, things turned sour for Australia on Day Two when Mark Nicholas jinxed David Warner by mentioning he’d never been out in the nineties, only to see him fall for 97 the very next ball.

According to others, things didn’t really start to go bad for the Australians until umpire Aleem Dar – the man with the sharpest eyes in Test cricket – shot out Steve Smith LBW to Keshav Maharaj for a duck just a few overs later.

So far down the pitch was Smith when he was struck on the pads that there was a thought that his inevitable review had given him out stumped. But no, Hawkeye upheld Dar’s LBW decision. This was still insufficient for many fans who couldn’t understand how Smith had been given out LBW merely because an elite umpire and the best software available both agreed that if the ball had not hit his leg beforehand, it would have struck the wickets.

Regardless of whether it was the cruel Mark Nicholas jinxing or the cheating DRS or even perhaps something as unlikely as their batting not being up to the challenge of the South African bowling, Australia lost 10/86 to be all out for 244.

But Australia had still finished with a first innings lead of two runs. An immense confidence boost, as they knew that no matter how many runs South Africa made, Australia would have to make one fewer to win the game.

Heck, at that point, there was still technically a chance of an Australian innings victory.

But once openers Dean Elgar and Stephen Cook saw off that improbable threat, it was Elgar and JP Duminy who saw off the threat of any kind of Australian victory at all, putting on a century each and 250 runs for the third wicket as part of a third day in which South Africa took their total to 6/390.

Not a great birthday present for Chairman of Selectors Rod Marsh who was there at the game. Certainly nowhere near as good as my suggestion of a competent number six batsman plus home brewing kit. 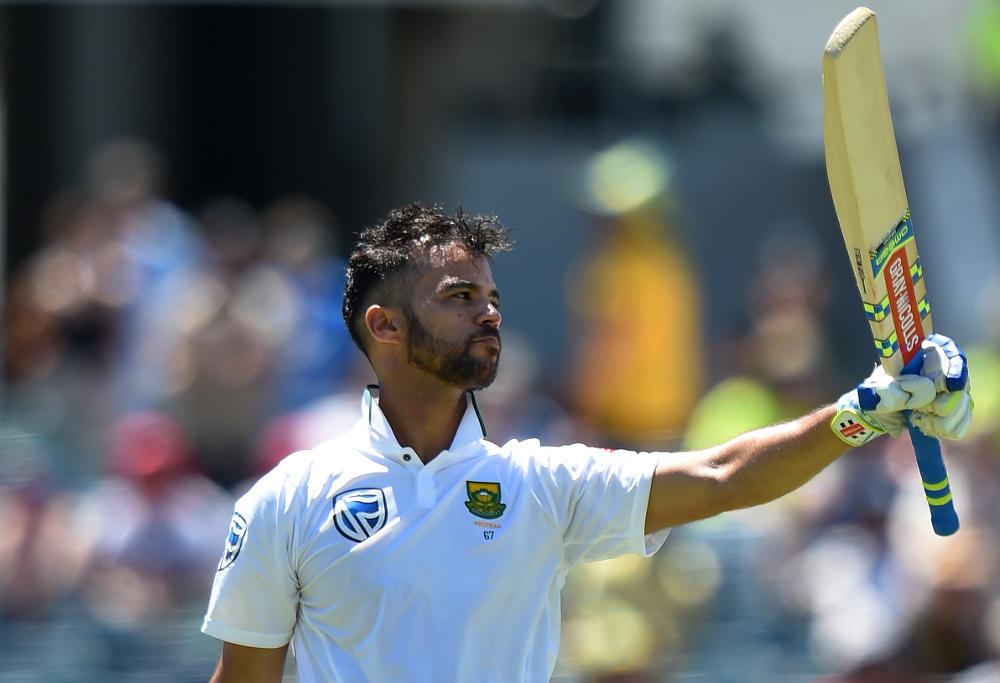 For yes, Australia still have a Mitch Marsh problem. The younger Marsh made a duck in the first innings and while he took a couple of wickets in South Africa’s second innings, there were concerns that this just meant that the gap between Marsh’s wickets and runs for the Test had blown out to a possibly unassailable two.

In the end, he made 26 in his second bat, just enough for him to retain his spot, especially since the selectors had guaranteed no changes for the Second Test.

And, besides, remember how somebody in the crowd once gave Mitch Marsh free cheese at Lord’s during last year’s Ashes? How many other cricketers can honestly claim that?

Australia were attempting to make history by chasing down 539 for victory. It was always an unlikely bid, with even the ludicrously optimistic Commbank Viewers’ Verdict suggesting Australia had only a 86 per cent chance of success.

Even less likely was Michael Slater’s repeated insistence that Australia were attempting to ‘rewrite’ history. Come on, Slats. Is it worth meddling with the time-stream and threatening the stability of the space-time continuum merely to win a Test match?

And yet, Australia couldn’t go though with it, with man of the match Kagiso Rabada taking 5/92 to leave Australia 177 runs short.

Let’s hope Adam ‘Doc’ Voges and Dave ‘Marty’ Warner can hop in the ol’ Delorean and head back to Day One to sort this mess out, huh?