Because one day society will realise that there’s no point making some drugs illegal and others not, and will legalise everything.

And in this utopian future, the citizens of the world will be asked to fully take on the hackneyed notion of “personal choice”, that being if you choose to swallow, snort or otherwise ingest the filthy muck percolated in tin sheds according to science learned by outlaw bikies, then knock yourself out, you idiot.

Like cigarettes and alcohol, abuse that stuff at your peril. We can only educate you so many times about the dangers to your health.

And ultimately it comes down to you, the human, making a personal choice, as you do about smoking, drinking and spending your rent on the last at Cannington greys.

We can only only make that picture of the tongue cancer on the cigarette packet so hideous.

Premiership-winning Cronulla Sharks fullback Ben Barba made a choice and has today paid a price. And some will say: “Good riddance! Because all drugs are bad and you’re a drug-taker and you are bad, and good riddance, again, I say, as I suck the very yeast from a stubby of Carlton United Brewery’s finest hops-based alcoholic beverage, because it’s legal, and that’s just it.”

And to you, moral high-groundsman, I say this: “Screw you and the high horse you rode in on.”

Because if you think Barba will be the last high-profile sports person to be rubbed out of sport for sampling the product of Bolivian hill people, imported at great risk to Australia (top 5 with a bullet in the world’s largest consumers of cocaine) and spread about in little bags by well-paid pizza couriers, then you are a damned fool.

Cocaine, ecstasy, the horrible skin-crawling, penis-hardening, wakey-wakey crystals of “ice”, these things aren’t sports-performance-enhancing, and as such aren’t cheating.

Indeed they’re arguably better than the legal drugs. Check your performance after downing ten schooners and ten vodka Red Bulls, and sucking in a packet of Winfield Reds.

Illicit drugs are no different. The only difference is in the word – illicit.

And the law, in this instance, is something of an ass, as the millionaires on Harleys would tell you.

You know who’s happy cocaine is illegal? Bikies. It’s another story. But it’s a straight-up fact.

“But it’s illegal!” you screech again, whacking a few pointed missives into the keyboard with great vengeance and furious anger, the words flashing up on screen in big brassy fat font caps. “IT’S ILLEGAL DON’T YOU GET IT IT’S ILLEGAL!”

I get that. Be cool.

My point is that people are still taking these things regardless. Hundreds of thousands, even millions, every weekend. It’s a fact. And a fact of life.

And testing for these things in sport and publicising the findings as a stick, it doesn’t do any good, any more than The Manly Daily publicising the crime of a 25-year-old tradesman, barman or stockbroker dabbling in the devil’s dandruff last Saturday night. 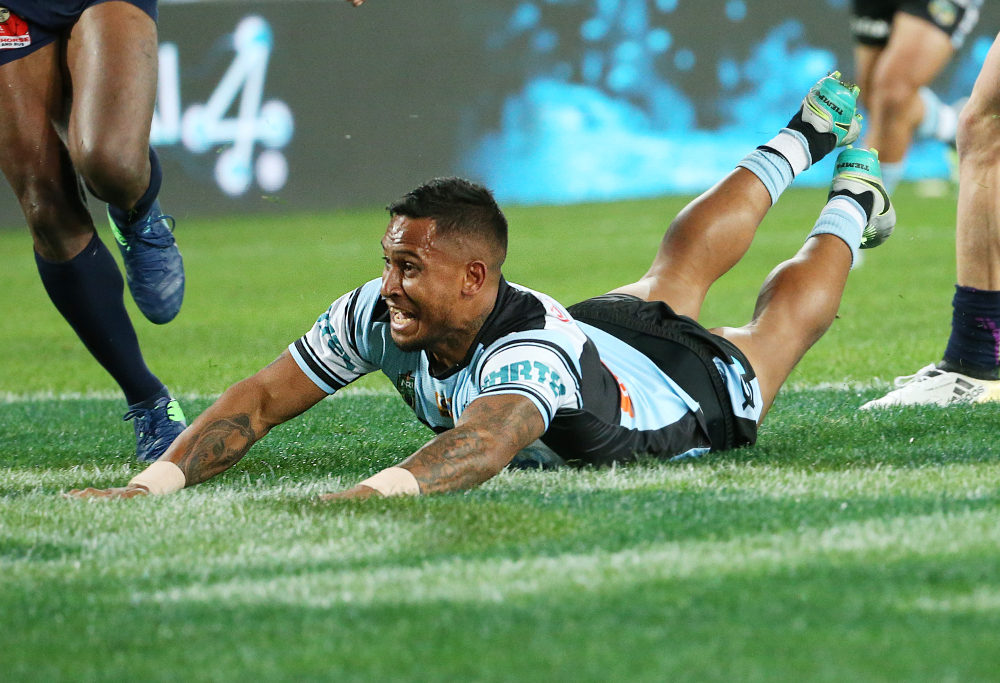 Coke, ecstasy, “Special K”, whatever that is, they’re a vice, like all of them. And the siren song is on for these things as much as it is for other drugs, like alcohol and nicotine and your aunty’s prescription stress meds.

“But wait! Employers can test their employees as they see fit!”

They can, to an extent. But there is context. You wouldn’t want airline pilots or train drivers or heart surgeons or such like to be affected by drugs, legal or otherwise, while performing their duties.

Yet amphetamines are out of your system in 48 hours. And that’s why FIFO workers spend five days off in Bali on a bender, the next two days before getting on the plane drinking blood-purifying grassy green juice.

It’s sort of the same in sport. And you’d have to be pretty unlucky – and targeted, as Barba would’ve been – to be done twice.

And our Benny knew that, and evaluated the risks and took a punt, and enjoyed the drug’s ability to make him feel like a talkative cool person, if only for a while.

And now he’s been brushed by the Sharks, and if another NRL club wants him they’ll have to wait 12 games before he’s allowed to play, and even then he’ll have to get through the governing body which will, as ever, be acutely conscious of its brand’s appeal to sponsors.

“What about the kids? Won’t someone think of the children?”

So don’t test for it. Or if you must, don’t publicise it.

The NRL’s policy is first strike, you’re good. Second one is 12 weeks and it’s publicised. Third – two years and that’s likely you, out of the game.

And still they’re taking the drugs, and taking a punt, and we’ll never stop them, it’s a stone fact.

Few years ago I played golf, by chance, with an AFL club doctor. Nice fellah. And we gossiped away, as you do, about sport, and he mentioned a high-profile footy player who’d been done three times under the AFL’s “three strikes” drug-testing policy.

Anyway, this player was ordered to do a bunch of “counselling” and such forth. But because during this phase of the process he wasn’t tested again, he was all clear to go out and take all the cocaine and ecstasy and whatever else he wanted.

So by day he sat there in counselling and nodded along, “Oh yes – I must do better”. By night he was tearing it up on the dance floor with all the maidens of Melbourne.

And after all that, when he started playing again, old mate carved them up. Played great footy.

According to the newspapers his life was spiralling to shit.

But then who’s business is that?

Sure. So educate, educate, educate. Explain, in the simplest bloody terms that you can to these young men and their still-developing brains that X will happen if you take Y.

It works with cigarettes. It appears to be getting through about the drink.

Players know that cocaine, alcohol, nicotine, they’re performance-reducing. If you want to reduce your own performance – and the quality of your very life – for mine, knock yourself out, you idiot.

Yet one would assume – and there is 99.9 per cent likelihood that one would be correct – that Barba’s two positive tests for cocaine do not represent the only two times he took cocaine in 2016. Because that would be a tad unlucky, wouldn’t it.

Look – for mine, what Barba does in his personal time, it’s none of your business. It’s none of his footy club’s business, and none of the National Rugby League’s business.

The NRL has a legitimate concern for the “look” to sponsors of their “brand”.

They’ll make noises about duty of care and welfare for the man and his family and let’s all think of Ben in these troubled times.

But money’s driving it. If Barba’s a reserve grader from Wyong, we aren’t hearing about it, any more than the tradie or stockbroker from North Balgowlah.

And anyway, get a police dog to sniff about the $50 bills in the wallets of your NRL and club heavyweights, and coaches’, and player-managers’, and media’s, refs’, and, yes you, sports fan, and there’ll be positive samples for all sorts of shit.

Nope – stuff it. Don’t test for it. Take it out of the equation. Double down on cheating, on performance-enhancing drugs.

But cocaine, eccies, all that stuff – stuff it. Don’t test for it.

“Simply too liberal! Who am I, Liberal Democrat Party Senator David “Bring back machine guns!” Leyonhjelm?”

I am not. Far from it. That guy can can swim about in the unrepresentative swill and make icky rough love with Pauline Hanson.

A pox on that guy.

But illicit drugs create mega-profits for illicit people. Take away the illegality, you take away the crime.

Yes, legalise this stuff, you’re left with social issues. But we have them anyway. That’s what we’ve got now.

Drugs are an issue. And alcohol’s by far the worst of them.

And thus sport should say that drugs, like alcohol, are a social issue, and it’s not our business, so let’s stop testing our athletes for taking stuff that negatively affects their ability to be athletes, and that’s all.

Hopefully before we’re all killed by President Trump.