The Mariners playing in Canberra is a waste of time

Football Federation Australia is wasting everyone’s time by allowing the Central Coast Mariners to play a home game in Canberra on Saturday.

Residents of the nation’s capital should feel royally shafted by their treatment at the hands of A-League officials.

Not only did the FFA summarily ignore a Canberra bid for the A-League that was good to go in 2012, but local fans must now put up with the total nonsense that is the Mariners ‘hosting’ Wellington Phoenix at GIO Stadium on Saturday afternoon.

And guess what the end result will be? A dismal attendance and dreadful TV ratings.

Instead of encouraging former Canberra bid leader Ivan Slavich to accept a position as ‘business development ambassador’ for the Mariners, FFA officials should be begging him to resurrect the Canberra bid.

You can’t really blame the Mariners for their desperate scramble to attract new fans.

They’re a club that should be a regional powerhouse, but that has instead somehow alienated a significant proportion of their fanbase and largely failed to maintain a connection with Gosford.

You know things have gone wrong when the former Mayor of Gosford, Lawrie McKinna, accepts a job up the road at Central Coast’s bitter local rivals Newcastle.

But the Mariners can hardly be blamed for looking for alternative revenue streams in a league where funds aren’t always easy to come by.

However, when they proposed taking home games to GIO Stadium – they’re also playing Adelaide United in Canberra next February – the FFA could have simply told them ‘no’.

It’s laughable to think that fans in Canberra will support the Mariners like they do their Australian Rules counterpart Greater Western Sydney.

The only reason decent crowds turn up at Manuka Oval when the GWS Giants go around is because no one in western Sydney follows the AFL, and Canberra locals are smart enough to realise the Giants are a likely prospect for relocation. 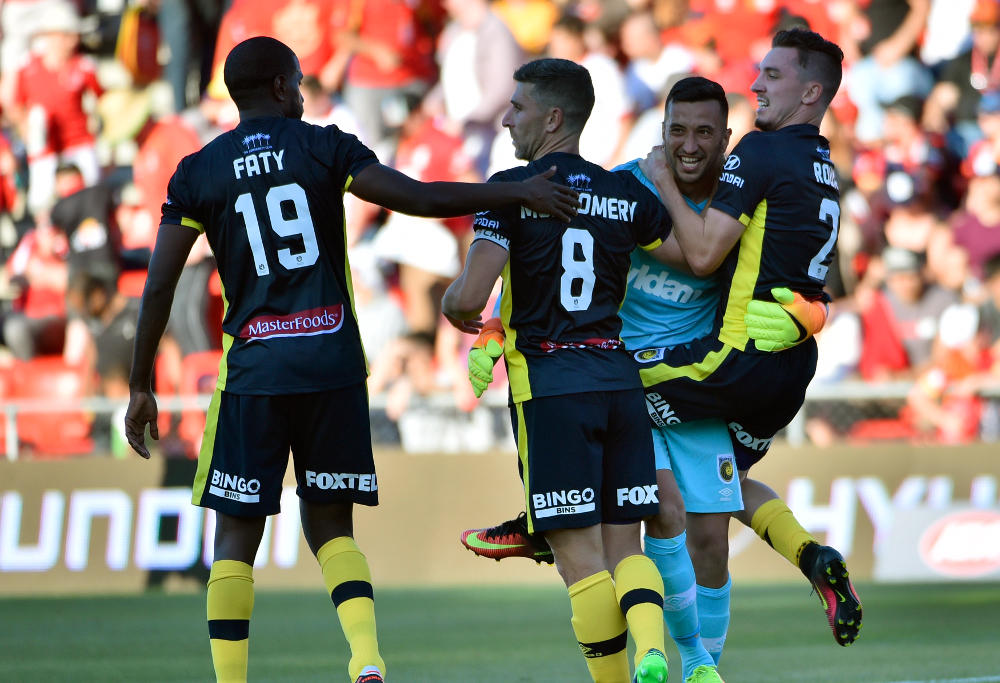 But allowing the Mariners to play in Canberra seems like an exercise designed to fail.

When no one turns up, FFA can point to the poor attendance as proof of why Canberra doesn’t deserve an A-League team.

Yet the reason hardly anyone will turn up is because they have absolutely no stake in the Mariners in the first place.

I couldn’t agree more with Matt Connellan’s excellent piece suggesting that tribalism is the key to successful A-League expansion.

If FFA is actually serious about expanding the league, they should do what common sense has been screaming out for them to do for years and put a team in Canberra.

With a successful W-League team already in place and Canberra Olympic’s FFA Cup run proving there’s an appetite for top-flight football in the nation’s capital, it’s time for FFA to get real and drop this “fishing where the fish are” mumbo jumbo.

Memo to David Gallop – the fish are in Canberra, so put a team there for the locals to support and be done with it.

It’s frankly ludicrous that New Zealand’s national capital is represented in the A-League while our own nation’s capital is not.

The sooner we get to a 12-team competition, the better – and last night’s unusual Thursday night clash between Melbourne City and Newcastle Jets was a harbinger of things to come.

Midweek sporting events may put a dent in attendance figures – at least in Australia – but they’re good for TV ratings and serve the purpose of extending a competition’s weekly footprint.

And when they’re as entertaining as last night’s 2-1 win to City was – with Bruno Fornaroli once again starring with two superb goals – it’s not hard to see why midweek football ends up on the calendar.

It’s just a shame the good folks of Canberra are expected to shell out for such a meaningless fixture as Saturday’s game.

They deserve much better – like, for starters, a well-defined pathway to their own A-League team.