Why don’t we just pick NSW for the rest of the summer?

Yesterday was the final straw. I am now taking a level of assumption that anyone could be Chairman of Selectors and do a better job with our national cricket team.

So I’m going to stir the pot by promulgating the old notion that a strong NSW makes a strong Australian cricket team.

For the third Test, we simply play the best of the Blues. Heck, even for the rest of the summer.

The best XI would be as follows:

In this set-up, Cowan plays foil to Warner but is also a senior citizen to chaperone the next generation.

Khawaja (presently Queensland but is a NSW product) is allowed to develop at first drop.

Patterson comes in at four as an accumulator who has demonstrated over the past two seasons he can bat for long periods of time.

Smith and Maddinson at five and six to build a genuine stroke-playing middle order.

O’Keefe, a fighting batsman, comes in at seven as the bowling all-rounder, which opens up the second spinner option for a future tour to the subcontinent. An all-rounder does not need to be in the team at six, or as a fifth bowling option.

For a finger spinner on the Australian domestic circuit, O’Keefe has an outstanding record, with 215 first-class wickets at an average of 23.44 from 63 games.

Forget the questions on his attitude, the current lot don’t appear to have one anyway.

The added bonus is a batting average of 29.44. Before everyone screams blue murder, Mitchell Marsh averages 29.50 from 66 first class games, and he was batting at six in our national team.

Nevill keeps his spot as our premier keeper (with sincere apologies to Chris Hartley) but drops to eight. I will stress that he does need runs.

Then we play Cummins, Hazelwood and Starc as the pace attack. They are our best quicks and deserve the opportunity. 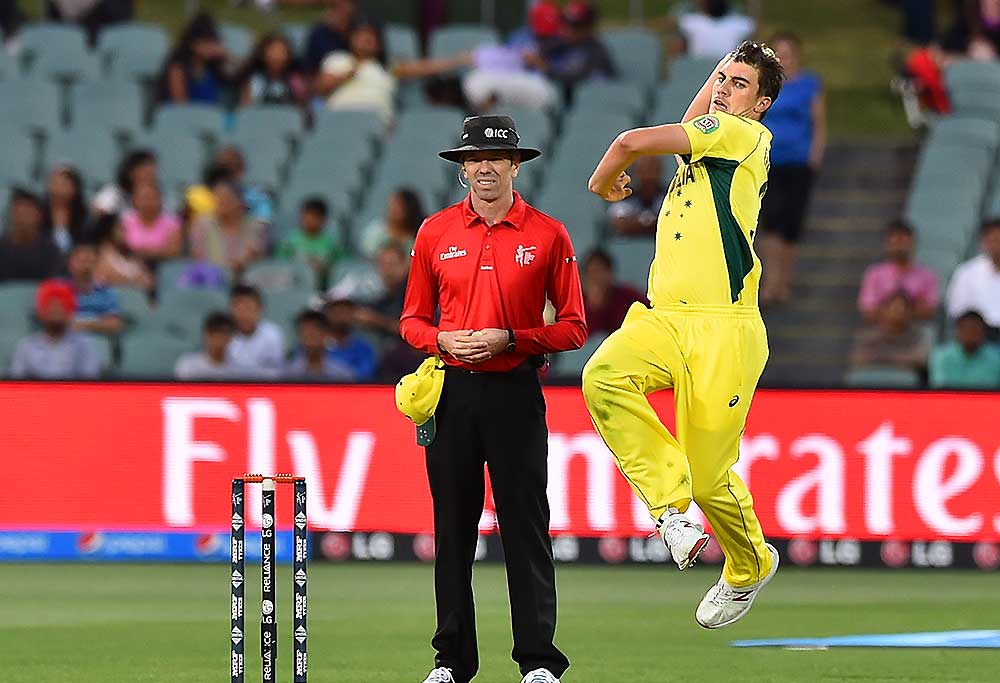 On the weekend I questioned the role of Pat Howard in his capacity as high-performance general manager, and noted how fast bowling management has been deplorable.

On this point, I genuinely don’t understand why Cricket Australia is resting Cummins again.

The cynic in me suggests it is so he can play Big Bash and one-day cricket, be tasked with bowling 150km spells and breaking his back again.

So what of the players who now miss out?

Joe Burns – once the ball hoops or twirls, he brings in multiple forms of dismissal.

Adam Voges – runs in the bank at 37 is crucial, but unfortunately he does not warrant selection in our most vulnerable mid-section at this stage.

Callum Ferguson – baffling selection, he plays all his home games on the proverbial batsman’s paradise that is the Adelaide Oval so of course his average is going to look good.

But at 32 he is not the next generation and has been desperately unlucky with knee problems in the past. Really is the Jamie Siddons of his generation.

Nathan Lyon – clearly out of sorts, his stodgy batting capability has diminished, but more importantly his role of parsimonious offie has been in significant decline since Sri Lanka, and the retirements of Ryan Harris and Mitchell Johnson.

Put simply, he doesn’t have a role as a role-playing spinner.

Jackson Bird and Joe Mennie? They are the fish that the proverbial John West (NSW selectors) rejected.

In any instance, after this Test I do not share Rod Marsh’s belief that Mennie can be in the team for his batting.

Fear not Blues fans. We are not destroying NSW’s opportunity to hoist the Shield again, with this second XI keeping the pressure on the national team for selection.