It’s hard to say much about what happened at Hobart, except to congratulate South Africa.

It was a case of the more things change, the more they stay the same as the Proteas dominated the game from start to finish with their potent bowling attack, led beautifully by Vernon Philander.

What we see: a high-quality bowling attack with a great mix of youth and experience in Kagiso Rabada, Vernon Philander, Kyle Abbott and Keshav Maharaj.

What Australian batsmen see: the four horsemen of the apocalypse.

This game underlined that South Africa has exactly what Australian cricket supporters are pining for: balance.

Balance in their batting line-up, the graft of Faf du Plessis and the ever-impressive Temba Bavuma, mixing with the flair of Quinton de Kock and JP Duminy. While the likes of Hashim Amla and Stephen Cook have not stood up, there is enough to say they will come good in the series and beyond.

Quinton de Kock, with the chorus of Adam Gilchrist comparisons growing by the day, showed his talent with a superb 104 at a whirlwind strike rate of 74. The blistering knock showed de Kock as a batsman at the top of his game, in full control, who was seeing the ball seemingly in slow-motion and using Blundstone as his playground for the day.

A total of 17 fours showed de Kock’s wide arsenal of shots, cutting with precision behind square and looking invincible when driving.

His century was ably supported by Bavuma, a gritty right-hander who has been the surprise packet of the series.

Bavuma is a fascinating case study for a number six. A handy bowler yet not outstanding, his batting is less x-factor but more consistent. Bavuma is dependable and the perfect anchor to an innings, highlighted by his 204-ball 74 in the first innings.

As with de Kock, Bavuma appeared in control and never looked like getting out. 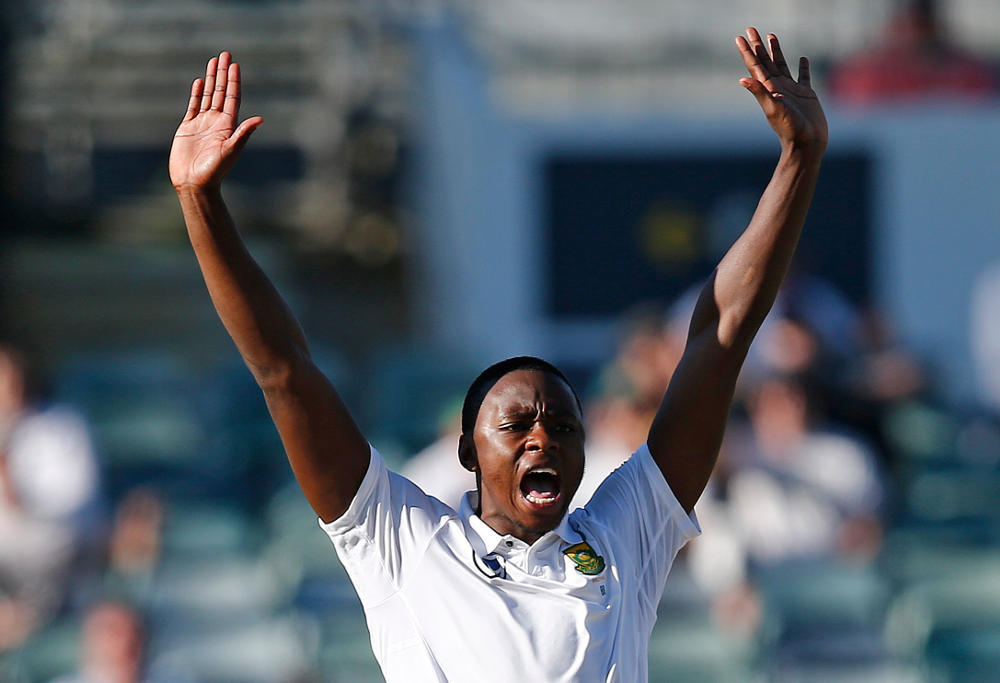 But for all the plaudits to South African batsmen, the bowlers won this test for their country.

It showed their selectors understood the needs of the team and the settings of Hobart. Swing bowling, movement, and a nagging line and length were the order of the day.

Abbott, the Dale Steyn replacement, and Philander never gave an inch and, supported by the excellent captaincy of Du Plessis, strangled a normally free-flowing Australian batting line up.

Admittedly, the dismissal of Dave Warner in the second innings was unlucky, and Adam Voges played a rash shot, but every other dismissal was pace bowling of the highest order.

The Australians looked bereft of ideas, Steve Smith’s captaincy was mind-numbing and the bowlers – apart from Josh Hazlewood – were listless and ineffective.

Australia’s greatest problem is that there are so many questions to answer and so little time before the Adelaide Test. No one justified their spot, the inclusions of Joe Burns, Callum Ferguson and Joe Mennie backfired with major effect.

Do you blood players for the future or do you preserve in the hope the current XI come good? Are the likes of Peter Handscomb and Kurtis Patterson ready? Does Matthew Wade’s batting outweigh Pete Nevill’s keeping?

Does Chadd Sayers, Australia’s best swing bowler, come into contention after the performances of Philander?

The list goes on but there is no obvious answer. When a team is second-best by a country mile, what do you do?