The underdog nobody likes: The rise of RB Leipzig

Until 2009, RB Leipzig were a fifth division club called SSV Markranstadt who were on the brink of collapse. They now currently sit on top of the Bundesliga table after last weekend’s fixtures, so why is nobody cheering for the underdogs?

Red Bull, the energy drinks company, had been looking to invest in a football club in Germany for some time. In fact, their co-owner, Dietrich Mateshitz, had spent three years of his life trying to find one. Along the way there were a lot of maybes, definitely nots, and fan protestations mixed in just for good measure. He remained steadfast in his belief that he would eventually find the perfect candidate though.

Based in Saxony, a town in the East of Germany, they finally found that club in SSV Makranstadt. Not content to just simply invest at the grass-roots level, instead the company went about conducting a complete transformation. The name went first, then the likes of the kit, the former crest and the players soon followed.

In their place was essentially a whole new club with a vast youth team infrastructure and a massive amount of money available. Rasenballsport Leipzig (Lawn Ball Sports Leipzig) or as they prefer to be known for marketing purposes ‘The Red Bulls’ or ‘RB’, they began their journey to the top. Along the way they became Germany’s most hated club.

It is fair to say a number of small clubs and locations were considered over the years until Leipzig was finally settled upon. Initially, FC Sachsen Lepizig were the target. But after encountering legal problems with the German Football Association and a number of fan protests, the plans were scrapped.

Similar scenes followed in Dusseldorf and Munich, as Red Bull tried to acquire a football club.

Undeterred, however, the company returned to the Leipzig area recognising its potential for mass growth in the market. It had a rich football history to call upon and an ever growing population that was without a top-flight team. Meanwhile, there was also the small matter of a new stadium having been built nearby after the country hosted the 2006 World Cup.

Now targeting teams based in the lowest division, because they didn’t follow the same kind of legal procedures, Red Bull found SSV Markanstadt. They entered into negotiations and an agreement for a sale was quickly reached. Red Bull were happy to invest a significant amount of money into the club to ensure a rapid rise through the leagues. With the ultimate goal of plying their trade in the Bundesliga, a hefty amount of money was needed. However, here was where it all started to get contentious and more than a little murky.

“Unlike in other leagues in Europe, the statutes of the German FA deter big investors from taking over its clubs,” The Guardian reported. “According to the so-called ‘50+1’ rule, clubs must hold a majority of their own voting rights.”

However, RB managed to get around these stipulations. Their open breaking of the values and traditions of German football pushing many supporters to angrily respond with protests and campaigns throughout their seven year rise to the Bundesliga.

By utilising the 50+1 rule, people have bought into RB essentially more as investors than fans. The prices for so called ‘memberships’ are extremely high (around $2,000 per year) purposely pricing out regular match day fans.

In their ascent to the top, a number of clubs have taken issue with how they have operated, but perhaps none more so than Borussia Dortmund.

“The construct of the newly promoted side from Leipzig stands against everything that we associate with football,” their fan statement said at the start of the season.

Fans are integral to every football club all around the world, however in Germany this is even more of the case as they are entrenched into the very fabric of their clubs. There is no getting away from the fact that at the end of the day football is a business. But with the fans involved in the day-to-day running and with voting rights as members of the board, this reality is perhaps lessened in Germany.

Through elevating prices to become a member from the beginning though, RB effectively bypassed this tradition and also, as a consequence, its democratic structures.

Seven years on from their takeover, the club still has just 17 members who are allowed to have any say in the way the club is ran. It is a marked step away from tradition and the rules in which the majority abide by.

The obvious commerciality aspect of the club is the main bone of contention for rival fans. With many seeing the fact that a football club is being essentially used as one big advert for Red Bull as terrible.

“My club was founded in order to play football,’ a fan told Sportsmail. “RB Leipzig was founded to make money. To sell an energy drink.”

Although the club’s owners have repeatedly spoken of their rise as a victory for East German football, which suffered failure to compete after the breaking down of the Berlin Wall. The fact is that currently just one local player from Leipzig makes the side.

Their much vaunted youth system is generating players who have broken into all levels of the national team, but once again RB’s supposed poaching of the best talent the country has to offer is cause for bitterness amongst rival fans.

A stockpiling of potential is nothing new at big clubs, but their aggressive pursuit of young talent has raised the ire of many in Germany. RB’s director, Ralf Rangnick, was unrepentant though in the face of all the criticism.

“For us, it is all about giving young, talented sportsmen the chance to develop,” he said.

The aim of winning the Bundesliga title with them is within sight. But if successful, there will be very few congratulating the underdog next year. 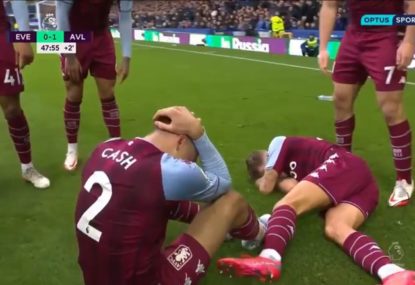 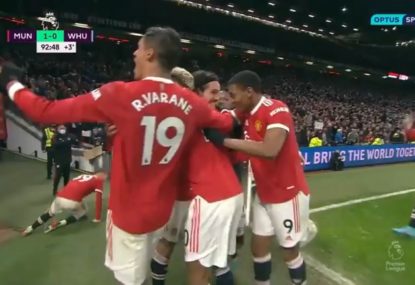