The Bengals' ship has sailed

In the 2015-16 NFL season, the Cincinnati Bengals were one of the most exciting teams in football.

Starting the season 8-0, their potent offence led by quarterback Andy Dalton, superstar wide receiver AJ Green and red zone beast Tyler Eifert, the Bengals put points on the board for fun. Their creative shifts and schemes called by former offensive coordinator Hue Jackson were a nightmare for opposing defences and they became one of the major contenders for Super bowl 50.

That’s without mentioning their physical defence, which was borderline impenetrable. The Bengals had an equal league high in interceptions from Reggie Nelson the consistent play from Geno Atkins and Carlos Dunlap in the trenches and the physical linebacker play from Vincent Rey and Vontaze Burfict was a perfect complement to their flashy offence.

By the time week ten of the season came around their 8-0 start was still intact but on Monday night football at their home Paul Brown Stadium the Houston Texans came in and with the most devastating defensive player in football, JJ Watt. They also had the next generation unstoppable wide receiver Deandre Hopkins. 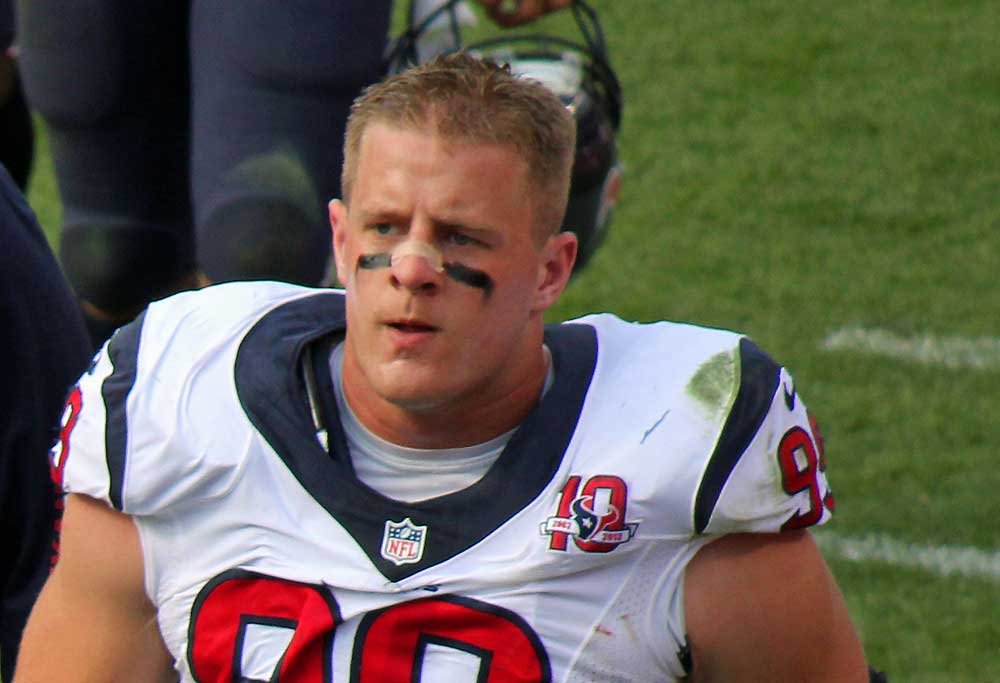 They played a defensive dominated physical contest leading to a close 10-6 loss. This loss started an inconsistent record all the way to the playoffs and although a playoff spot was tied away their week 14 loss to the Pittsburgh Steelers became a turning point in their season.

Quarterback Andy Dalton was having his best season in the league, his play had him considered as a pro bowl lock at starting quarterback by many experts and his performances were backing their claims. However, to the city of Cincinnati’s despair an offensive turnover against the Steelers in that week 14 loss led to a sloppy tackle from Dalton to make up for his mistake causing an injury that would ultimately keep him out for the rest of the season.

With Dalton’s injury, a college standout but relatively untried AJ McCarron took over the wheel and by the time that the playoffs had rolled around the Bengals were booted in the wildcard round by the Steelers in a most controversial game.

Now we have reached week 12 of the 2016-17 NFL season and the Bengals have been swept into mediocracy. Sitting at 3-6-1 their playoff chances all but gone and coming off one of the worst losses of their season, Bengals fans must watch in despair as a consistent playoff team lumbers over the finish line.

Their 16-12 loss to the Buffalo Bills on the weekend was no ordinary loss either, because that game brought about the injury of arguably the best receiver in the NFL, AJ Green and their receiving half back Giovanni Bernard.

These two alone have accounted for 105 catches this season equaling to around 1300 yards while their supporting cast of Brandon LaFell, Tyler Boyd, Tyler Eifert, Tyler Kroft and Jeremy Hill have accounted for 101 catches and 1,166 yards, these are damning statistics if you ask me.

But that’s not the only problem about losing a receiver in the calibre of AJ Green, Bengals quarterback Andy Dalton is what I would call a good NFL Quarterback, but he’s not a great quarterback and without Green in the line-up when the Red Rifle is under centre he is very average.

Since 2011 when Green and Dalton were both drafted there has been four games where Green wasn’t in the line-up when Dalton was starting quarterback in those games Dalton threw three touchdowns and five interceptions.

Personally, I think the ship has sailed on the Bengals. With Green going down for perhaps the rest of the season their offence nothing like years gone by.

It is time to give young guys like Tyler Boyd a heap of targets and see what he can do, because while they still have a dominant defence their offence can afford to get some guys involved and see if they can step up and earn a couple of Ws.

However, they play it, either cruising through to the end of the season or playing hard all the way hoping for some results to fall in their favour in a rather lacklustre AFC North division.

The recuperation of Green’s fitness and identifying talent to draft with what will likely be a first round draft pick in the early to mid-teens would be at the top of my list. But hey I’m not the GM, I just hope for this team that they can turn their fortunes around in the future because 2016 has not been their year.

Championship weekend has now delivered us the two teams who will meet in Super Bowl 54: the Kansas City Chiefs and the San Francisco 49ers. The two games held little resemblance to each other, however, both the AFC championship and NFC championship games told unique stories and have presented the world with an extremely fascinating […]