The Roar
24th November, 2016
34
Join the conversation
1770 Reads
Advertisement
Write for The Roar

The NRL has released the draw for the 2017 premiership, with defending champions the Cronulla Sharks set to get the season underway with a Thursday night clash against the Broncos on March 2.

With Monday night footy all but scrapped for the 2017 season – there are just two such fixtures in draw as it currently stands – fans will be treated to a Friday night doubleheader each week, starting with the Bulldogs hosting the Storm in a 6pm meeting at Belmore and Robbie Farah making his Rabbitohs debut against old club the West Tigers in Round 1.

NRL CEO Todd Greenberg said the earlier Friday night start would be an improvement from the old doubleheaders, which were last in play a couple of seasons ago.

» Complete and comprehensive 2017 NRL Draw
» How did your team fare?: Winners and Losers from the NRL Draw
» Round of the year: Which round shapes as the most exciting of 2017? 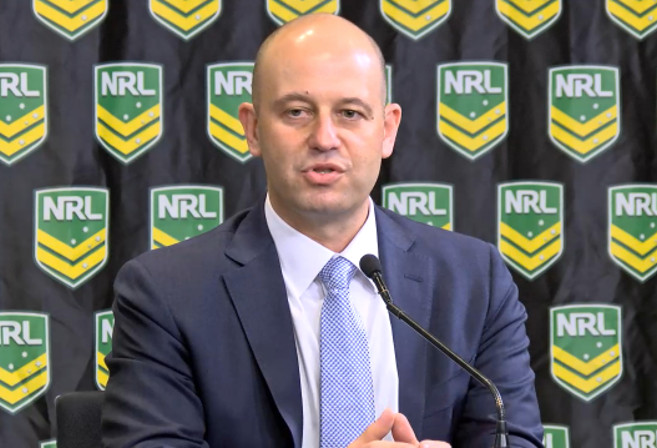 “Fans will be able to see two games live on Fridays and, while the early game may present some challenges in terms of attendances, we think it will be a big hit,” Greenberg said.

“Certainly this is a much more family friendly time than the late-night Friday game that we had a couple of years ago.”

The season will also be a little easier on clubs without the Monday night fixtures, with the number of five-day turnarounds reduced to 19, down from 31 in 2016.

The season will have a one-week pause for a representative round on May 5-7, including the final City-Country match as well as both a men’s and women’s Test match.

The representative games will continue with State of Origin, with the three games between New South Wales and Queensland being held on May 31 (Brisbane), June 21 (Sydney) and July 12 (Brisbane).

In a historic announcement for South Australian rugby league, the Sydney Roosters will take one of their home games, against the Storm in Round 16, to Adelaide as the NRL attempts to continue to grow rugby league around the country.

Each state, with the exception of Tasmania, will play host to a regular-season game throughout the 2017 season.

The finals kick off on September 8, leading up to the season finale with the grand final on October 1.

“But the season won’t end there,” Greenberg said.

“The Rugby League World Cup will be held from October 26 to December 2, featuring the best talent from around the world.

“So it promises to be quite a season.”

While the dates and times for all games through Round 20 have been announced, the NRL has held back on providing that information for Rounds 21-26. The exact time and date for those final six rounds will be released at a later time.