The Australian Test team finally won a game after a demoralising losing streak, defeating South Africa at the Adelaide Oval in the third and final Test of the series.

The team had a tricky fourth innings target of 127 to contend with, but chased down the runs easily, with the innings anchored by a 20-year-old opener on debut, who scored 34 runs off 137 balls, and was not out at the end.

» How to live stream every WBBL game this season

Mystifyingly to me, some people found issue with the facts contained within that last paragraph. Specifically, debutant Matt Renshaw, and his supposed slow scoring rate.

The Channel Nine commentary team, and a number of people I engage with on Twitter, suggested that Renshaw’s strike rate was too slow and that he needed to play some more attacking shots. Let’s just say that I respectfully disagree.

Actually, I’m not sure how respectful I can be on this topic, because I honestly believe you have a pretty low cricket IQ if you take issue with Renshaw’s scoring rate. 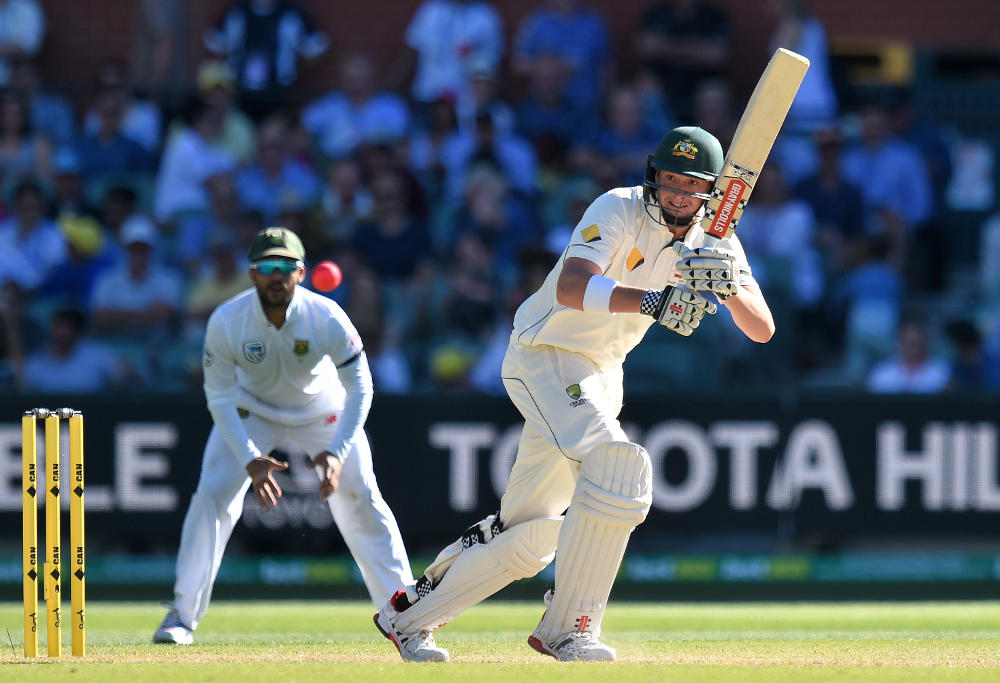 For starters, the kid is 20 years of age, playing in his first Test, against a quality bowling attack. If that alone isn’t cause for ‘survival’ being a large marker for success, I don’t know what is. Stuff scoring quickly, just not getting out is impressive.

Throw in the additional facts that Australia was chasing a small total – which always heightens the nerves for some reason – and had a day and a half to bat, and suddenly ‘strike rate’ becomes extremely irrelevant.

It’s probably worth mentioning that Australia also has a recent history of embarrassing batting collapses, and had lost their last five Tests. Yet, Renshaw’s patient accumulation of runs was somehow an issue? I find that completely and utterly ridiculous.

Rash shots, a lack of application, over-aggressive intent, cavalier strokeplay, bad match-awareness, not putting a high enough price on one’s wicket, and poor temperament, have all been issues with the Australian batting line-up in recent times.

Occupying the crease has not been something the Australia team has been very good at of late, and that’s a problem because it’s the key to winning Test matches.

The selectors realised this was an issue, and did something about it. Instead of picking another dashing opener, they picked a young Queenslander with a reputation for having a level head, and possessing an old-fashioned style of batting.

While Renshaw may not play risky cricket, it was still a gamble. The opener is young, had only played 12 First Class games, and was as far removed from being a ‘household name’ as you could imagine. Even many hardcore cricket fans were asking ‘who?’ after he was named in the Australian squad for the Third Test.

However, the selectors deserve a pat on the back, because Renshaw’s style of play is exactly what Australia needs to arrest the recent spate of humiliating low scores: a rock at the top of the order.

To be honest, the jury is still out whether Renshaw is the right man for the job, but the one thing that shouldn’t change is the job description. No more T20 batsmen. Australia needs Test batsmen, and based on the extremely small sample size of one game, Renshaw fits the bill.

Long term, he probably will need to play a few more shots, but given he has three First Class hundreds – one a massive score of 170 – I’m confident he has more shots in his kitbag, and will pull them out once he feels more comfortable at this level.

Part of getting more comfortable will be experience, and Renshaw received plenty of that on Sunday. It may sound obvious, but it’s hard to gain game experience if you’re back in the sheds after getting out.

Every second that Renshaw spent out in the middle was valuable learning time. Runs were merely a bonus, especially with David Warner and Steve Smith scoring so freely. That duo’s ability to score quickly eased the pressure on Renshaw, and enabled him to just soak up the experience, without having to worry about the scoreboard too much.

Yes, he played and missed a lot. Yes, he certainly didn’t show off a large number of attacking shots. It mattered very little. The important thing is that he faced 137 balls, and batted for 167 valuable minutes, both of which will hold him in good stead the next time he strides to the crease.

A win was the number one objective for Australia in this game, but a very close second was the debutants and young players learning what it takes to play Test cricket, and realising just how much of a step-up it is from First Class cricket.

I’d go so far as to say Sunday was the perfect innings for Renshaw. It wasn’t easy, so he won’t be fooled into thinking Test cricket is a breeze. He scored 34 runs against one of the best attacks in world cricket. He spent a lot of time in the middle. He didn’t get out. His team won. That’s a job very well done.

Strike rate? Give me a freaking break.

Yet if it did bother you, fear not. The Big Bash starts soon.