Dean Mumm’s yellow card in the 23rd minute of the Australia-Ireland game illustrated a frustrating disconnect between World Rugby, referees and fans.

Mumm was involved in a ruck cleanout where he lifted the leg of Tadgh Furlong and dropped him leading to Furlong falling on his head and neck. Initially referee Gerome Garces waved play on, but after a consultation with the TMO, he reviewed the incident and decided on issuing a yellow card, despite there seemingly being cause for a red.

Cue yelling into pints of Guinness, throwing shamrocks and kicking over pots of gold.

If the WR protocol for tip tackles is followed correctly here, the only sanction is a red card. The player was lifted beyond 90 degrees and comes down on his head and shoulder. Based on protocol, that is a red card and there have been many other similar situations recently where the outcome has gone that way.

But to the chagrin of Irish fans, one of the most experienced refs in the world, Nigel Owens, steps in.

Owens essentially takes control of the situation and advises that because the Irish player’s head was close to the ground (essentially saying that there was no substantial lift) it wasn’t dangerous enough to warrant a red card. Garces then justifies the decision to Rory Best as being a “static” play rather than a “dynamic” one, although it’s also unclear what that means exactly.

The problem isn’t the decision, it’s the consistency of the sanctioning that has Irish heads exploding. Like the All Blacks-Ireland game the week before, there is a disconnect between the understanding of the laws and the enforcement of them.

But hang on, maybe Owens advice was warranted? If we remove the emotion for a second, Owens, isn’t the best ref in the world for no reason, he is a no nonsense yet pragmatic referee and he has some basis for his decision here. 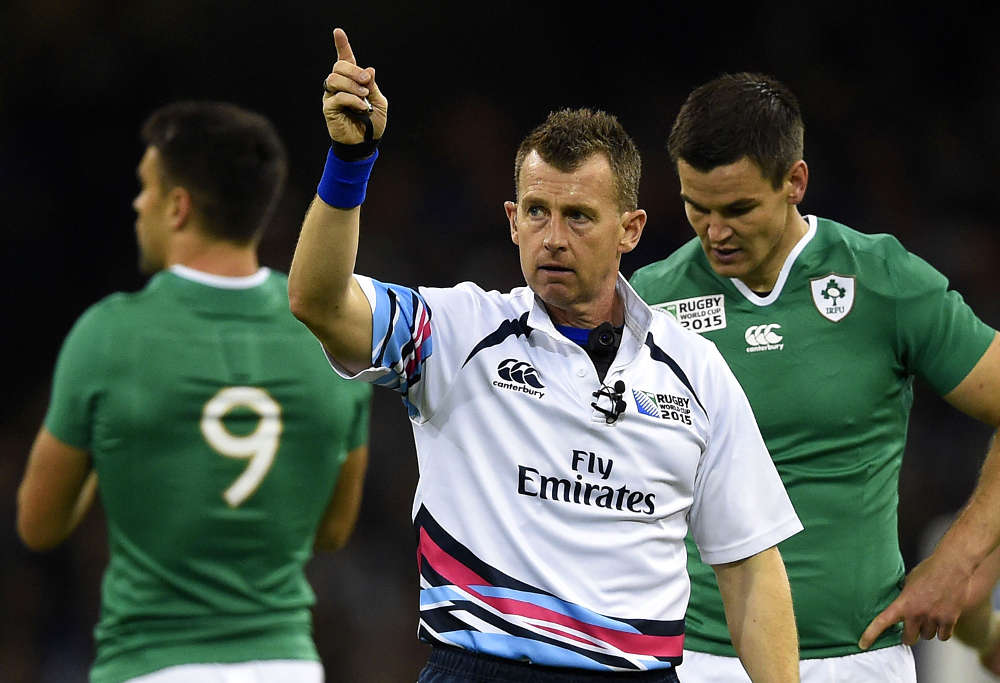 When refs are trained, they are taught to first and foremost consider safety, but they are also trained to consider things such as materiality, game flow and entertainment value.

I think in this situation, Owens has concluded that if Mumm gets red carded, it ruins the game as a contest and both Australian and Irish fans get cheated out of the money they paid for the spectacle.

Perhaps if Furlong had actually been injured, the result may have been different, but I think Owens has thought, no injury, so let’s keep the game as a contest. I personally have no problem with that interpretation, but it does leave the Irish fans at a loss. They are told the protocol for a red card by WR, they see some games where this protocol is enforced, and then they sit dumbfounded when it isn’t enforced in other games. 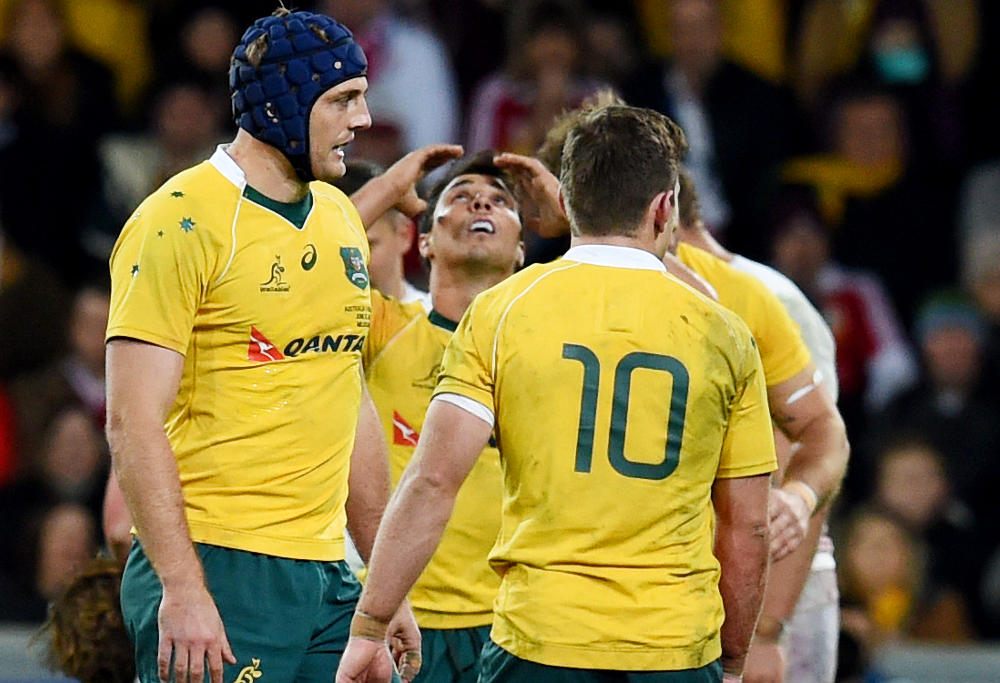 So, how did we get to this disconnect between WR and the fans?

Their research has lead to changes in play like the new ruck laws trialled in New Zealand this year, the directive to police high tackles more strictly and even the suggestion that there should be no tackling above the waist…

Now the “it’s not tiddlywinks” crowd have spat the dummy at some of these suggestions, but the tiddlywink defence isn’t really an argument. It’s the equivalent of saying “cars are made to go fast, so we shouldn’t have speeding laws”.

Yes, rugby is a dangerous game and players should know and understand that, but it doesn’t have to be unnecessarily dangerous. If we weigh up the actions of Dean Mumm (trying to clear out a player to avoid a turnover) versus a lifelong neck injury for Furlong, then I think it’s an easy conclusion to try and make the game safer.

The problem for refs comes when they have to weigh up a multitude of factors including the severity of dangerous play, the intention of the player as well as the responsibility for creating an entertaining game and decide between only two options – a weak 10-minute benching or a red card that ruins the game.

The answer to this problem is very simple; scrap the yellow and red card system and go to a graded card system.

When a player gets cited following a game, the judicial officer takes into account aggravating and mitigating factors to determine the length of the ban, so why can’t that same system work for on-field sanctions?

In Ice Hockey, minor offenscs are sanctioned with a two minute penalty; however, players can accrue multiple penalties at a time which adds to their penalty time. Doing the same in rugby would give far more transparency and accuracy to sin-bins. It would work by assessing the aggravating and mitigating factors in any dangerous situation and giving an accruing sin-bin without having to ruin the game.

In a tip tackle for example, the aggravating factors that can cause injury are:

There may also be mitigating factors i.e. did any other factors make the tackle more or less dangerous? Did the tackler try to mitigate his actions in any way?

If we take the Mumm-Furlong case for example, we could grade it along this scale:

So, the overall sanction would be 30 minutes for Australia, 20 for Mumm and ten for Simmons which is more appropriate for the danger of the situation, but far less harsh than a red card which would have left Australia with 14 men for 57 minutes.

If we look at Malakai Fekitoa’s yellow card for a high tackle last week which many Irish fans along with the citing commissioner thought should have been a red card, the aggravating factors might have been:

• Timing – No issue with timing = no sanction

So Fekitoa would have got 30 minutes rather than ten which many fans saw as too lenient. Had the tackle been late, then he might have got 40 minutes which would have been the equivalent of a red at that point of the game.

It is also extremely difficult to gauge the intentionality of any action on the field, so let’s remove the subjective interpretation of dangerous play and judge it based on the decisions that the players actually made.

That is after all how players are judged when they get to the citing commission.