Blame the DRS system, not Williamson, for Smith's expensive let-off

After the first one-day international between Australia and New Zealand on Sunday, Kane Williamson copped a lot of criticism for not using the decision review system after an LBW appeal from Trent Boult when Steve Smith was only on 14.

History shows it was a key moment of the match because Smith went on to score 164.

History also shows Williamson didn’t have a great game as captain. However, criticism of his leadership should be directed more at his confusing use of his bowlers more than his non-use of the DRS on Smith. The flawed system is much more to blame than Williamson is for what transpired.

The technology used by the DRS continues to get better and better but the system the ICC uses doesn’t get the best out of it. To only get one chance for an incorrect referral in one-dayers is ridiculous. It puts pressure on captains to be conservative in their referrals which often leads to the review system not being used at critical times when it should be.

The problem tracks right back to the philosophy the ICC obsessed over when it introduced the decision review system; the intention of DRS was, supposedly, to eliminate ‘howler’ decisions.

The ICC’s theory is that only giving teams one incorrect review in one-dayers prevents captains from stopping the game too often to review decisions.

The ICC’s philosophy overlooks a key point: for LBW decisions, batsmen and bowlers (and umpires too!) often don’t know whether a decision is a howler or not because it all happens so quickly.

Uncertainty around whether the ball has pitched outside leg stump or not is a common occurrence. That’s why technology has the ability to be so important when ruling on LBWs; to expect captains or batsmen to decide in real time whether they are sure (and they should be sure to confirm in their minds that the decision is a howler and worth risking their only appeal available) a ball is heading down leg side, has pitched outside leg stump, or received a bit of an inside edge is ridiculous.

Umpires would probably be the first people to defend Williamson for not using DRS when Smith was on 14. They have the best seat in the house yet over the years they’ve given many worse decisions than Mick Martell’s ‘not out’ call on Sunday.

The simplest answer to this problem would be for umpires to have an unlimited amount of their own reviews. You could also retain the one existing captain review under a revamped system, but umpires could use the video replays whenever they felt there was significant doubt.

If the ICC wanted, they could solely make the umpire reviews applicable for LBW decisions. However, that seems an unnecessary restriction because there are some general 50/50 calls (not howlers) which they could definitely use help with, particularly edges down the leg side and bat-pad decisions.

We’ve seen in the last few months India finally accepting the use of the DRS in their matches so the use of the system won’t be going away in a hurry. The time has now come to tweak the way we use it.

The International Cricket Council is ready to use a new no-ball system throughout the sport, including Tests, but it won’t happen without the support of boards.

Anything to stop Nic Maddinson from scoring! 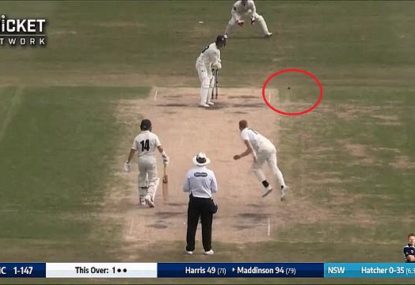 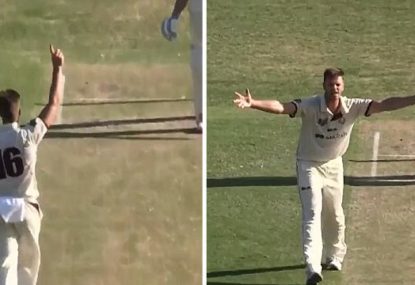 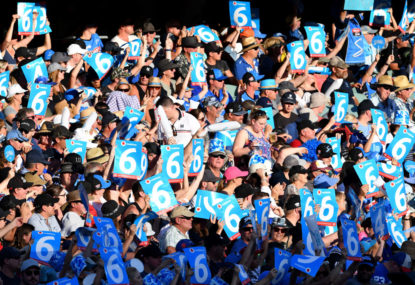