It has been established by general consensus that, in 2016, the ‘Giteau Law’ flopped here in Australia.

And while every country that hasn’t been picking foreign-based players points to this as a key in building their squads, particularly in terms of continuity, availability and conditioning, why don’t we have a look at which international players could have made a difference to their respective teams in the past end-of-year tours.

They may be retired from international rugby, their countries may have a “no selection” policy or they may have just been overlooked, but let’s see what we can come up with.

As a South African, this was a dismal season by all accounts. The Springboks went into the end of year tour without a fetcher and had different centre pairings in just about every Test of the year.

Their handling was poor, ball retention poor, defence surprisingly very poor throughout the year and so here are two players that could have made a difference.

Frans Steyn
The 29-year-old may lack pace after a few leg injuries. But what he does not lack is physical presence, something which South Africa have traditionally loved in their 12.

An uncompromising defender and hard runner, he also brings a touch of unpredictability. He’s not scared to ruffle a few feathers or to attempt the miracle offloads.

Although these can often look ugly, he’s been coached by Jake White long enough that these rarely happen in a part of the field that can hurt the team too badly. South Africa desperately need someone to at least try and spark something on attack.

And let’s not forget that boot, used less nowadays to protect the knees, which could have come in handy with both Elton Jantjies and Pat Lambie not exactly owning the kicking game this year.

Incidentally, Jake is out of contract at the end of the year, and still rates Frans as South Africa’s Sonny-Bill Williams. Allister Coetzee may well be out of contract at a similar time. Could we see Jake White bringing a notably slimmer looking Frans Steyn back to the Springboks in 2017?

Bismarck Du Plessis
The South African selection policy is sometimes baffling. Here we have Bismark who played almost 13 years solid in South Africa, including 79 Test caps, and in his first year overseas he seems to be a forgotten man.

Without a fetcher, how much wouldn’t they have loved his abrasive style? Another player being coached by Jake for a short while longer at Montpelier, could we see him again in 2017?

Although it would make sense, as South Africa are clearly not scared to select foreign-based players, I still have a sneaky suspicion we won’t see it happen. 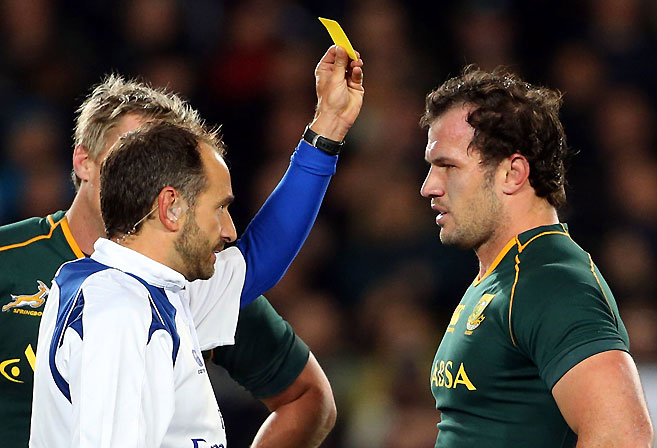 Steffon Armitage
After an unbeaten year, there’s not too much tinkering for Eddie Jones to do. But how much would he have hated having to call up Tom Woods, the man he’d previously called “distinctly average”? All the while, the 2014 European player of the year was sitting watching it all on television less than 100 kilometres away.

Actually, this is Eddie Jones we’re talking about, that’s just water off a duck’s back.

Juan Fernández Lobbe
You have to commend Argentina on their stance taken regarding foreign-based players, particularly with only one Super Rugby team. When you watch them play it seems crazy that they are ranked number nine in the world but this team has let a few close ones slip through their grasp this year, particularly on the end of year tour.

You just feel that if they could have retained a bit more experience, there could have been a few more big wins on the cards. Discipline or poor decisions let them down at key moments – a few old calmer heads could have made the world of difference.

We’re talking about forwards such as Manuel Carizza, Juan Figallo and Mariano Galarza, but for me it has to be their inspirational ex-captain Juan Fernández Lobbe who could have made the difference this year.

At 35 it would have definitely been one last hurrah but with very tight losses to Wales and Scotland, his impact, even if only as a super-sub, could have been telling.

Any playing lock with international experience
Again not too much tinkering (or any) required after another record-breaking year for comfortably the world’s number one team.

But how many times have we heard coaches say that they are not worrying about the opposition in their preparations but rather focussing on what they want to do well as a team? When Sam Whitelock, Brodie Retallick and Luke Romano all missed out on the Test against Ireland in Chicago, this was a weakness an astute coach like Joe Schmidt couldn’t ignore.

At that stage, Steve Hansen had no choice but to throw Patrick Tuipulotu in the deep end while having to force some sort of experience into the second row via Jerome Kaino.

To be honest, I don’t know what he could have done differently. Not even Shane Warne’s plastic surgeon could have made old warhorses like Ali Williams and Brad Thorn young enough to face that sort of test.

But it just goes to show that even the greatest rugby nation can have their playing depth stretched too far at the end of a long season. A season which all starts again in just over two months!