Australia’s female cricketers have to sign a clause stating they are not pregnant at the time of signing – an indicator of the overall inequality lurking in the sport.

It’s 2016 and women’s cricket is on the rise. The Southern Stars are the world’s best female side with a number of their players ranked among the very best in the women’s game. In fact, they’ve largely outperformed their male equivalents recently. The second edition of the Women’s Big Bash League is lighting up our screens as the game goes from strength to strength.

However, the practitioners of this burgeoning sport are still subjected to treatment inferior to that of their male counterparts. A revelation by The Australian this week shed light on a clause inserted into Cricket Australia’s female contracts which requires signatories to pledge they aren’t – to the best of their knowledge – pregnant.

The clause is a clear representation of the ongoing battle for equal rights within sport and more specifically, cricket. Do men have to sign a similar clause, ensuring that they haven’t impregnated anyone? No. In fact, not even female officials and employees of Cricket Australia are forced to sign this clause.

It is a pure indication that in the Australian sporting world, men and women are not equal. That’s something that players of both sexes have acknowledged and acted upon. The Australian Cricketers Association (ACA), who act on behalf of the sport’s professionals, have claimed women are being treated as ‘second-class citizens’ by the sport’s governing body.

The ACA has only just recently involved its female members in their collective bargaining negotiations and is striving to gain more rights for the underappreciated and underpaid practitioners of the sport.

A proposal, accompanied by a letter signed by Southern Stars Meg Lanning and Alex Blackwell, has been made by the ACA for one agreement for both men and women, and has been endorsed by men’s captain and vice-captain Steve Smith and David Warner.

This proposal seeks to level the playing field for men and women and create a gender neutral agreement which benefits all players of the game. This pregnancy issue seems small in stature, however it points to a larger issue. 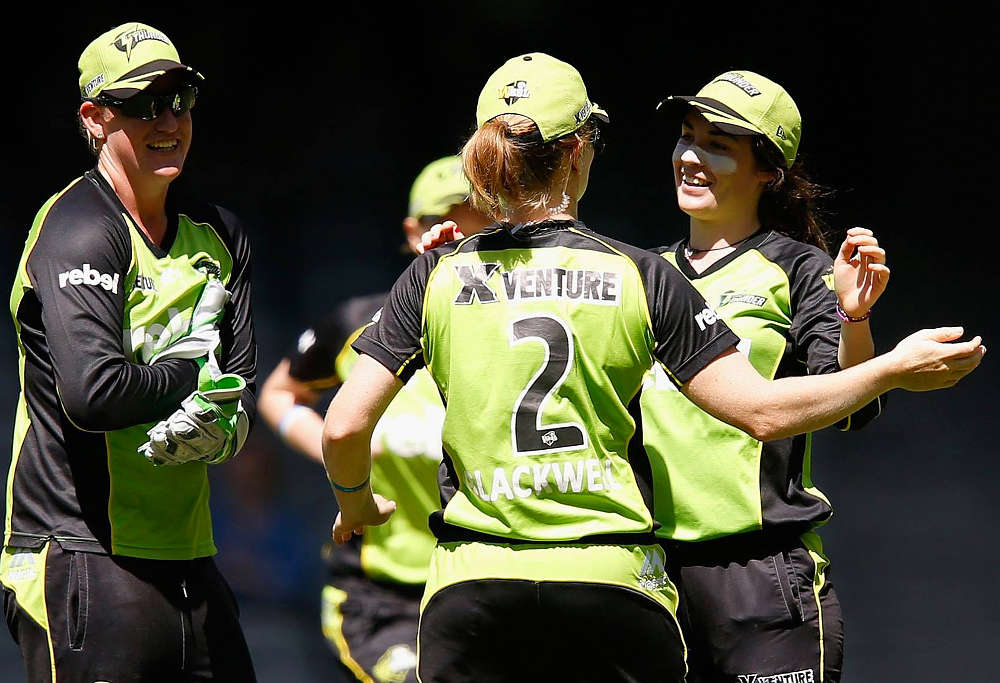 The contract inequalities run exceedingly deep and the numbers are, frankly, rather shocking. The minimum pay packet collected by a male from Cricket Australia currently stands at $270,000, according to a submission by the ACA. Their female equivalents rake in a miserly $40,000, including superannuation. This points to an overarching failure of acknowledgement and essentially ignorance towards the value and rights of Australian female cricketers.

Financials aside, there are other facets of the contract that simply don’t make for comfortable reading. Female cricketers are not even assured a medical professional at each of their matches, while males are accompanied by an entire medical team.

This now becomes a safety issue which really shouldn’t be overlooked by a body the size and stature of Cricket Australia.

Further, Australian female cricketers are not entitled to a single day of parental leave. Not one. If they wish to go and have a child, they have to do so on an unpaid basis. Female staff who work at Cricket Australia are afforded 4-12 weeks of paid parental leave.

The conditions which these professional athletes are subjected to are simply ludicrous. These are women who are training day upon day to reach the peak of their game in order to represent their country on the cricket field. And they’re basically being told they don’t deserve the big bucks because of their genetic composition – of which they have no control.

And to top it off, they would actually achieve better conditions by abandoning their love and passion for cricket and assuming a humdrum desk job at Cricket Australia headquarters. What kind of a message is that to send to young girls and women who are growing up as aspiring cricketers and sportspeople?

We are in an age where these issues can be resolved – Cricket Australia should get with the times before they irreparably damage their reputation.

Other cricketing bodies have done so in recent times byy upgrading their pay structures to ensure they are in line with standards. Cricket NSW almost doubled the pay of its state cricketers in order to actually get their wages in line with the legal minimum wage!

The maximum rate for a Women’s Big Bash player has recently been lifted over $100,000 as we continue to, very slowly, shift towards much-needed reform in the equality between male and female sportspeople and, more specifically, cricketers.

The future is now, and Cricket Australia should be pressured until they put themselves into hyperspeed and get with the times. A revenue-sharing agreement between men and women is the future. Whether you or anyone else believes that the earning potential of women’s cricket is enough to entitle equal terms with their male equivalents doesn’t matter.

The Southern Stars are a world class cricket side and the very best in their craft. They represent Australia with aplomb time and time again – often lifting trophies and smashing records as they do so.

If they’re not entitled to a fair share of the pie, then honestly who is?