Nathan Lyon needs to be booted

Nathan Lyon is a walking dichotomy. He is currently experiencing a level of adoration from the fans like never before in his 62-Test career.

Yet, at the same time, he no longer deserves his place in the side.

Unless he can conjure something special in the last two days at Melbourne he should not be in the XI for the final Test of the series at the SCG.

It has been a summer of discontent for the man who carries the sobriquet of GOAT – Greatest of All-Time – as a result of being Australia’s leading finger spinning wicket-taker.

Half way through his fifth Test of the summer he has captured nine wickets at an average of 66.7.

His performance in Pakistan’s first innings was one of his worst showings this year.

After sending the crowd into raptures when he claimed the first wicket of the match halfway through his opening over, he finished the innings with figures of 1-115 from 23 overs.

The delivery that claimed Sami Aslam was a beauty – drifting in the to the left-hander, dropping on a length and spinning away with appreciable bounce.

When his skipper, Steve Smith snapped up the catch at slip he would have been contemplating a productive innings from his right-arm tweaker.

Alas, that delivery provided Lyon with his only highlight of the innings.

He produced only one maiden in his 23 overs and went for exactly five runs per over, including being struck for five sixes, four of which were off the bat of number ten, Sohail Khan.

While this was his worst economy rate of the season it simply continued what has been a worrying trend.

His inability to bowl tight spells is clearly causing problems for Smith. 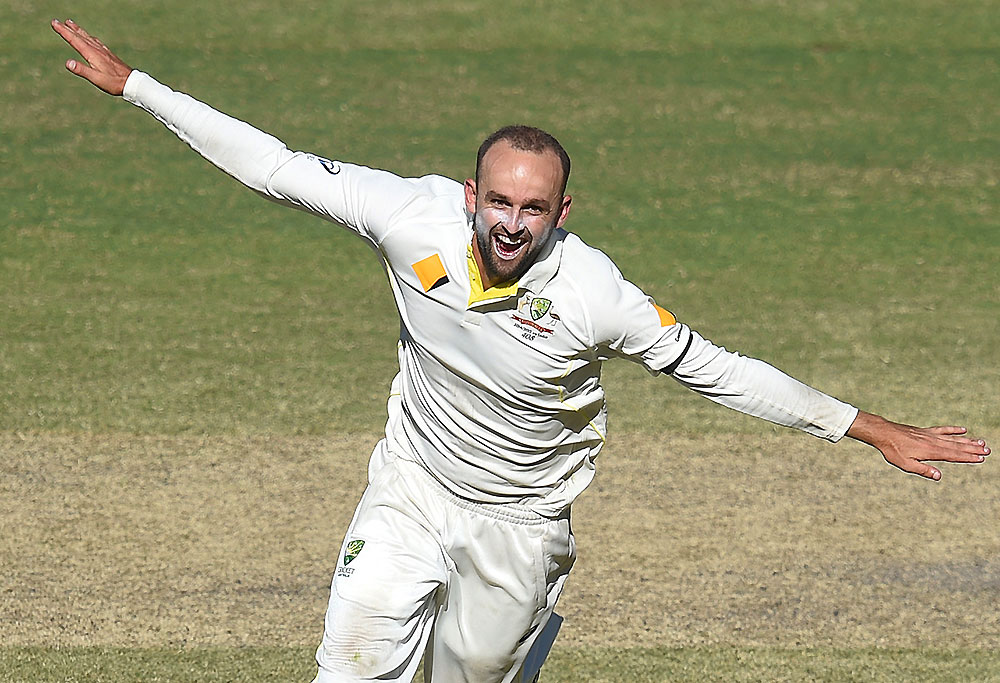 Too often this summer Lyon has been guilty of attacking the stumps which has resulted in him being worked with ease into gaps on the leg side.

Rather than pitching the ball considerably outside off to the right-handers and working it back in, he has landed fractionally outside off and been turned with relative impunity onto the on-side.

It has resulted in the batsmen rarely having to look for runs by hitting against the spin into the offside.

He appeared to have adjusted his line for periods in the final Test against South Africa at Adelaide but he has failed to back that up against Pakistan.

Lyon was a line ball selection for the historic day-night series opener at the Gabba.

Smith admitted that the call to select Lyon over uncapped paceman Chadd Sayers went right down to the wire.

Part of the reasoning behind the offie holding his place in the line-up would have been his track record at Brisbane.

His five previous appearances at the Gabba had produced 24 wickets at 24.0, making it his most productive Test venue.

Against Pakistan he returned his worst match figures at the ground, 40-5-139-2.

Five-wicket hauls are often seen as the bowling equivalent of a batsman scoring a century.

There has been talk of playing two spinners against Pakistan in the New Year’s Test at the SCG.

For mine, I would go in with just the one specialist spinner in support of Mitchell Starc, Josh Hazlewood and Jackson Bird.

And that man should not be Lyon, but his New South Wales teammate, Steve O’Keefe.

The left-arm orthodox O’Keefe has been a long-time performer at first-class level.

Allied to his work with the ball is his more than capable record with the willow.

He has a first-class average of 29.1 with nine half-centuries, the best of which was an innings of 99.

With Nic Maddinson and Matthew Wade struggling in the middle order, O’Keefe’s batting would be a welcome addition.

But it will be his bowling that should ensure his selection. 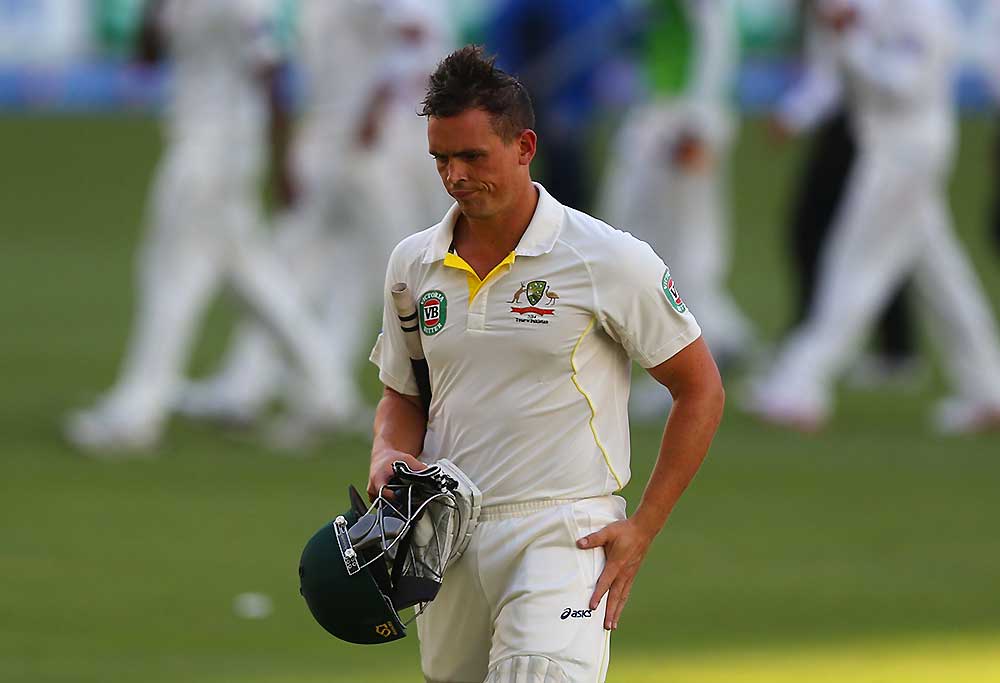 After debuting against Pakistan in the UAE in October 2014 with match figures of 4-219, he was overlooked until the SCG Test in January this year against West Indies where he took 3-63 off 26.1 overs in the one innings he bowled in.

On the back of another solid first-class summer he was included in the squad that toured Sri Lanka in July.

He guaranteed his selection in the first Test at Pallekele with a stunning performance against a Sri Lankan XI in the warm-up fixture, capturing 5-43 and 5-21 as well as an innings of 78 not out.

In the opening Test he captured 3-74 from his 27 overs but a hamstring tear during the match saw him return home with Jon Holland called in as his replacement.

It was a cruel blow for O’Keefe who would surely have played all three Tests.

Having overcome the hamstring injury, he then suffered a broken finger in training that ruled him out of the Matador Cup at the start of the domestic summer.

Since returning to the fold he has shown solid form, including hauls of 5-65 and 3-41 against Western Australia at the SCG last month.

Both Lyon and O’Keefe will likely be in the tour party to India in February.

But at the SCG next week, if one spinner is the option, it should be O’Keefe who gets the nod.