The Warriors need to embrace cavalier basketball to beat Cleveland

On Christmas Day, when Kyrie Irving drove towards the hoop in the dying seconds, the irrational started to finally make sense.

Irving stopped on a dime and spun to his left before fading away to create a hint of separation from Klay Thompson’s absurd length and perfect defence, and saw the ball fall through the net as he too fell to the ground. It didn’t make sense. Or did it?

Throughout the last three games of the Finals and much of Christmas Day, the basketball world waited for order to finally re-assert itself.

The Warriors, by almost any metric, were better than the Cavs last season. Again, this season, they’re the better team.

After Durant traded Thunder blue for Golden State, those advantages were only accentuated. And yet here we are, Cleveland having beaten the Warriors four games in a row, and five out of six.

There were a few caveats (aren’t there always?) in Cleveland’s championship. Draymond Green’s suspension altered the entire course of the series, and gave Cleveland light when the sun looked to have set after game four.

Andre Iguodala was hobbled in the final two games, and Stephen Curry was never the same after his knee injury, his athleticism reduced to the point of famously being unable to create separation against Kevin Love on a switch – known in Cleveland as The Stop.

But the more time elapses, all these factors look more like excuses than explanations. Cleveland faced its own adversity, and Golden State, despite their personnel issues, had more than enough talent to win. Green’s suspension in game five didn’t force the Warriors into giving the Cavs a 20-point head start in the first quarter of game six.

Curry’s knee didn’t make him throw one of the most irresponsible passes in NBA history, that around-the-back turnover, to Klay Thompson but mainly to nowhere, in the dying minutes of game seven.

The Warriors were arrogant, and then they were beaten. Beaten, ultimately, by what looks more and more like a better team. Except the Cavs aren’t a better team, at least not against the other 28 teams in the league. But when these two match up, Cleveland seems to have found a powerful edge.

It starts, as everything in the NBA has for most of the past decade, with LeBron James. The Warriors have no answer for him, and they don’t have Kawhi Leonard, perhaps the only player in the league who can begin to whisper an answer for LeBron. 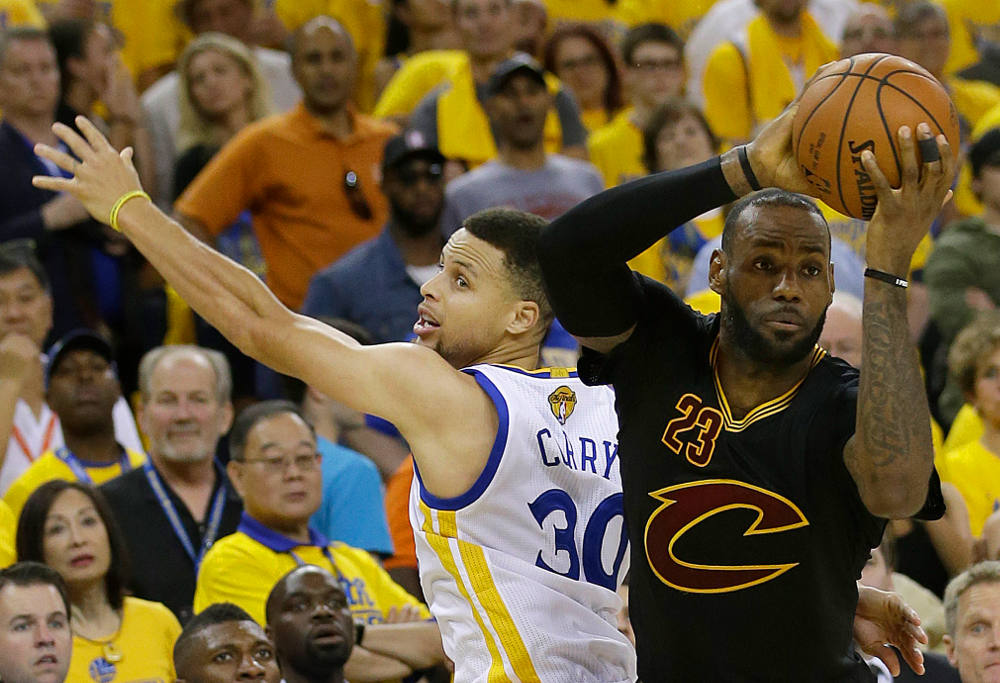 LeBron’s combination of speed, power, vision, brutality, grace, natural selflessness and occasionally necessary selfishness has been the kryptonite for Golden State’s otherwise suffocating defence. The Warriors’ defensive scheme, characterised by length, pace and intelligence, is brilliant, but brilliance on earth is meaningless against a man who crushes universes.

James being unstoppable is not exactly a Usual Suspects type twist ending. Neither is Kyrie Irving’s dominance, although it has been a little unexpected, but in a way that makes a cohesive type of sense, like the ending to Arrival.

Ultimately, Cleveland is on a 4-0 run against Golden State primarily because Irving has outplayed Curry, and it hasn’t been especially close.

Curry’s flaws – laziness with the ball, a lack of defensive size, and a creeping passivity at times – have been exposed and accentuated by Cleveland. Irving’s flaws – a propensity to play one-on-five and take awful shots – have been the root of his success.

Statistics and rationality suggest that eventually Irving will have to slow down to human pace against Golden State. But we’re now working on six games in a row where Golden State hasn’t been able to contain the virtuoso scoring guard.

We’re also working on four consecutive games where Curry hasn’t been able to crack 40 per cent from the field against the Cavs.

Every team breaks against the Warriors – that’s the cruel reality of playing them. You can defend multiple actions, but eventually the gravity of their shooters, the speed of their movement, their dedication to altruism, and their dedication to destroying you will ultimately leave you dead. Cleveland, though, keeps on finding ways to live.

As imposing as James and Irving have been on offence, the Cavs have succeeded against the Warriors because of their defence. They stay locked in, they almost never drift, and they stick to their assignments. That diligence, combined with the supreme athleticism of James and Tristan Thompson, and the ability of typically poor defenders like Irving and Kevin Love to do just enough to survive, has strangled the Warriors. 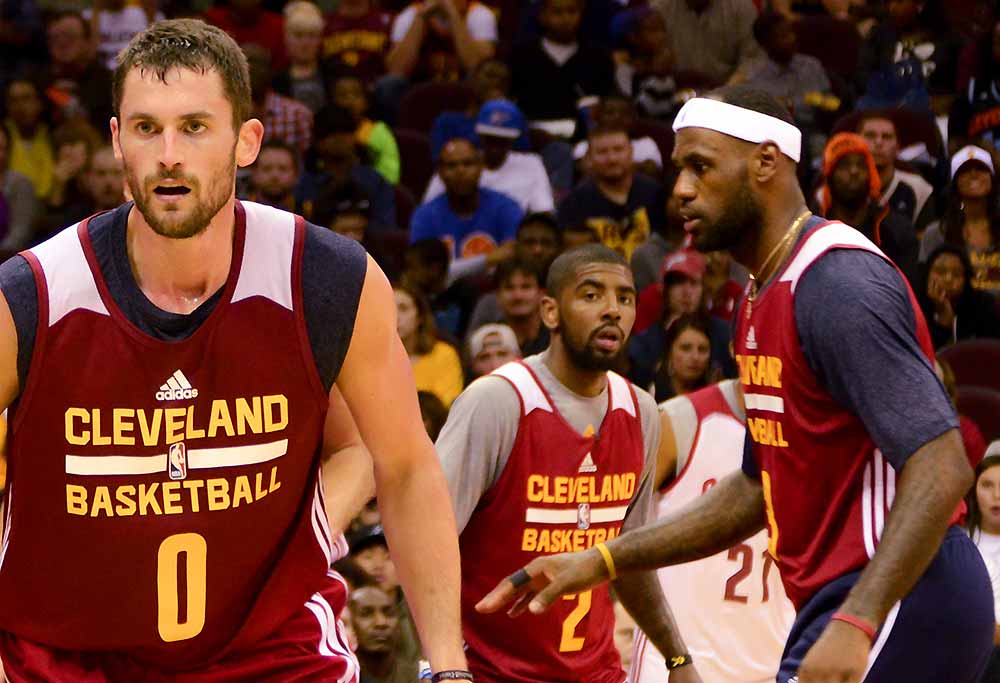 Golden State’s offensive system of ball movement and sharing has a much higher ceiling than Cleveland’s offence, but also a lower basement. If you just run a simple pick and roll with LeBron, or isolate Kyrie, you’re going to eke out points, even if it’s not Arsene Wenger’s preferred way of life.

The Warriors, though, because of their obsession with intricate movement, deceptive actions, and everyone touching the ball, can stall occasionally and go through prolonged cold stretches. Just as they did on Christmas Day. Just as they did in the fateful final five minutes of game seven.

The answer to this conundrum, I suspect, lies with the individual brilliance of their star recruit. Kevin Durant, because of his size and range, is the most unguardable scorer in the league, even more so than James or Irving. He ate on Christmas Day, and nobody will ever be able to take away his cutlery.

The Warriors have tried to beat the Cavs playing the Golden State way, but if (when) these teams match up in the Finals, they might only triumph if they show the humility to emulate their opposition, if only a little. That means more Durant and more plays designed for Curry to score.

In the meantime, the NBA keeps on breathing, and we’ll keep on waiting.