CA recruits Gillespie as assistant to the assistant

Flushed with ever increasing income, generated chiefly through television rights, Cricket Australia seems hell-bent on employing an ever-expanding cast of assistant advisors to advisors, coaches to assist other coaches, and staff to head up every conceivable department and sub-department.

The appointment of Strikers coach Jason Gillespie to assist Justin Langer as Australian T20 coach for the three-match series against Sri Lanka in February illustrates the situation perfectly.

Langer’s conversations with Gillespie will need to be extremely to the point, or else the game will be over.

Besides, the Sri Lankan series should be somewhat underwhelming, as the real game and players will be on duty in the opening Test match of Australia’s tour of India.

With Langer’s coaching credentials in the T20 format coming from the Perth Scorchers twice winning the BBL, and having deputised for Darren Lehmann on Australia’s one-day tour of the West Indies in June, it is surprising Pat Howard believes Langer needs Gillespie’s help.

With talk of adding more games and teams to the BBL, it is time CA looked at what is happening to the real game at Test, Sheffield Shield and Premier League levels.

The BBL has resulted in the Sheffield Shield competition being split into two half-seasons, with one struggling to recall what actually happened in the competition prior to Christmas when it re-commences after the BBL.

Income is vital for any sport to flourish, but if the majority of the source of revenue is being provided by the BBL and ODIs, that are actually slowly but surely destroying the real game and the technique’s required to play it, is it worth it?

The Gabba has been Australia’s happy hunting ground since 1946, including 12 wins in Ashes contests. It has also been the location for four English victories. 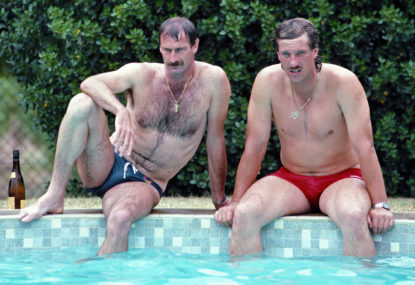