Sydney FC are the faultless sheriffs of the A-League

“It’s our own fault” said Jade North after the match. He was half right; Brisbane wounded themselves by punctuating what had been an energetic performance with some galling defensive episodes.

Sydney’s opening goal came as a direct result of some bumbling, lackadaisical actions, as Bobo found himself suddenly through two-on-one alongside Alex Brosque, having been surrounded by orange shirts a moment earlier. He slid the ball to Brosque, who then struck it into the bottom corner ruthlessly.

Their second goal was made in part by North’s ill-advised sliding tackles, which skimmed straight into the stride of Bobo, who slipped in Milos Ninkovic this time, who also finished with aplomb. All the industry in the world cannot counter-balance twin miscarriages like these.

But, in truth, Sydney were simply a more technically slick, organised outfit. There were sequences when Josh Brillante, Brandon O’Neill, Ninkovic, and the rest sketched sublime patterns with their passing, incorporating overlapping full-backs, utilising off the ball dummy-runs; the Roar managed only a pale imitation of these moments in response, even when they were a man up during the final quarter of the match.

Ninkovic is the hardest working superstar in the league, barring perhaps Besart Berisha. Bobo, though less conspicuously active, provides a sort of laconic muscle up front, getting through a lot of very useful back-to-goal work.

But the reason Sydney are 12 points ahead of Brisbane – Melbourne Victory are ten points behind Sydney, with two games in hand – is that their attacking cogs, lubricated and spinning perfectly now, are able to operate on a stainless steel base that is just that. They are stainless, utterly unblemished by the sorts of mistakes that have plagued Brisbane this season.

Sydney, as a team, coming into this match, were yet to commit a defensive error in the A-League. The Wellington Phoenix are the only other team to have done the same, but their position as third-from-bottom on the table indicates their defence, while not handing chances to their opponents, are hardly offering up much resistance otherwise.

Sydney, on the other hand, have conceded five goals in 13 games, a Scrooge McDuck-level of parsimony, and only Dimitri Petratos’s chance in the first half, missed from point-blank range – albeit from a tight angle – and Manuel Arana’s improvised scoop that struck the bar, threatened the Sydney goal.

It also helps that Danny Vukovic enjoying a spell of career-best form. He actually scraped a fingernail over that Petratos chance, and caught confidently all evening, plucking out numerous Brisbane crosses and shots. There is something hugely satisfying about this stellar Sydney season, a certain delicious flavour; one of redemption.

Alex Brosque, although he will be regretting the manner in which he earned his second yellow card in this match, is enjoying a supreme late-career purple patch. Ninkovic, with six goals and seven assists so far in 2016-17, has already burst clearly through the underwhelming mark his form last season set. And of course there’s Vukovic, whose career was fading into memory at the Victory, and is now the scourge of every striker in the league. 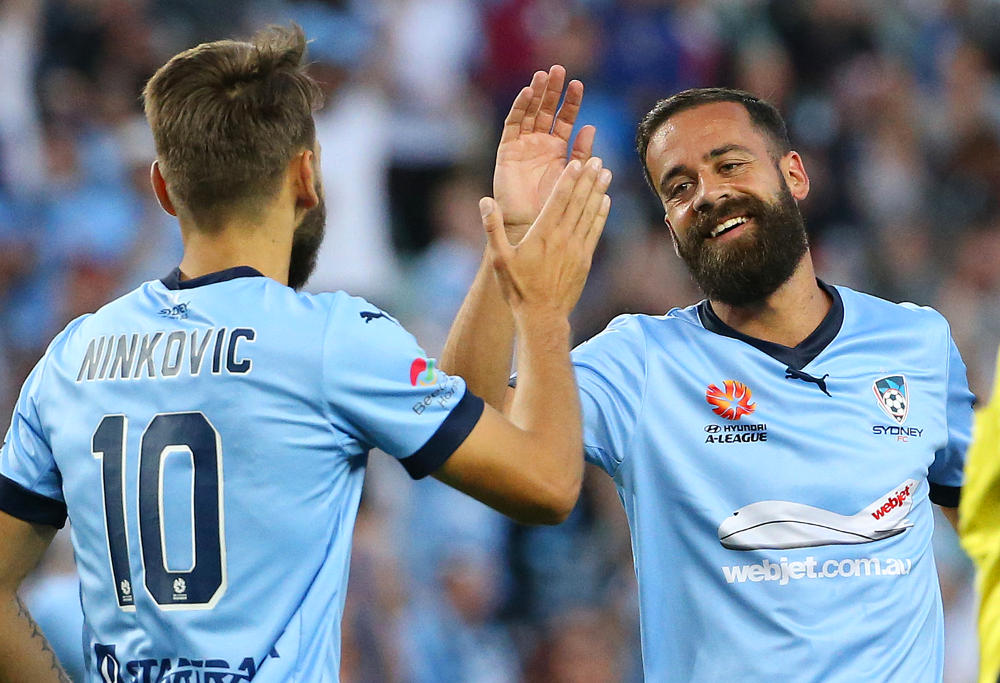 The fact that Sydney have been near-flawless at the back is made even more impressive when one takes into account the manner in which they play. Sydney had fewer shots than Brisbane in the match, and had significantly less possession. They played fewer passes, and at a lower rate of accuracy. 69 per cent of Brisbane’s passes were in the Sydney half.

Looking further than just this contest, four of Sydney’s defenders fall inside the top ten when it comes to defensive actions made in the league. Brillante and O’Neill rank sixth and eleventh respectively in the same stat among A-League midfielders. The players on this Sky Blue team who would be most at risk when it comes to defensive errors have had more than their fair share of opportunities to commit them.

Sydney are seventh in the league in average possession, and have the lowest percentage when it comes to passing accuracy; they have been exposed to exactly the circumstances in which bad errors might occur. But they haven’t occurred. Not one.

Sydney are very good at tactical fouling, and have fouled in general more often than any other team in the league. As Brisbane were pouring forward in the finals stages, desperate for a goal that might drag them back into the contest, Graham Arnold made clear his desire to clog the central areas with bodies, bringing off Bobo and Ninkovic and sending their replacements into disruptive positions.

As much as Sydney seemingly invite pressure, when you look at their stats – or, indeed, at any of the contests they’ve staged this season against Melbourne City – they do make it incredibly difficult for their opponents to play coherently. Last night, they forced Brisbane wide, into neutered parts of the pitch, and allowed them to cross into a sea of blue, in which only a few orange buoys were bobbing. 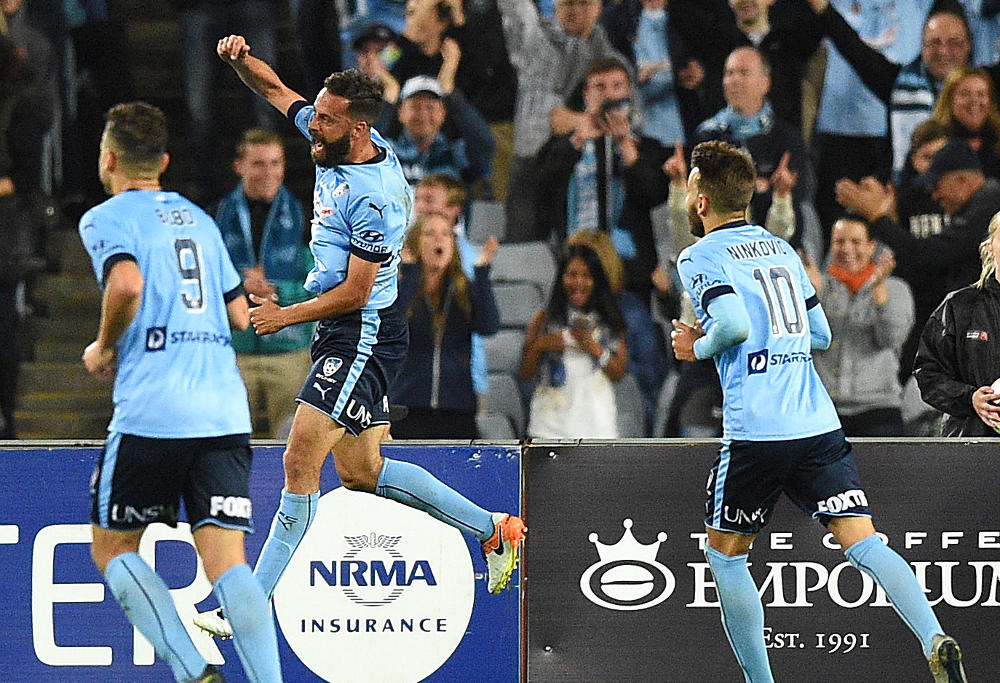 Imagine a scene now, fading in from some wild Western: as the barflies Harper, Hill, Speed and Slater peer out through grimy windows, squinting through the dust, flinching at the gunfire, they natter to themselves about the duel being staged in the main street. Plenty of bandits have rolled into this hopeful town, a modest community that still remembers the rough old days when the first walls were raised.

But there’s a new sheriff this year, clad in spotless blue and black, and he’s met the desperados, every one of them. The pitiful Southern pretender, who was dragged away, red shirt moistened by his own blood. The bitter rival from the western side of town, who has trouble pulling the trigger, even with the gun well-aimed.

That Victorian dandy, newly moneyed and accoutred in sparkling blue and white, he couldn’t cut the sheriff down (although that fight the sheriff lost, ten days earlier on the outskirts, we won’t speak of). And now this latest foe, roaring in orange anguish as he fumbles fatally with his six-shooter.

All have found the sheriff too neat with the draw, with dry palms and a steady heart, as the barflies natter and the grit peppers the windows.

Brisbane manager John Aloisi spoke to the media in the days before the match, suggesting his team could be the one to end Sydney’s unbeaten start to the season. It was Sydney that ended the historic Roar streak in 2011, when a 2-0 loss to the Sky Blues ended a 36-match unbeaten run.

The Roar were unable, by some clear distance, to return the favour here, and as this Sydney team rolls on, and their goal difference swells over that of their nearest rivals, their season gathers layer after layer of an immaculate varnish.