The redemption of intimidation: Mitchell Johnson

When you think about fast bowling, you immediately tend to think about the bowlers from West Indies from the 70s and 80s. The Holdings, the Garners, the Roberts and the Marshalls.

Add the names of the Lillies and the Thomsons and you would quickly realise that it was perhaps the most decorated era of fast bowling.

When I mean fast, it’s uncomfortably fast. The art of fast bowling is all about intimidating the batsmen, inducing fear into their mind.

When a batsman tries to think about protecting himself from the ball rather than focusing on the next ball, a fast bowler has won more than half the battle. But, as the time passed by and as the game started becoming more and more batsmen friendly, the weapon of fast bowling and the art of intimidation started to vanish.

We had the likes of Alan Donald, Wasim Akram, Waqar Younis, Courtney Walsh and Brett Lee in late 90s and early 2000s but by the end of first decade of 21st century, fast bowling almost became extinct.

Due to excessive workload and constant cricket, even the bowlers themselves started to cut down on pace and concentrate on line and length.

However, what all this did was not only left the batsmen with less challenging situations but also to cricket fan made the experience of viewing the game, especially the Test cricket, inferior.

It’s quite absorbing and engrossing to watch a tear-away fast bowler unleashing his pace and intimidating the batsman in a Test match, perhaps quite a rare commodity these days.

It was the Australian summer of 2013-14 and England were touring down under for an Ashes series. England lost the Ashes 5-0, but they did not lose to Australia, they lost to a man called as Mitchell Johnson. 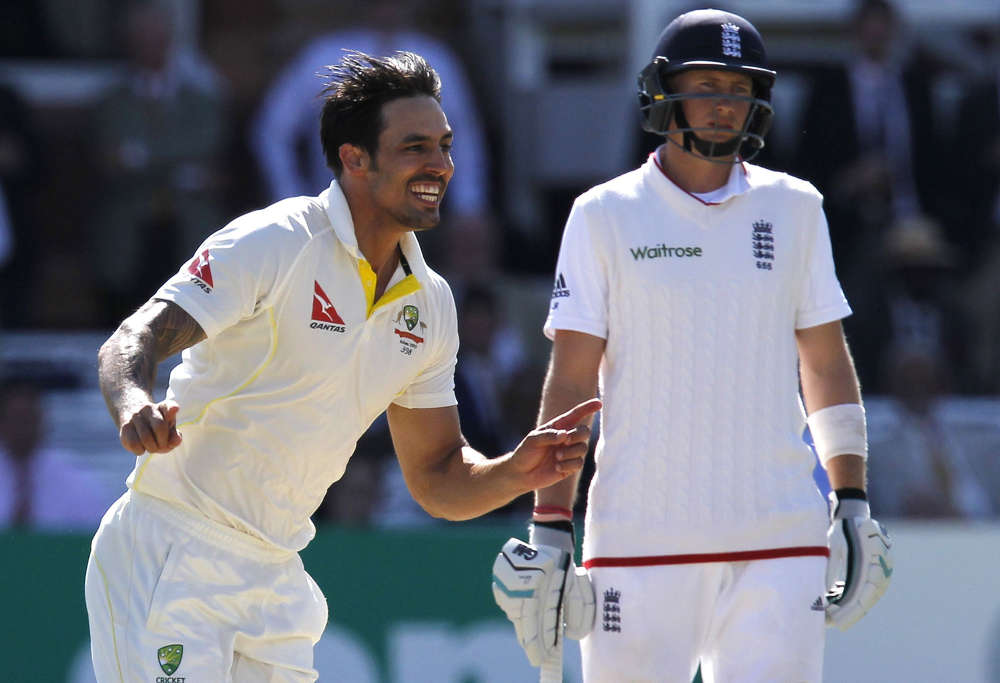 Johnson induced fear into the minds of English batsmen, bamboozled them with serious pace and made them dance to his tunes. His short ball stuff was nasty, thunderbolts bowled at 145 clicks and above whistled past the noses of Englishmen.

His pace and aggression was too much for the English. And it all started at Gabba, where Johnson took 9 wickets in the Test match, 4 in first and 5 in second innings. But it was more to it than just wickets, Johnson’s uncomfortably quick spell of fast bowling was now England’s psychological problem more than a technical one, as they were just not mentally prepared to face it.

Jonathon Trott’s exit from the tour just after the first Test citing mental illness was the last thing England wanted and it surely had to do a lot with him being peppered with nasty short-ball stuff from Mitch.

From Gabba to Adelaide, Mitch just got better and better and perhaps bowled the most hostile spell in recent times on the flat deck at the Adelaide Oval.

His ball to Cook in the evening session on Day 2, that shaped away just at the last moment, bowled at 148 clicks to castle the timber was simply unplayable. And on day 3, on a hot Saturday afternoon, just after lunch, we saw the very best of Mitchell Johnson.

Johnson was steaming in, bowling pace like fire and blew England away with match-winning figures of 7/40.

Johnson to Stuart Broad: Mark Nicholas’ words “the crowds are with Johnson, this is like the days of Lillies and Thomsons, in comes Mitchell Johnson” still reverberate in my ears and the whole atmosphere was magical, fast bowling at its very, very best.

Johnson continued tormenting England and picked up his third five-wicket haul of the series at the MCG.

Johnson’s spell with the second new ball late in the day on boxing-day was lethal and Jonny Bairstow and Tim Bresnan, in particular, had no clue whatsoever what they were up against. By the time the Ashes series ended, Johnson had finished with 37 wickets in the series and had broken down the fulcrum of English batting line-up.

After making the mockery of England’s Ashes campaign, Mitchell Johnson yet again in his moustache look was fit and ready for team Australia’s next Test campaign, the tour to rainbow nation in February-March 2014.

In first Test at Centurion, on Day 2, Mitchell Johnson set the tone for Australia with a spell that wrecked havoc.

The deliveries, especially to Skipper Smith and Faf du Plessis, bowled at 150 clicks were uncomfortably quick.

The one to Du Plessis was a lethal back of a length delivery that was directed near to his rib-cage and there was hardly anything that he could do about it. Johnson in the first innings bounced out Graeme Smith, Du Plessis, Robin Peterson and Morne Morkel to finish off with superlative figures of 7/68.

He backed it up with another five wicket-haul in the second innings to hand Australia a comprehensive 281-run victory.

Now those 12 wickets that Johnson bagged weren’t just wickets, those were speed-breakers, confidence-crushers, mental block-holes in South Africa’s pursuit of home series victory against Australia that evaded them since 1969-70.

Johnson in that first Test got rid of Smith twice, bounced out the tail and his ferocious bouncer to Ryan McLaren that hit him on his head was enough to keep him out for the remainder of the series and the entire domestic summer.

After a bit of a wobble in the second Test, Australia came back to win the third Test with the bowling department spearheaded by Johnson as he picked up seven wickets in the match and finished up with 22 in the series.

Now those eight Test matches (5 versus England and 3 versus Sa) were by far the golden Test matches of Mitchell Johnson’s career.

He picked up as many as 59 wickets in those eight Test matches and various spells that he bowled across those eight Tests were kind of spells every child who wants to become a fast bowler would imagine.

It was like a dream and perhaps the most hostile, lethal and tear-away spells of fast bowling of this decade so far.

Johnson retired from all forms of international cricket in November 2015 at the age of 34 and left the cricketing community in a bit of a dazzle.

Everyone would have wished may be he could have played for a little longer, but we have to respect the big man’s decision and just cherish some of the fine spells of hostile fast bowling that Mitchell Johnson has produced.