After a strong year with a mid-way blackout, a lot of pundits and journalists were calling boxing dead claiming 2016 as one of the worst years in history.

Regardless of what you thought from January to November, December was without a doubt one of the biggest boxing finishes to a year in memory.

Cheating slightly and starting at the end of November, Vasyl Lomachenko outperformed one of the division standouts and fan-favourites, Nicholas ‘The Axe Man’ Walters. Not only did Lomachenko win, he outclassed Walters to the point that The Axe Man gave up, seeing no way he could win.

Oscar De La Hoya, although long retired is still making an impact on the sport through his company, Golden Boy Promotions. His prospect and development showcase event ‘LA Fight Club’, which runs every three weeks in Down Town Los Angeles continues to sell out and put on exciting match ups. To finish the year Abe Lopez took a UD win over Sergio Lopez for the WBA-NABA Featherweight title.

Continuing with the Golden Boy theme, co-owner and future Hall-of-Famer Bernard Hopkins had his last fight at the age of 51. We covered the fight live from ringside here. Not how Hopkins wanted to go out, but Liam Smith Jr came out strong, early on as planned and knocked Hopkins through the rope and out of the ring winning by TKO.

Richard Schaefer, ex-CEO of Golden Boy Promotions and now CEO of Ringstar Sports put on his first card since returning to the sport from his two year hiatus. It was a stacked card of hugely entertaining fights which saw Mares turn back time and beat Cuellar on points, Jermall Charlo obliterate undefeated Williams in his last fight before moving up in weight, and Australian Lenny Zappavigna lose his focus with Sergey Lipinets to get knocked out in the eighth round.

On the same night, Terence ‘Bud’ Crawford, considered by some to be the most dangerous and best equipped fighter around at the moment, completely dismantled the ever-brave, John Molina Jr His assault to Molina Jr’s body continued through the fight and opened him up for an eighth round TKO. Bud has been shaped up as a possible opponent for Manny Pacquiao in 2017 who is rumoured to have demanded a $20M guarantee to take the fight against Crawford.

Moving up the divisions, the heavyweight resurgence continued with Anthony Joshua absolutely destroying Eric Molina and taking the TKO in the third.

Joshua shows huge potential but has fought questionable opponents. He is taking a huge step up in competition by fighting Wladimir Klitschko in April of 2017, prior to a possible match-up with Deontay Wilder which Showtime Networks is hoping will be the biggest heavyweight fight since Tyson versus Lewis. 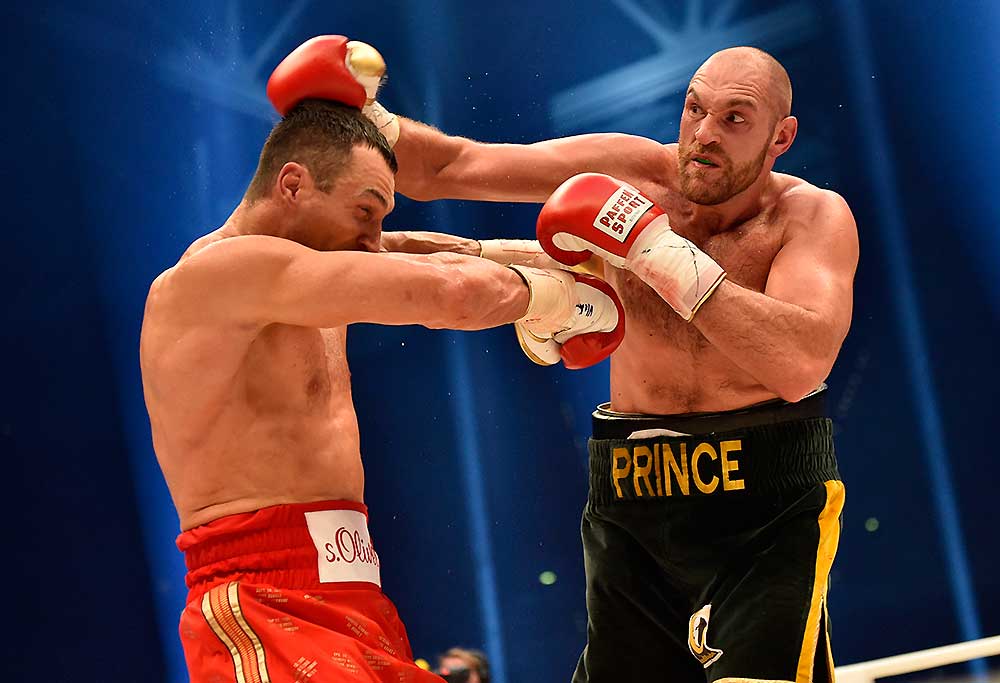 Alexander Povetkin failed a drug test earlier in the year to fight Wilder. In his eliminator with Bermane Stiverne to regain that opportunity, Povetkin tested positive again, this time to a different substance. As a result the WBC withdrew from the fight and so did Stiverne.

Coincidentally Johann Duhaupas, who lost to Wilder over 12 months prior, was on call as a replacement. Duhaupas took the fight against Povetkin with less than 24 hrs notice and it showed – he fought in Asics running shoes and got KO’d in the sixth round.

On the homefront (almost), Joseph Parker took on Andy Ruiz Jr to clarify who is the Heavyweight prospect to add into the mix with the likes of Klitschko, Wilder, Joshua, Fury and Ortiz. Although Ruiz Jr had the faster hands, Parker pulled off the win by points.

Some other notable mentions for the Australian front, although not all in December, Bilal Akkawy made his presence known in 2016, is starting to get mentioned in the international community and is expected to look beyond the domestic scene after his next fight (TBA) at club Punchbowl in March on the next Neutral Corner card.

Jeff Horn, after winning just about every Australian, Oriental, Inter-continental and Pan-Pacific title available for a Welterweight has been mentioned in possible fights with the top tier Welterweights around the globe. ‘The Hornet’ is another Australian hopeful expected to explore foreign shores in 2017.

After making a splash at the London Olympics, Damien Hooper showed a lot of potential. He has had only one loss and a short break from the sport but is back and rebuilding his career.

After beating Marlon Alta of the Philippines in 2015, Hooper set the second half of 2016 off with convincing wins over Kyle Brumby and Nader Hamdan. Expect to see him step up the quality of competition in 2017 and look to line up some title fights.