The end of the regular season brings an opportunity to reflect on the events that have transpired throughout the season.

Who would have thought…
That both teams from last year’s NFC Championship game would miss the playoffs? Last year the Panthers and Cards combined for an incredible 28 regular season wins. This year? Just 13.

That the Cowboys would win their division without Tony Romo? Dak Prescott has the good fortune to play behind the best line in football but so too did Matt Cassel, Brandon Weeden and Kellen Moore in 2015. They combined for 11 TDs and 15 INTs last year. The rookie has put up 23 TDs to just four INT’s this year.

That the Patriots would go 14-2 while missing Tom Brady for the first four games? It’s an incredible feat, all the more amazing given how fleeting success can be at the top. Just ask the aforementioned NFC champ teams from last year. Bill Belechick truly is the master.

The Packers would run the table and win six straight? At 4-6 the Packers defence was terrible and Rodgers was missing his usual accuracy. Now they are the hottest team in the NFC and must be a huge chance to make the Super Bowl.

That rookie running backs would go one and two in rushing yards? Ezekiel Elliott was a good chance for number one, but Jordan Howard at the Bears? Sensational behind a much more inferior line.

That Kirk Cousins would finish for third overall passing yards? While a terrific accomplishment, he would love that pass back on the penultimate drive versus the Giants. Perhaps a playoff spot occurs if he doesn’t throw that INT. Still, a big contract awaits.

That Chip Kelly would be sacked after just one year into a four-year $24 million deal, effectively ending his NFL career as a head coach? Don’t feel too sorry for him though; he’ll still make $6.5 next year from his original Eagles contract as well as the remaining $18 million from the 49ers over the next three years.

That Colin Kaepernick would take the American media by storm by refusing to stand for the national anthem and cop a barrage by media commentators for potentially dividing the 49ers locker room? Well his teammates had the final word on that, awarding him the prestigious Len Eshmont award for inspiration and courage. 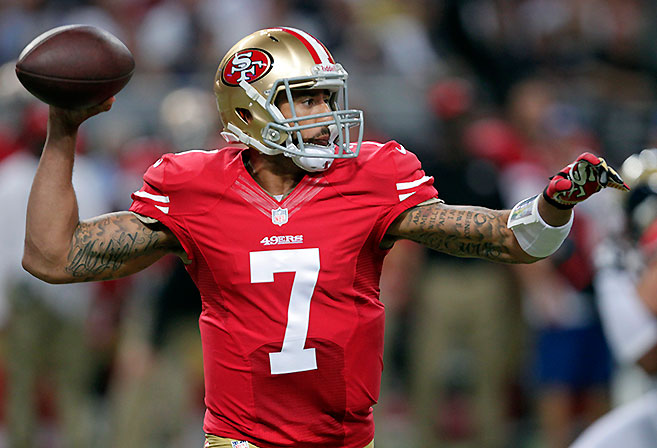 What will happen to
Speaking of Kaepernick, what does the future hold for he and Robert Griffin III, both of the ‘faded quarterback that once took the NFL by storm repute’?

They both have interesting futures with their current teams owning the first two draft picks, but with no standout college quarterbacks worthy of those spots.

Both have performed admirably for poor teams, but neither managed to recapture their early career form.

Hopefully both can remain starting quarterbacks and continue their incremental but positive form ascent – the NFL is far more interesting with them playing.

Shame that
Classy Broncos head coach Gary Kubiak has retired due to health concerns. A smart move though and having achieved Super Bowl success just last year, why would you risk your health? (Some might argue the Super Bowl ring shouldn’t be a factor regardless).

No surprise that
The Chargers parted ways with Mike McCoy immediately after the game. McCoy’s team finished last in the division the last two years but more importantly, the Chargers desire a new face of the franchise for their new city next year, Los Angeles.

Trending up
The Packers roll on with Aaron Rodgers having thrown 19 TDs to 0 INTs in the last six games.

The Chiefs took advantage of the unfortunate injury to the Raiders Derek Carr and won in San Diego to clinch the AFC West and a first round bye. 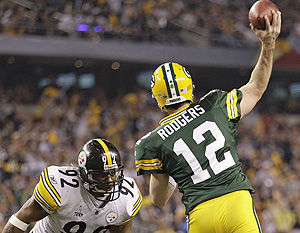 Trending down
The Seahawks. They haven’t managed to put together a complete game in all three phases for weeks, and their infighting on the sidelines resurfaced in the narrow 49ers win.

The Dolphins, Raiders and Texans all head to the payoffs without their main signal callers and in particular for the Raiders, their Super Bowl aspirations have been all but dashed.

On their way to Super Bowl victories in 2008 and 2012, the Giants took out the Packers at Lambeau. Can they continue the trend and do it again? They will require an enormous amount of pressure on Rodgers from their front four if they are to succeed.

The Lions revisit the scene of the infamous ‘bumble fumble call’ from last season at the Seahawks, that resulted in another close loss.

After a referee blunder cost them a chance at a road victory in in Dallas two seasons ago, and they found numerous bizarre ways to lose many games last year, do the Football Gods finally have some good karma in store for the Lions team and fans?

In 2015, Jarryd Hayne sent the Australia media into sparks, when he announced he was leaving the NRL, in his absolute prime, to try and attempt to achieve a childhood goal and make it in the NFL. At the end of 2017, young gun Valentine Holmes did the exact same thing as Hayne. Both players […]