It’s early 2006. India is chasing a sizeable Pakistani total in front of a hostile opposition crowd in Lahore. At the crucial moment India loses star batsman Sachin Tendulkar tons of runs short of their target.

With Tendulkar gone, few anticipated much else other than an inevitable Indian decline – but nonchalantly walks in a young man with long hair, a tyro following the departure of a connoisseur in Sachin.

Nobody expected much from the man named MS Dhoni from Jharkhand.

In the middle of a hostile India-baiting – or rather hating – crowd he led a successful chase, remaining as cool as an iceberg.

It’s not very common for a newcomer to crash into the limelight in a nailbiting, pressure-cooker rivalry between arch rivals, but Dhoni’s performance in Pakistan’s own backyard earned praise from none other than then President General Pervez Musharraf – not a huge fan of India or Indians by any standard. Musharaf, incidentally, even told Dhoni not to cut his trademark long hair.

Arguably Dhoni was the harbinger of a new era in which the Indians finally broke out of the cycle of meekly surrendering against Pakistan to the chagrin and disappointment of its fans. India would no more be seen to be lacking the nerve and guts to fight under adverse circumstances.

Dhoni continued to flourish and never looked back. His quitting as the captain of the limited overs format brings back memories of his biggest gift to the Indian nation: his leadership won the coveted World Cup in 2011.

Three years later he abruptly ended his test career to the surprise of tens of millions of his fans.

Like that most long-lasting Indian captains, Dhoni’s tenure wasn’t free from controversy, with partisan debate surrounding his career, but what’s not debatable is his commitment and contribution to Indian cricket.

The man has earned his praise. Hats off to a legend and a God to many in a country where cricket is religion. 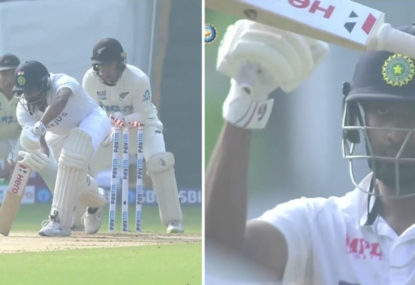