An explosive encounter between a Sydney FC fan and Vedran Janjetovic

After picking up my kids on Wednesday afternoon, I was strolling through the food court in my local shopping centre in the Hills area of Sydney, when I spotted a tall chap with the body of an athlete.

He was picking up a dish of ordered food from the sushi joint that I frequent and walked away from the counter with a full plate that looked like a beef dish topped with sesame seeds and a mountain of rice on the side.

I nudged my little girl who loves saying the names of her favourite Sydney FC players with as broad an accent as she possibly can. There’s a little bit of Les Murray in her I think. Her particular favourites are the Croatian and Serbian boys.

Milos Dimitrijevic is her absolute show stopper, yet she always does Milos Ninkovic, Danny Vukovic and had worked hard on Vedran Janjetovic before his departure to the Wanderers.

There stood Janjetovic, athletic, trim, confident and after buying a salmon and cucumber sushi, I turned and asked him if he was indeed the man himself.

This was a little embarrassing, I was concerned that this could be a very bad case of mistaken identity and another ‘people spot’ gone wrong. He confirmed my hunch by saying, ‘Yes, I am Vedran’.

Unfortunately I had no plan B. Thinking on my feet I said, ‘We are Sydney FC fans and we thought you handled yourself very well around some of the stuff that went on at the derby.’

He was very appreciative and I continued by congratulating him on his new contract. He could not have been nicer, calmer or more mature, despite the fact that I was interrupting his meal.

I apologised for the interruption about three times and on each occasion he kept assuring me it was fine and when he looked me straight in the eye and said, ‘No problem, thank you’, I could see there was genuine appreciation for someone who had stopped him just to wish him the best.

I did just that and left with my very excited nine year old. This all triggered a combination of thoughts in her mind.

‘He’s taller than you dad. Look how skinny he is Dad. Look at his legs Dad.’ Thanks Sarah, way to cheer Dad up.

She was amazed at his frame, so lean and athletic and it went some way to explaining to her just how ‘keepers are able to launch themselves, horizontal to the ground and at the same time manage to extend their upper limbs and deflect a missile as it approaches them.

I dumbed it down a little to explain it to her, yet her observations were correct.

Not all footballers would be as accommodating in the same circumstances. Usually in retirement athletes tend to gain a clearer sense of perspective and appreciate the adoration of the fans a little more, often giving of their time more generously.

Many anecdotal stories have come my way over the last few years around Mark Bosnich, his return to Australia and subsequent redemption after a controversial yet brilliant career. I’m not sure whether he would always have been as accommodating as he is now.

His new perspective on the game has obviously put a few other areas in focus and he should be congratulated for the turning around of his life.

There are a multitude of examples in the sporting world of aloof and poor behaviour stemming from athletes who sometimes fail to see the connection between their salaries, corporate sponsors and the actual bums on the seats.

Personally, I think the performances of Andy Murray and Nick Kyrgios at the recent Australian Open stank to high heaven. The behaviour of both reeked of immaturity, entitlement and arrogance. I hear stories about Murray and his pleasant off-court personal demeanour, yet find it difficult to believe.

To approach either of them would fill me with trepidation. It’s hard to imagine either of them being charming, appreciative of the recognition or pleasant in the way Janjetovic was on Wednesday. 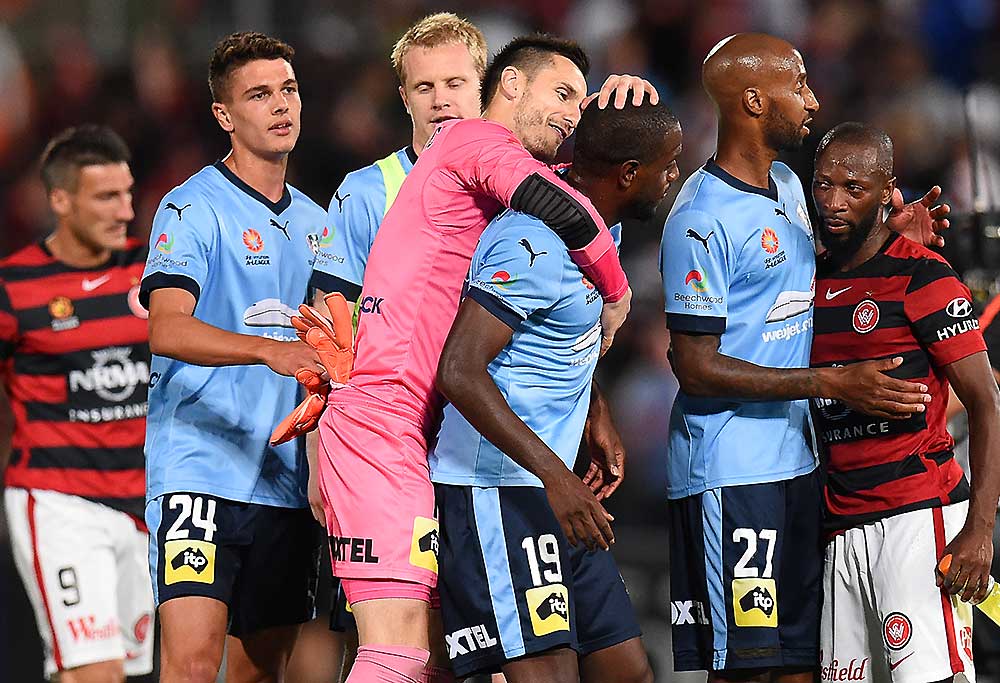 Whether there is a direct link between their in and out of competition personalities is unclear, yet it wouldn’t surprise me if Roger Federer, Sam Stosur and Novak Djokovic were absolutely charming if you had the pleasure of meeting them personally.

The respect that Usain Bolt appears to show people and the press, no matter how silly the question or request is admirable and Matthew Hayden is an inspiration if you ever get the chance to speak with him; so humble, measured and charming.

John Daly has been abrupt, rude and flat out dismissive in some of his incredibly wasteful trips to our shores. The model set by Greg Norman through the eighties is something that a young Daly could have done far worse than to copy.

My run in with Andrew Johns a few years back could not have been more indicative of the hypocrisy and controversy that would emerge later, in regards to his past.

People called me a grumpy old man trying to bring down a champion, who mind you, I still admire for his football ability to this very day. Following a few home truths that emerged later, a few of those people came back to discuss it further.

In a footballing sense, John Kosmina and Kevin Muscat would be two of the most abrasive types we have had in the game and their famous altercation was a bad look for all involved and the sport itself, yet Kosmina seems to have matured and grown and Muscat might do the same as time progresses.

Tim Cahill is lauded by teammates, managers and fans for his level headed and selfless attitude. His desire to assist the young players through encouragement and instruction is well known and his commitment and perspective when it comes to a sense of team was never more on show than the Asian Cup Final.

The embrace between he and Ange Postecoglou will be something that will live with me forever.
Postecoglou seemed to say, ‘I’m sorry mate, you were struggling, I had to get Juric out there’. I like to imagine that Cahill interrupted him and said, ‘Ange, we won. That’s what matters.’ Perhaps a little romantic as a notion, yet you could see the affection between the legend and coach; it was palpable.

The varied personalities of sporting stars is something beyond measurement or categorisation, however when an athlete impresses it is incredibly noticeable.

To possess the poise and composure that Janjetovic displayed to me on Wednesday after an incredibly stressful period in his life, is a credit to him.

For all intents and purposes, he was just a guy eating a terrific Asian meal, not an athlete, star or personality.

Janjetovic reminded me of what athletes should all try to be. First and foremost, people and secondly, people who just happen to do something much better than the average person.