What Australian Open success means for Nadal in 2017

Coming off a disappointing end to his 2016 season which was cut short by a niggling wrist injury, Rafael Nadal played some of the best tennis Australia has ever seen him play at the 2017 Australian Open.

Seeded ninth, Nadal willed himself to two five-set victories over Alexander Zverev and Grigor Dimitrov, as well as wins over Gael Monfils and Milos Raonic, before falling to Roger Federer in the Australian Open final after five sets.

On a court surface which was sped up to suit the likes of Federer, Raonic and Zverev, the Spaniard was back to his old self – dictating play with his forehand and giving away nothing for free.

So what can we expect from the fourteen-time grand slam champion in 2017?

Well, by his own admissions, quite a lot come April, when he hits the clay.

Nadal said after the Australian Open that if he can show similar form, “I think I can keep having success on hard courts, but on clay [it] can be special.”

Nadal will play five clay court tournaments in April and May – assuming he stays fit – finishing with the French Open, an event he has won nine times. Based on current form, he would be the favourite heading into each event, especially Roland Garros where he is almost unbeatable over five sets.

Before the clay court season rolls around, Nadal will play two ATP 500 events in Rotterdam and Acapulco in February, as well as two Masters 1000 events held in March on hard courts.

With the uncertainty of Novak Djokovic’s form, and Nadal’s favourable record against current world No.1 Andy Murray, it is not unrealistic to expect Nadal to compete in semi-finals and finals over the next few months.

The biggest concern lies in that pesky grass.

Nadal will play the Wimbledon lead-up event at Queens, before competing at the All-England club, a tournament where he has struggled greatly over the past few years.

Yet as Nadal showed in Melbourne where the court surface played faster than Wimbledon centre court, he is capable of winning on any court, against any opponent.

Nadal’s Australian Open run would have caught the eye of his fellow players. That daunting task of playing Nadal is still as scary as ever.

Assuming he remains healthy and confident, 2017 could see Nadal return to the top four, and claim one, maybe even two more grand slam titles.

One thing is for certain. Tennis has not lost its precious big four, despite Nadal and Federer each having fallen out of the top ten recently.

Nadal is one of the greatest we have ever seen, and he is working relentlessly to return to the top of the game in 2017.

World number 13 Roberto Bautista Agut became the latest tennis player to attract the ire of Australia, after a video emerged of the Spaniard describing hotel quarantine conditions in Australia to ‘jail… with Wi-Fi’. ‘These people have no idea about tennis, about practice courts, about anything. It’s a complete disaster because of that,’ Bautista Agut […] 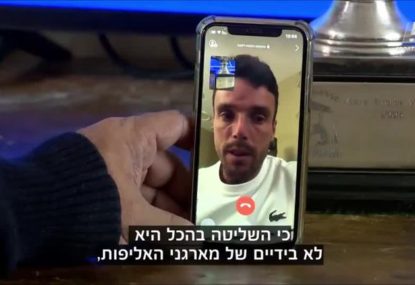