There’s nothing more exciting in sport than watching a teenager like Riley Day emerge as a potential superstar.

Last Thursday night, in the second Nitro Athletics meet at Lakeside Stadium in Melbourne, the 16-year-old stormed home to finish second in the women’s 100 metres to Natasha Morrison, a member of the Jamaican 4×100 relay that won 2015 world championship gold in Beijing.

She took on a world class field over the rare 150 metre distance that included Morrison, and English Olympian Margaret Adeoye.

“It was the best feeling ever,” was how an out-of-breath Riley described her sensational victory.

Not since Raelene Boyle made her Olympic Games debut as a 17-year-old to win silver at Mexico City in 1968 has an young Australian women made such an impact.

Day will be 17 for the Commonwealth Games on the Gold Coast next year, and judging by her composure and fearless ability, she will be a smash hit.

I had never heard of her until this meet. 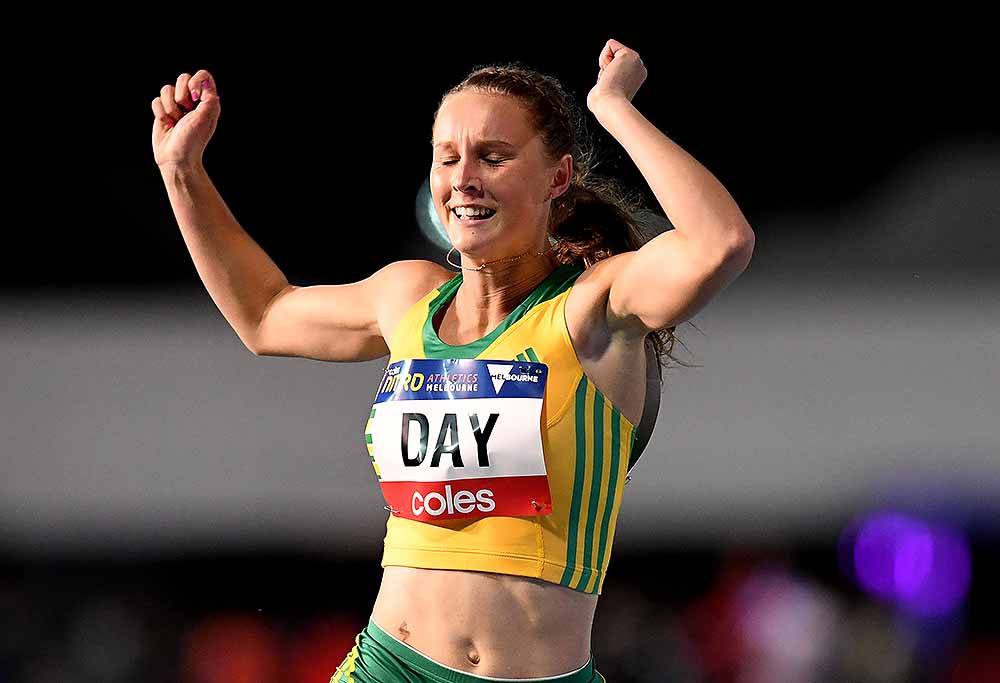 Researching Riley Day came up with the fact she was the outstanding athlete last December in the All Schools Championship clocking times in the under 18 sprints that were better than previous champions and eventual Olympians Lauren Hewitt, and Sally Pearson.

Little wonder with her effortless, but powerful sprinting reminding me of another great Australian sprinter Marjorie Jackson who won 100 and 200 Olympic gold in 1952 at Helsinki.

Obviously Usain Bolt, the undisputed world’s best sprinter of all time, was the standout of the hugely successful three Nitro meets at the Lakeside Stadium in Melbourne, with a seating capacity of 6000.

But the three meets averaged close to 8000, and the crowd was treated to two and a half hours each night of world class athletics – with Riley Day last night deserving of the most sustained applause.

She sent shivers up the spine with that sensational win, and has the world at her feet.

But the meets proved Australia has a depth in track talent that hasn’t been seen for decades.

The only weak link are the field athletes where there’s a lot of work needed to raise their performance bar.

Especially long jumper Fabrice Lapierre who disgraced himself last Thursday night when he was disqualified in the 4×100 mixed relay that cost the Australians the second meet on points to the Bolt All Stars.

Last night in the long jump, his forte, Lapierre failed to register a distance.

He had better take a long hard look at himself before selectors make him a former athlete.