“You are going to be amazing today,” Gillon McLachlan says to himself in the mirror. The CEO of the Australian Football League, Gillon is used to press conferences. He puts on his cufflinks. “So when Moana Hope does it, I do it too. It’s going to be so fantastic,” he adds. But today is no ordinary press conference. A man of immense wealth and influence, Gillon is preparing for a unique experience. Today, Gillon is going to commit his first murder. Gillon McLachlan is going to kill ‘The Dab’.

We are gathered here today to farewell The Dab.

Born in the Atlanta rap scene two years ago, The Dab was a dance move where you buried your forehead into a flexed elbow. It was later a celebration in sport, rising to peak popularity with the Carolina Panthers at Super Bowl 50. It died an embarrassing death continents away at an AFL Women’s press conference. It was a curious life well-lived.

I’m thirty-one years old. I’m not on SnapChat. I can’t say The Dab has done much for me personally. But I don’t shy away from responsibility. I’m a sports culture reporter. I’m paid to report the news: The Dab is dead.

“But I saw Usman Khawaja dab a month ago,” you say. “Coco Vandeweghe dabbed at the Aussie Open!” I know. I have a Google Alert set to ‘Dab’. But it is alive the same way Liam Jones’ AFL career is alive. The same way my sport columns are supposedly about sport.

The Dab is technically being practised, yes. But once a middle-aged, white CEO named Gillon performs your dance move, it’s over. I don’t make the rules. Also, the sport of polo is dead. I’m sorry for your loss.

For the moment, the sports-culture kingdom is destabilised. It’s not unusual to feel anxiety, anger even. It was almost comforting, things as they were. ‘The Dab’ was a reliable way to identify people out of touch with the pop-culture zeitgeist. What will be our new symbol of uncool? The Bottle Flip? The Whip +/- Nae Nae? All will jockey to fill a power vacuum.

We will see villains dab in movies. Children will dab at spelling bees. Your friend may dab on you after an appalling dad-joke. The Dab will gain a second life as cultural shorthand for lameness. Make no mistake, this is not a revival. This is its final act. One doesn’t bargain with pop-culture death.

It is a death close to never happening. In 2015, quarterback Cam Newton is an offensive force of nature in the NFL. He could pass, throw or rush for touchdowns. On and off the field, he is unpredictable and magnetic. He is also a black man from Atlanta. And being a black quarterback in the NFL has its concessions.

Choosing to celebrate a dance move from his hometown’s rap scene, Newton starts dabbing after touchdowns. Newton comes under criticism for his showmanship, his flamboyancy. Quarterbacks are typically stoic, boring and white. 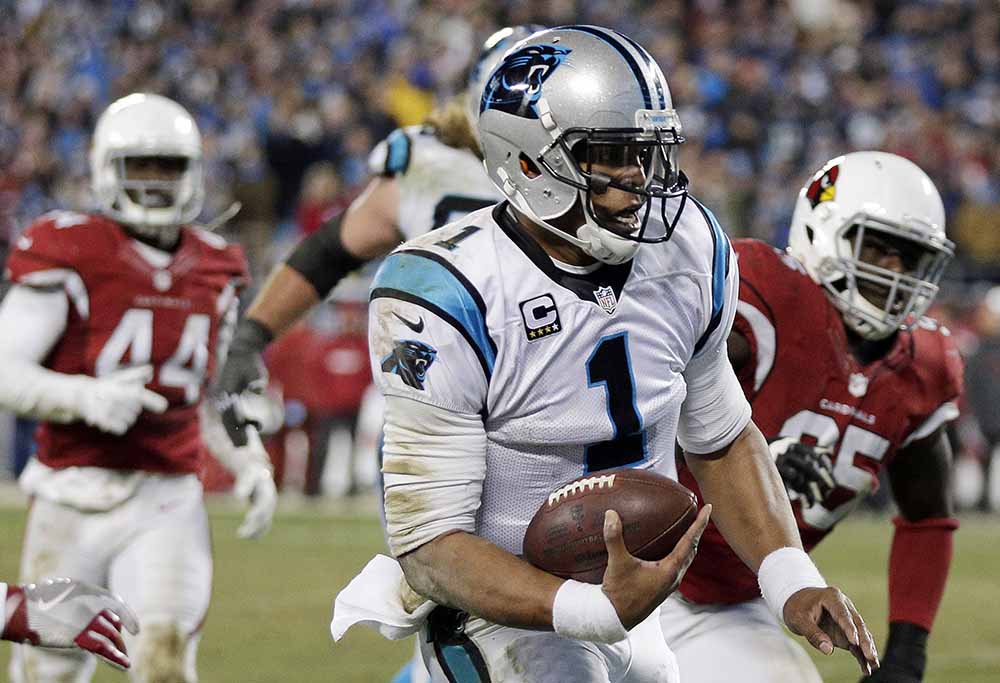 A letter from a mother of a young girl is published in the Charlotte Observer (and later, circulated around the internet). In the letter, Newton is called arrogant, egotistic and a poor role model for children. Newton is undeterred. “If she feels offended, I apologise to her. But at the end of the day, I am who I am.” Newton told reporters at a press conference.

The Dab becomes a war cry. The team photo leading to the Super Bowl has virtually all members dabbing. If the Panthers win the Super Bowl, The Dab becomes synonymous with victory, black culture and calling your shot. Maybe The Dab enters the pantheon of classic celebrations – the body-slide, the team-crest grab, the jumping upper-cut etc.

Newton and the Panthers lose in the Super Bowl. In sport, victory can be the only important metric. All other factors, however well-intentioned, are extinguished. The Dab starts its death spiral. It stops becoming about hometown pride, race and rebellion. It starts becoming a cool dance thing that kids do. It starts becoming something a 44-year-old Australian CEO does on stage at a press conference.

Here lies The Dab. Rest in Peace. It was a curious life well-lived. 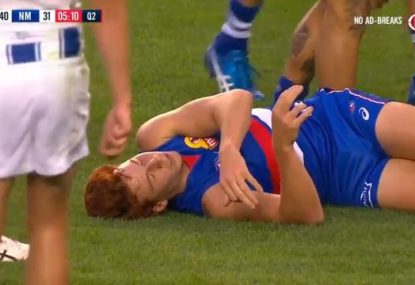 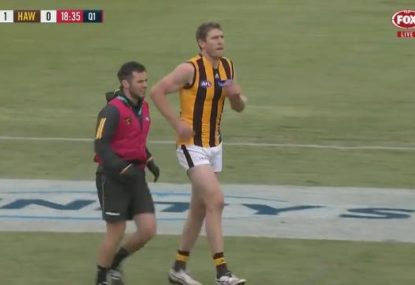 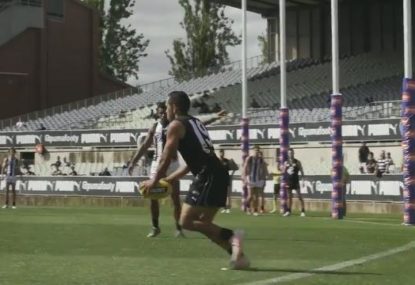