The state of the pitches is a major talking point, rightly or wrongly, every time a team tours the subcontinent. So what kind of surfaces can Australia expect when their Test series kicks off in India next week?

When the non-Asian teams arrive in India there tends to be a lot of fretting about the possibility the decks will be ‘raging turners’ – surfaces which offer excessive assistance to the spinners from day one onwards.

There have been some Indian Test pitches which have justified such a damning label. The 2015 Test series between India and South Africa was marred by an awful surface at Nagpur, where there was huge variations in turn and bounce from the very first session.

That deck received a ‘poor’ rating from the ICC and was even condemned by sections of the Indian media. Since then however, the Test pitches in India have been very fair.

India have hosted nine Tests in the past five months and not one of them has involved a pitch which was of substandard condition or clearly doctored to suit the home team. The reality is that this current Indian team does not need a skerrick of help from the curators – they are unstoppable at home.

India have won eight of those nine recent home Tests, each time by a big margin, with just one draw – against England at Najkot in November, on a pitch that provided minimal help for the spinners until the final two days.

Rather than being too spin-friendly, as is the common concern over Indian pitches, the surfaces in that series against England were perhaps too amenable to batting. India’s average first innings total across the five Tests was a whopping 550.

There was more in the pitches for the spinners in the preceding three-Test series against New Zealand, which India won 3-0. Again though, not one of those three surfaces was a dustbowl to give a major advantage to slow bowlers.

The surfaces in that series were similar to those Australia received in Sri Lanka last year – slow, low and offering reasonable turn and natural variation. Australia managed to collapse over and again on those sporting pitches. 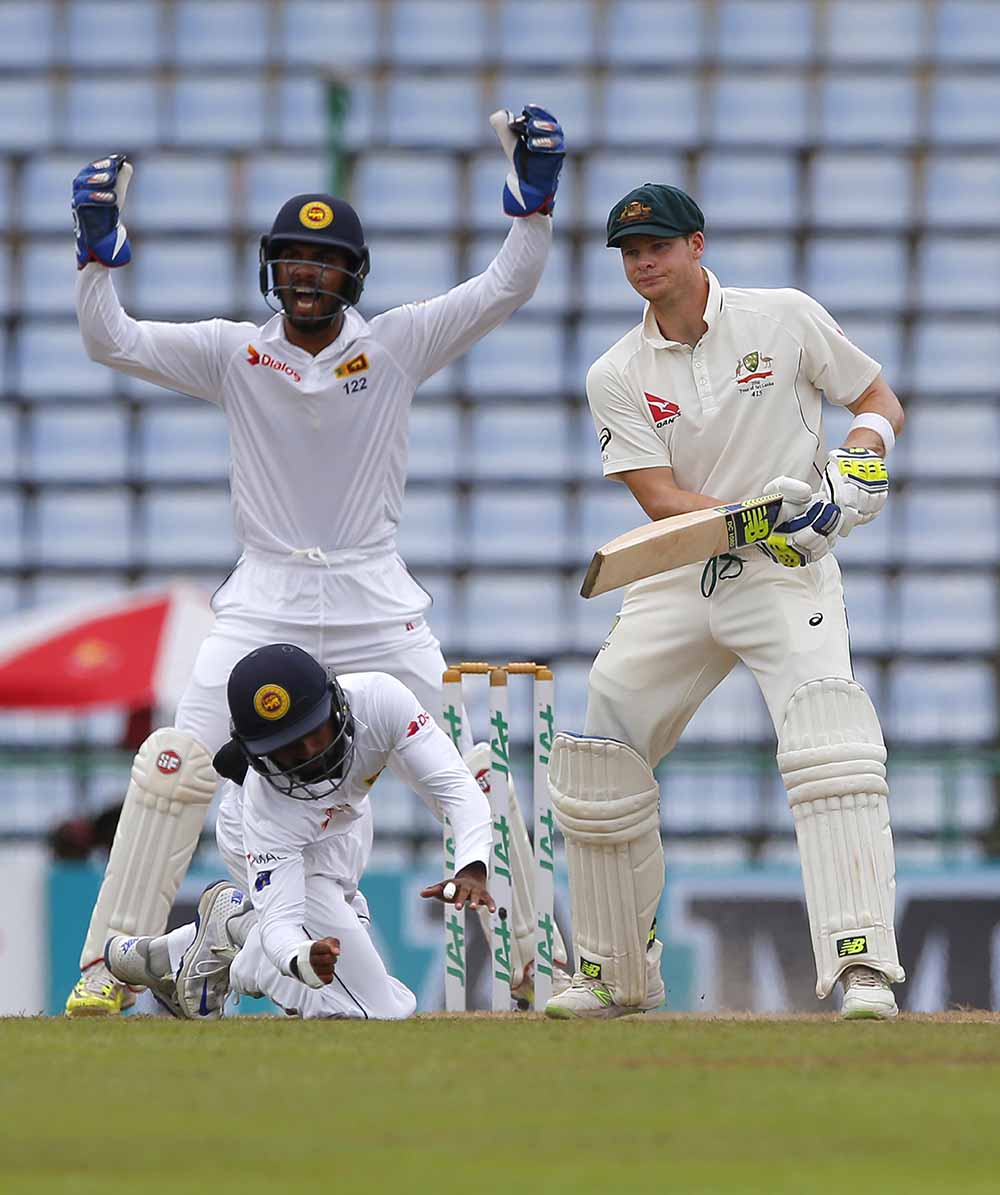 While it’s impossible to predict exactly how the pitches in India will play, I don’t expect them to be significantly more helpful to spinners than the surfaces in Sri Lanka. Part of the reason it is so difficult to make predictions about the upcoming decks is that three of the venues have never before hosted a Test.

The grounds for the first, third and fourth Tests – Pune, Ranchi and Dharamsala respectively – will host Tests for the first time, with only second-Test venue Bangalore a known quantity.

In the past 43 years, 21 Tests have been played at Bangalore. Australia have played at that ground during three of their previous four Test series in India.

Most recently, in 2010, Australia managed to crumble to a seven-wicket loss despite posting 478 in the first innings. Prior to that, in 2008, Australia turned in a strong performance, setting India 299 to win in the fourth innings before the match ended in a draw.

And in 2004, Australia dominated the hosts in Bangalore, winning by 217 runs on the back of a sparkling 151 on debut by Michael Clarke.

The most recent Test at Bangalore, in November 2015, was washed out, but not before South Africa were rolled for 214 batting first, with India’s star spin duo Ravi Ashwin and Ravi Jadeja combining for eight wickets.

Bangalore shapes as the pitch most likely to take significant spin in the upcoming series, but it remains to be seen whether the other three decks will offer anything more than the ordinary amounts of spin seen during recent Tests in India.

Regardless, Australia have picked four spinners in a Test squad for the first time in more than 20 years, with Nathan Lyon, Steve O’Keefe, Mitchell Swepson and Ashton Agar all selected.

Australia look likely to start the series with two specialist spinners (Lyon and O’Keefe) and two frontline quicks (Mitchell Starc and Josh Hazlewood) plus an all-rounder batting at six or seven. Whether that all-rounder is a spinner, in Glenn Maxwell or Ashton Agar, or a seamer in Mitch Marsh will depend on the tourists’ reading of the Pune pitch.

The surface which may suit Australia the most is Dharamsala. At an altitude of 1457 metres, temperatures are likely to be in the low-20C range – cool conditions that make it seem unlikely the pitch will be too dry. It could potentially be moist enough to bring Hazlewood, Starc and Marsh into the game.

But, make no mistake, this series will be decided by spin, even though the pitches do not seem likely to be dustbowls.