Adam Voges is the second-best batsman of all time. The stats say so.

Yes, yes, yes, I realise the sample size of the relevant material isn’t very big (played at least 20 Tests) so you can stop your coughing, but until somebody else puts up better numbers than Voges, then in second place he will remain.

Better, in fact, than everybody bar Don Bradman, who isn’t likely to relinquish his grip on top spot. If ever, actually.

But back to Voges. A good, solid operator who, with years of first-class cricket behind him, took his belated chance with both hands and firmly endorsed the adage of not being able to buy experience.

All achieved under the forever loosening scythe of Old Father Time, Voges’ late flowering was a nice and simple lesson for not only cricketers but sportsmen and women the world over, of never giving up because you just never know when fate is going to deal you a decent hand.

It is inevitable that what he achieved will induce a retort by some of being a consequence of the era played in; of weaker bowling attacks and flatter surfaces; of a lack of patience showed by the younger generation. But therein lies the crux of the argument that pits era against era. 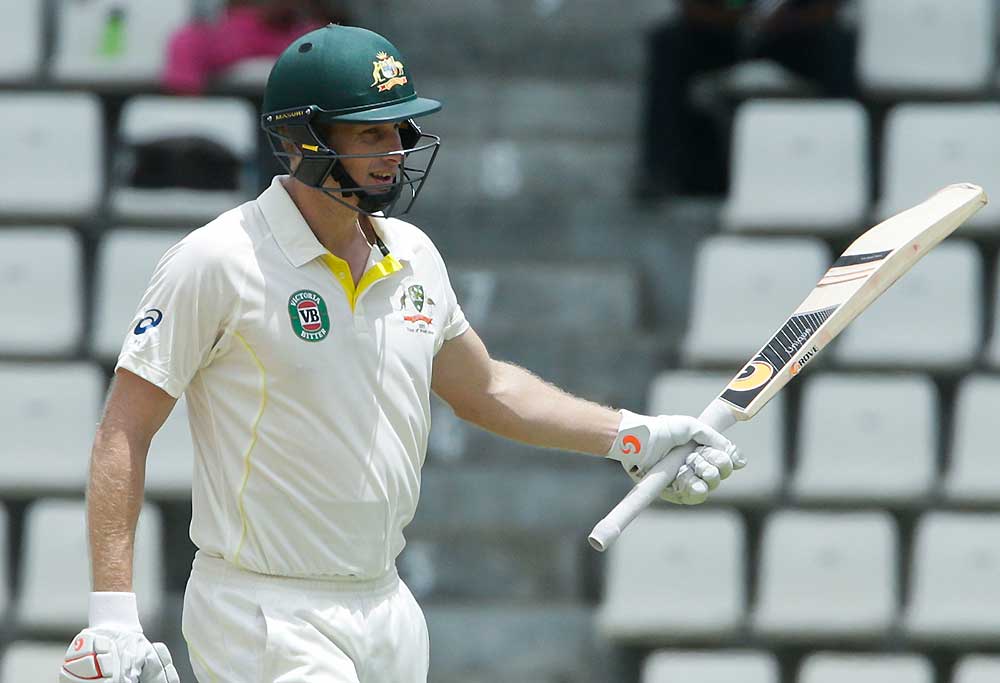 It generally makes for good conversation but always without a definitive answer.

There are seemingly indisputable facts formed by a proximity to a particular time. George Best had few equals as a footballer to many of my dad’s age, but those who have only seen Lionel Messi may disagree. I’ve not seen a golfer capable of getting anywhere near Tiger Woods in his prime, but I wasn’t around to see Arnold Palmer or Jack Nicklaus strutting their stuff.

I could go on and on, renegotiating the same circle time and again without ever spying a finish line.

If some kind of reasoning can be applied to such a quandary then it is usually via the medium of stats. What else, really, is there by which to judge?

There will never be a completely reliable method as eyewitness accounts are subjective but at least numbers add something tangible, the meat to the bone if you like. Yet even then, the full story cannot be trusted to a computer screen or spreadsheet.

Not even Voges himself would place his ability as a batsman alongside some of the luminaries mentioned, but it’s hardly his fault that the West Indians he faced didn’t have Curtly Ambrose and Malcolm Marshall galloping in, or the New Zealand vintage of 2016 weren’t led by Richard Hadlee.

It was thought-provoking the other year when suggestions were made regarding the stats from the pink-ball Test matches existing outside of those gathered from the red-ball equivalent; of the novelty element rendering whatever was achieved as needing an asterisk against it.

Not necessarily a silly idea, but where would the line be drawn if you went down that road?

Not all Test cricket has been played on covered wickets, with DRS, with neutral umpires, or with the benefit of artificial light. A couple of those points may be a touch facetious but you get my drift.

It’s an imperfect method but until the day comes when every individual has an identical environment and set of circumstances, in all of its manipulative glory, it’ll simply have to do.

Cricket exists in a sea of stats, it always has and it always will. Their relevance may come and go depending on what’s in vogue at the time – Peter Moores was slaughtered for supposedly relying on them during England’s disastrous 2015 World Cup but T20 franchises are increasingly basing their strategies on data – but they’re not going away.

So while you can mock all you like, Adam Voges is the second best batsman of all time.

Why? The stats say so.

Alec Swann
Expert
Alec Swann is a former Northants and Lancashire opener turned cricket writer. Outside of the joys of a Test match, Newcastle United and golf generally occupy his other sporting interests with a soft spot for the Newcastle Knights.
close