Love it or hate it, the AFL is top dog of Australian sport

When it comes to marketing a sport few do it better than the AFL.

It starts with the very name itself.

Ask a lot of parents what sport their kid plays, and they will say, “AFL”. The kids will say the same.

Yet they aren’t playing AFL at all. They are playing Australian football, for the AFL is the 18-team elite level national competition.

No other sport in the world is referred to by the name of its national league.

When asked about which sport they play, no Australian kids would say NBL, NRL or A-League if referring to basketball, rugby league or football.

Likewise, in England they would not say they play EPL, or in the United States that they play NFL or Major League baseball.

It is a simple illustration of how all pervasive the AFL has become within the code itself.

On a global scale, by average attendance per game, the AFL is the fourth largest league in the world with 33,200 fans attending each match.

The introduction of clubs on the Gold Coast and in Western Sydney in the past six years – two non-traditional Australian football markets – has seen average match attendances decline from the record 38,400 in 2010. 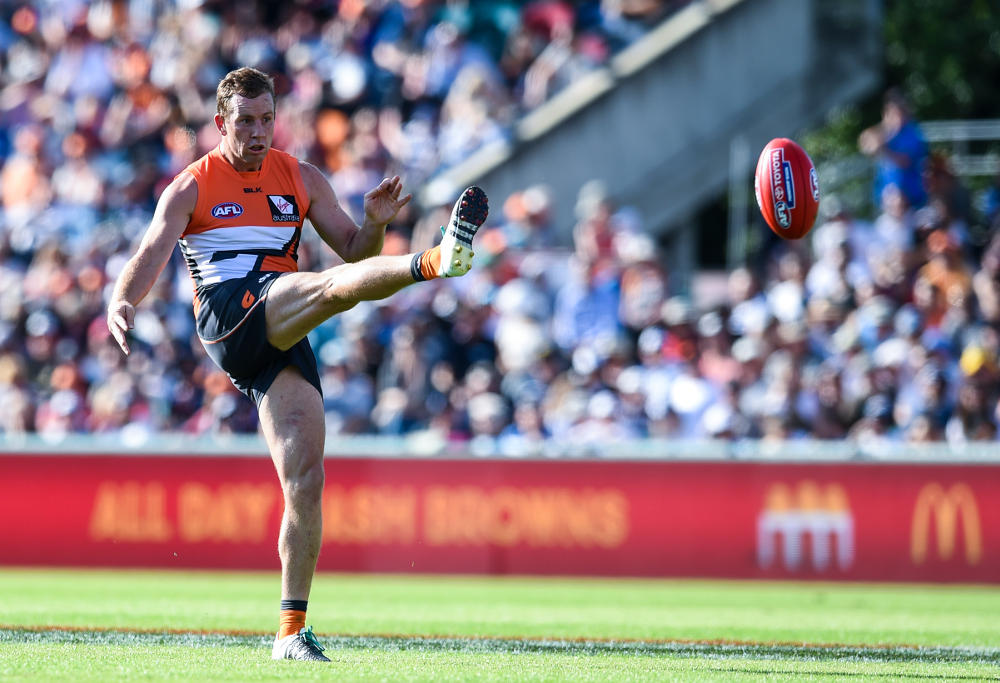 Like the NFL, the AFL is an unusual beast in the fact that it is a purely domestic sport.

In the case of Australian football, this has proven to be a double-edged sword.

One of the great attractions of sports like football, cricket, basketball and the rugby codes is that they have all have an international flavour – none more so than football with the ‘world game’ having a strong footprint in over 200 countries.

For anyone taking up those sports, there is the ability to either tour overseas or base yourself off shore and play professionally.

That has seen many leading athletes leave Australia to ply their trade overseas.

With Australian football, there is no such issue which means the very best in the sport must play here.

It means that the highest possible level of the sport is played solely in this country, just like the NFL is in the United States.

The greatest change to Australian football came with the expansion of the VFL.

South Melbourne morphed into the Sydney Swans in 1982 ahead of the West Coast Eagles and Brisbane Bears joining an expanded competition in 1987.

The VFL was renamed the AFL in 1990 and subsequently, further expansion teams sprouted in Western Australia, South Australia, Queensland and New South Wales.

Unlike the NRL, the AFL took on the guise of a truly national competition.

There is no doubting that Australian Football is being challenged by football and that will continue to be the case.

The factional infighting that blighted the sport in this country for so long is a thing of the past and has consequently resulted in a far more professional and businesslike approach at the board table.

The world game is better placed than ever to make solid inroads into Australian football’s dominance of the nation’s sporting landscape.

Football participation rates nationally are significantly higher than Australian football’s and there has been an increase in spectator numbers with match crowds averaging around 13,000 for A-League fixtures. 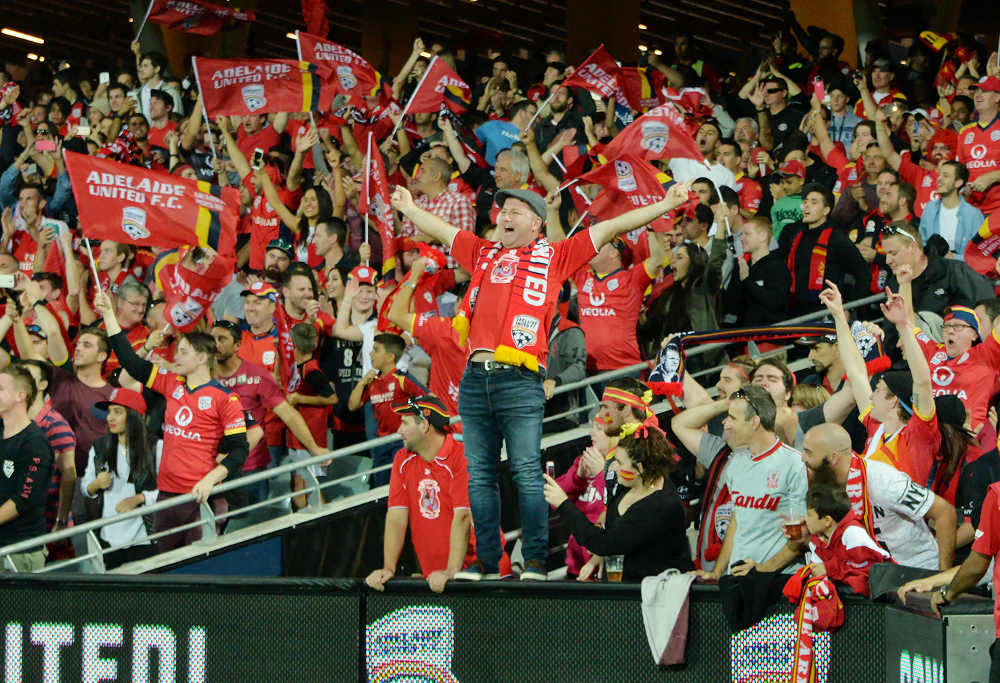 It is the TV rights area, however, where the AFL continues to garner massive leverage.

By comparison, the NRL’s latest five-year TV deal was worth $1.8 billion while the FFA’s recently signed TV package for Socceroos, Matildas, A-League W-League and FFA Cup matches with Fox Sports over six years is worth $346m.

A separate deal for the A-League on free-to-air television on Saturday nights for the next six seasons is expected to be inked shortly.

The major reason the A-League and NBL are played primarily in the summer months rather than the traditional winter period for the codes in this country was predicated on being able to find greater media traction rather than it being head-to-head with the NRL, and in particular, the AFL.

The financial muscle of the AFL – garnered through its broadcast rights, membership and spectator base, and record levels of Australian corporate sponsorship – has allowed it to introduce its AFL Women’s competition which has been an overwhelming success.

The TV audiences have massively outstripped other female domestic leagues and some of the matches have seen lock-outs with crowds as high as 25,000.

Cannily, the AFL made admission free, which has been a masterstroke.

It has resulted in exposing thousands of people to the new competition who may not have otherwise attended.

The large crowds and the big TV audiences will inspire thousands of young girls to take up the sport which will, in turn, bring their parents to the code as well. 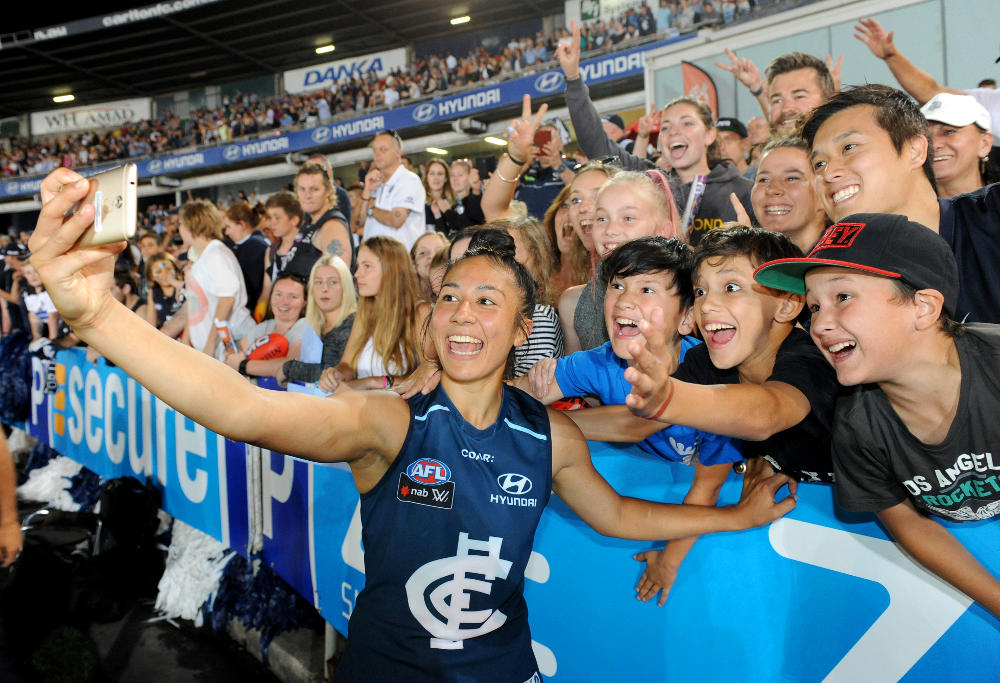 Placing the competition where it has, in the two months leading up to the AFL home-and-away season, has provided the sport with an extra two months of media coverage, especially in the month prior to the start of the AFL pre-season series.

The AFL has always looked to maximise its media exposure with the months of October and November nowadays peppered with stories surrounding the trade period, free agency and the national and rookie drafts.

What used to be a sport that garnered public attention between the months of February and September is now pretty much a year-round staple for media outlets.

On Wednesday, Mike Fitzpatrick announced he will be shortly stepping down after ten years as AFL chairman, to be replaced by outgoing Wesfarmers managing director, Richard Goyder.

While the man at the top of the tree may be changing it is safe to assume that the sport itself will continue to dominate the Australian sporting landscape for many years to come.