Why is nobody talking about John Wall?

Recently I was sitting at a table with other basketball enthusiasts talking about who is leading the NBA’s MVP race at the All Star break.

The obvious names like Russell Westbrook and James Harden were brought up. LeBron James was mentioned, as were Kawhi Leonard and Isaiah Thomas. Even Anthony Davis and DeMarcus Cousins were talked about.

But not a single mention of John Wall.

Now, I am not suggesting that Wall is the league’s MVP. While I am not putting it out of the equation, as of right now, he is not quite there.

If it weren’t for the staggering numbers being put up by Westbrook and Harden this season, or the dominance of Thomas, people would not be able to stop talking about John Wall.

However instead, he is hardly getting a mention in the mainstream media. 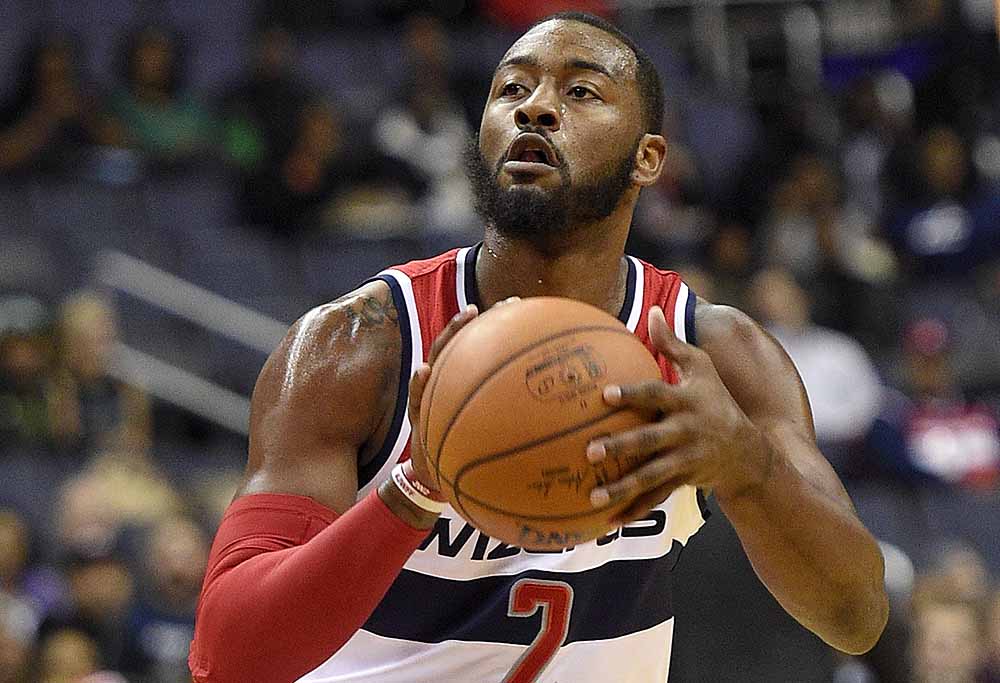 Wall has the fourth highest assist percentage in the NBA at 46.4%. And when you consider that his usage rate is only at tenth in the league, that is impressive.

He’s also averaging just 4.2 turnovers per game, making his assist to turnover ratio better than the likes of Harden, LeBron and Westbrook.

Westbrook may be the only player in the NBA that plays at a higher speed than Wall.

Wall’s ability to start a one-man fast-break and put the defence on its heels is a large part of why Washington has the third best record in the eastern conference.

The Wizards have a solid team surrounding Wall, led by two of the best shooters in the NBA – Bradley Beal and Otto Porter. This shooting has spaced the floor quite nicely for Wall, allowing him to get to the rim and find open shooters.

However, the biggest improvement Wall has made in the 2016-17 season has been with his shooting.

The Washington Wizards right now are a dangerous team. Similarly to the Thomas-led Boston Celtics, they are chasing down the Cavs for the top seed in the eastern conference.

Without the greatness of Wall this season, the Wizards would be competing for a low playoff spot at best. The former number one draft pick’s game has developed to a point where he is a legitimate MVP candidate, and he is making his case to be regarded as one of the best pure point guards in the NBA.

He probably won’t win the MVP this season. He may not even be in the top five when it’s all said and done.

But the fact that he is not getting recognition from fans and media alike is insane.